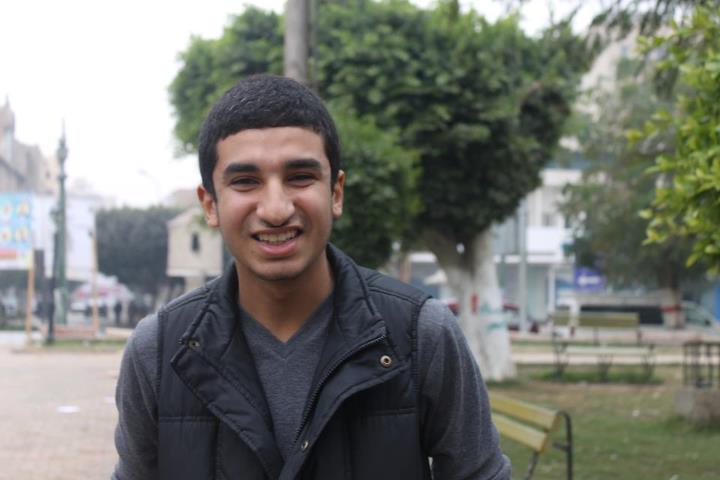 The ‘No for Compulsory Military Service Movement’ founded in 2009 has received little local media attention, save in connection with the imprisonment of one of its founders, Maikel Nabil, last year. Nabil, a pacifist and long-time opponent of the military institution in Egypt was sentenced on charges of ‘insulting the military’, and spent almost a a year in prison before being pardoned and released. Today, Global Voices points to the efforts of another young Egyptian who is speaking out against not only against conscription, but against requiring students to attend classes related to military education.

Hailing from the southern governorate of al-Minya, Ahmed Hassan, 18, is a blogger and member of the No for Compulsory Military Service Movement. In May of this year, he took the bold step of posting a video online (embedded below), in which he explains his stance against required military education in Egypt’s schools and universities. In it, he explains that his school, once a military high school, named al-Minya Military School, was renamed al-Minya High School for Boys, but nonetheless, the school continued to require students to attend military classes.

He launched a campaign, ‘No to Militarization of Schools’, calling for students to boycott military-related classes, a move which very nearly led to the school not allowing Hassan to receive his high school decree, as well as being threatened with 15 days of forced military training. Eventually, his school relented and allowed him to graduate, setting an important precedent for the movement.

Hassan is not the first activist to speak out publicly against compulsory military requirements, preceded by the likes of Emad al-Dafrawi who posted a video online in which he states, as a pacifist and anti-militarist, he is a conscientious objector to military service.’

A protest also took place in front of the State Council, with students speaking out against the Minister of Defense’s decision to prevent enrolled students from traveling abroad. Mark Nabil, Maikel Nabil’s brother, has also filed a lawsuit against the Defense, Interior and Justice Ministers after recently being prevented from travelling to Germany as a result of this decision, which stipulates that students cannot travel without permits granted from the military establishment, which are not issued during the school year.