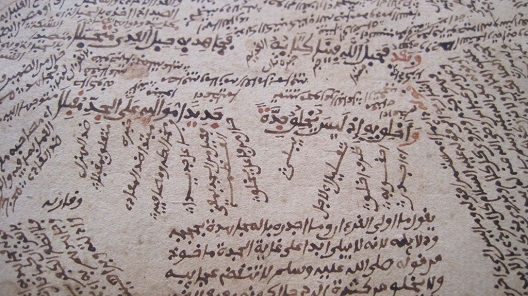 Arabs often see MSA’s decline as the failure of their nations to uphold the legacy of Arabic, the language of the Qur’an and Islam. Though some rejoice in the strengthening of vernaculars, the so-called colloquials or dialects, as a sign of local identities gaining prominence, the withdrawal of MSA is in fact a warning about the weakening social infrastructure and declining education system.

Before going further, it is worth asking whether MSA truly is on the decline. Unfortunately, there are not clear statistics one way or the other, and generally what people are looking at are individual indicators. MSA is typically used in pan-Arab media, formal situations such as political speeches, religious sermons and texts, and literature. When people speak of the decline of MSA, they generally refer to decline in literature, literacy, and increasing predilections to use dialects or foreign languages instead of MSA.

Weakening economies, wars, and censorship are some of the main factors driving MSA’s decline. Literacy rates in the Middle East are on the rise, with the exception of Iraq in recent years (and probably Syria as well, if statistics could be gathered from the war-torn country), but the measurements can be misleading. The statistics often look merely at functional literacy, or the ability to understand “a short, simple statement about one’s everyday life.” They are also based on surveys which use a binary scale of literate versus not literate, where interviewees are asked to answer on their own (and so suffer from self-selection bias). Questions of different levels of literacy, or different skill sets such as the ability to produce (write), actively engage with a text, or merely passively read, are typically not addressed.

Hence, it is not contradictory to say that functional literacy is on the rise, but that access to and use of MSA—such as sophisticated literature and academic texts—is on the decline. The Arab world is now publishing only between 15,000 and 18,000 books annually, as many as Penguin Random House produces on its own. Egypt was once the largest producer of books with an output between 7,000 and 9,000 per year. Although its output was previously on the rise, it dropped by a whopping 70 percent after the 2011 revolution, and as of 2016 was only “showing signs of recovery.” Greece translates five times as many books into Greek as all 22 Arab nations combined. Abdelfattah Kilito, a Moroccan writer and literary critic, stated that his Master’s students “don’t read anything at all.”

Major Arabic hubs, particularly Egypt, Lebanon, Syria, and Iraq, are all suffering. Negar Azmi, the senior editor of Bidoun, writes, “Under Mubarak, the Egyptian literary scene… floundered.” Censorship drives intellectuals abroad, such as the Egyptian intellectual Nasr Hamid Abu Zayd, a professor at Cairo University who wrote about religion. A court declared Abu Zayd an apostate and divorced him from his wife (since a non-Muslim man cannot be married to Muslim woman in Egypt). Subsequent death threats eventually led him and his wife to seek refuge in the Netherlands. Even if a book is not officially banned, it can be made inaccessible in other ways, such as there being no outlet to publish and print it.  After asking in numerous stores in Egypt about Muhammad Yusuf Quʻayd’s novel Laban al-’Asfur, admittedly a book written in Egyptian colloquial, I was told that it was not banned but bookstores wouldn’t carry it because it was controversial.

Syria and Iraq are both suffering from wars. Syria, once known for its Arabic academy for the study and development of the language, as well as for the fact that its entire education system up through university was in Arabic, is now destroyed. Refugees find themselves in countries where Arabic is not used in education. Even neighboring Lebanon uses English and French in its education system.

The combination of these factors has also decimated the educated classes—those who would be reading and writing in MSA—in the Arab countries. The educated classes often speak, or are at least able to speak when needed, a more educated form of Arabic, what Egyptian linguist Said Badawi called “the intellectual’s colloquial” to represent that it was closer to MSA than the speech of less educated and illiterate people. In typical brain-drain movement, those who are able are moving abroad, to avoid the wars, find work, and secure futures for their children. Even those who are not leaving often favor foreign languages over MSA. They see foreign languages as more functional, prestigious, and likely to guarantee them a job. Youth across the region often work entirely in a foreign language and are not comfortable in MSA. Northwestern University’s Qatar campus recently reported that most of its students are not proficient enough in MSA to appear on Al Jazeera. Gulf Arab youth are reportedly using more English than Arabic at home.

MSA is also suffering because of how Arabs perceive it. While MSA is often seen as being used in formal situations (and in fact is sometimes called Formal Arabic), the context is revealing. With the depletion of educated classes, MSA is more and more limited to political and religious contexts, which are often associated with oppressive and conservative systems. Literature is generally heavy material; there are few light reads such as “beach books,” or more entertaining forms of literature such as graphic novels, published in Arabic (MSA or colloquial). In contrast, the most popular TV shows and movies are done in the vernaculars. On social media, dialect dominates, though MSA is also used.

Interestingly, there have been some efforts to reinvigorate MSA, but in the face of the declining economies, wars, and censorship, these efforts are unlikely to be enough to rescue MSA. Some Disney movies are being dubbed in MSA instead of the Egyptian dialect, the latter which was often used so that the films would be more accessible among children. Some graphic novels are also being published in MSA. These products, though, suffer from lack of accessibility, so it is unclear if they will be financially sustainable in the long run. For example Humphrey Davies, well-known for his translation of Arabic literature books, says that while graphic novels and comics have been immensely successful since the 2011 revolution in Egypt, they are frequently censored because of the “immediacy of their visual impact.” In general, the Gulf is showing a growing awareness that interest in MSA is lacking but have not proposed realistic solutions. Exhibiting the irony of the situation, much of the media (articles and videos) that talk about MSA’s decline are in English. There have also been studies looking at how to improve Arabic education, but they require massive social and bureaucratic changes that simply cannot be implemented quickly and easily.

The decline of MSA should worry policy makers. It shows the decline of the educated classes and the failure of Arab governments to create education systems that can meet their constituents’ needs. Though some celebrate the widespread use of the vernaculars in social media, as a sign of local identities triumphing over enforced “pan” identities, this should be met with caution. Local identities are not necessarily national identities, but are often subnational, so rather than showing strong national cohesion, it shows the failure of the Arab states to unite their populations.

Even if dialects grow in prominence and reach the status of official national languages—an outcome unlikely given the prestigious status Arabs give MSA—other challenges arise. Colloquials have never developed technical vocabularies the way MSA has, and education systems would have to be entirely revised to teach dialects.

The narrative is bleak, but this does not mean the situation is hopeless. In the past, when their economies were stronger, Arab states were able to build an educated class that was comfortable with MSA. Nonetheless, without investing in their populations, without making a concerted effort to change the perception of Arabic, without revising their education systems to better bridge between MSA and dialects, we will likely continue to witness a decline in MSA, reflecting a broader decline in the region.

Hossam Abouzahr is the founder of the Living Arabic Project, a platform devoted to making Arabic more accessible by developing dictionaries for Arabic colloquials and MSA. Follow his project on Facebook and Twitter.