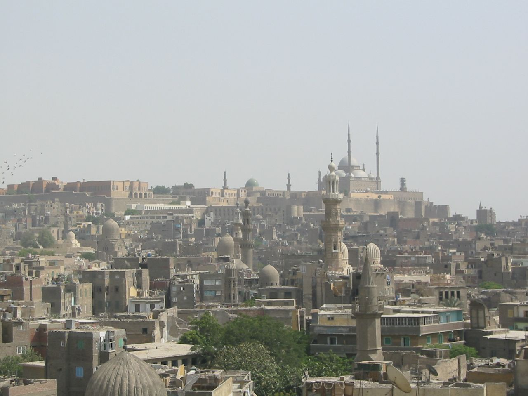 When Sudan’s government was bombing hospitals in one of its own states in 2011, Kareem was among the activists detailing the atrocities. His work tracking the counterinsurgency in South Kordofan made him a target for Sudan’s security services, and in December 2012 he was accosted by two men who sprayed him with a nerve agent that put him in the hospital.

After he recovered, the 46-year-old fled to neighboring Egypt where he was given refugee status. Kareem thought that he could continue to monitor rights abuses in Sudan from a safe distance in Cairo, but he was wrong.

In July this year, an anonymous caller rang his phone and a voice told him to come to an address in Cairo. The caller said that he was an agent of Egypt’s National Security Agency and threatened to arrest Kareem if he did not comply.

Three Egyptians and two Sudanese men confronted Kareem when he arrived at the location. They took him to a small room, in a large empty building, where the Egyptians did all the talking.

“They told me to leave Egypt without making any noise or approaching the UN refugee agency. I told them that the [Sudanese] government canceled my passport but they didn’t care,” he said.

Kareem is one of forty-eight Sudanese refugees that Khartoum is hunting in Egypt, according to a wanted list leaked by a dissident at Sudan’s embassy in Cairo. A hard copy of part of the list was photographed inside the embassy and shared with Refugees Deeply.

Ten people from the partial list of twenty-six names say they were threatened by the ENS since late June. Seventeen other Sudanese opponents suspect they are also on the list after receiving calls from the Egyptian intelligence.

Some refugees have been told to leave the country, while others have been ordered to terminate their political activities or face deportation from Egypt. Several of those contacted have, like Kareem, gone into hiding.

Their ordeal points to a clear gap in international refugee protection. Refugees who fled Sudan for defying their government have found little protection in Egypt due to what appears to be close security cooperation between the two countries.

Egypt and Sudan have a history of working together to eliminate internal threats to their respective regimes. Egyptian peacekeepers who made up the bulk of the UN mission in South Kordofan in 2011 faced repeated allegations of failing to protect local civilians from the military and of handing over dissidents to regime forces.

The exact nature of security arrangements remain secret. Hosam Nasser, then the human rights spokesperson at Egypt’s interior ministry, said he did not know of any requests from Khartoum for Cairo to hand over political opponents.

Sudan’s embassy in Cairo is equally coy on the existence of any deal between the regimes. Embassy spokesman Rashad Abdel Wahab declined to comment on the scope of the embassy’s collaboration with Egyptian security services.

However, a source in the embassy confirmed to Refugees Deeply the existence of a quid pro quo arrangement between Khartoum and Cairo under which Sudanese political opponents in Egypt were sought in return for a crackdown on members of the Egyptian Muslim Brotherhood in Sudan. The Brotherhood has been outlawed since the overthrow of Mohammed Morsi, Egypt’s first democratically elected president after the 2011 revolution.

“Egypt has handed over some high profile opponents of the Sudanese regime this year,” said the embassy source. “The bilateral agreement is confidential. They don’t want the media to find out.”

Human Rights Watch has accused Egypt’s National Security Agency of abducting scores of alleged Morsi supporters and other critics. Between July 2013 and September 2017, Human Rights Watch reported that thirteen people had been tortured to death in ENS custody.

Neither the UN nor local rights groups have recorded the expulsion of any Sudanese refugees in Egypt, but the leaked list has caused some alarm.

Musab was not surprised to see his name on the list. Egyptian security had already called him in June and ordered him to leave the country and not to contact UNHCR.

Despite the threats, Musab says that the agents he spoke to made it seem like they were doing him a favor: “They said they were giving me a chance to leave Egypt quietly.”

Musab came to Cairo in 2015. He was fleeing the war in Sudan’s Nuba Mountains, where the government has been fighting a bloody counterinsurgency against remnants of the forces left over from the decades-long civil war that split Sudan into two countries.

Musab, a staunch critic of Khartoum who has authored essays on social media condemning state-sanctioned killings, knows the dangers of defying the regime.

In 2016, he started receiving death threats over the phone and Facebook from Sudanese government agents. The same year, Musab says that two Sudanese men—whom he suspects were government agents—made a failed bid to kidnap his wife and son outside Cairo airport.

Now, Musab has sent his family into hiding until he can find a way to smuggle them out of the country. Contacting the UN refugee agency, he says, is out of the question.

Relations between many Sudanese refugees and the UN agency have yet to recover from the deadly consequences of December 30, 2005. That day, Egyptian police beat twenty-three Sudanese refugees to death outside the main UNHCR office in Cairo. The police were evicting an encampment where 2,000 Sudanese refugees had been protesting changes to asylum rules.

UNHCR sought to repair their relationship with refugees by establishing an emergency housing and assistance fund for surviving protesters, but the killings left a deep distrust among Sudanese refugees in Egypt.

Aseer Almadaien, the deputy representative for UNHCR Cairo and head of protection, admitted some refugees may distrust Egyptian staff. But she said that UNHCR staff takes protection concerns very seriously and keeps their records confidential from the government.

She also said that UNHCR had been notified, by officials from foreign embassies, of threats against individual Sudanese refugees by Egyptian security agents. Almadaien stressed that solutions to their plight were being devised on a case by case basis.

But with resettlement slots shrinking worldwide, Almadaien said that UNHCR is limited in what it can do. Other protection options may include relocating vulnerable refugees to another city in Egypt or offering legal assistance. She stressed that refugees should still come forward if they have a protection concern.

“There are times that UNHCR is unable to resettle a very high profile person,” said Almadaien. “Sometimes we run out of solutions.”

Several refugees, who say they were threatened by Egyptian security, said they tried to come forward by calling the UNHCR emergency helpline, but the number is no longer operational.

With little on offer in terms of protection, some refugees are looking for any way out. Musab already visited Egypt’s coastal city of Alexandria in July in hopes of boarding a smuggler’s boat to Europe. All he could find was a berth below decks on a cargo ship where he feared his son might suffocate. Even this high risk route will cost $6,000; money he does not have. While searching for an escape, Musab got another anonymous call warning him to leave.

One of the only legal ways out of Egypt for refugees was a resettlement place in the US, but the Trump administration’s slashing of the refugee program last October has left the few who were accepted in limbo.

After Kareem was granted resettlement in June 2017, he began to dream of a future in Kansas where a Catholic charity waited for him and his family. Those dreams were put on hold after the US increased vetting procedures for refugees coming from Sudan and ten other “high-risk countries.”

The resettlement backlog swelled further in October after slots were more than halved to less than 45,000 people a year, a historic low.

When Kareem called the International Organization for Migration, an intergovernmental agency tasked with preparing his travel to the US, he was told that additional vetting is ongoing.

Now on the run, he says he’s terrified of being returned to Khartoum. The most agonizing part about hiding from the authorities, Kareem said, is being separated from his wife and six-year-old son. When he tried to secretly visit them on July 19, he was caught by Egyptian security.

After he was released, “this time they told me I had seventy-two hours to leave Egypt,” said Kareem. He is now contemplating an escape through Libya, the only route with smugglers he may be able to afford. However, the well-documented horrors faced by migrants in the country is making him hesitate. The idea of leaving his family behind is also making him pause.

In late July, Kareem risked another secret rendezvous with his family but this time at another location. His wife told him that their son was traumatized when agents detained him outside their Cairo home the week prior. She also said that he has been crying for weeks due to Kareem’s long absence. Before leaving that night, Kareem hugged his son and promised to rejoin his family soon, yet he doesn’t know when that will be.

“I told my son that I’m not leaving Egypt, but I may have to,” said Kareem. “I just know that I would rather risk my life in Libya than die in Khartoum.”

Some individuals in this story have had their names changed to protect their identity. This story has been updated to reflect that Hosam Nasser left his position at the Egyptian interior ministry.

This article originally appeared on Refugees Deeply. You can find the original here.