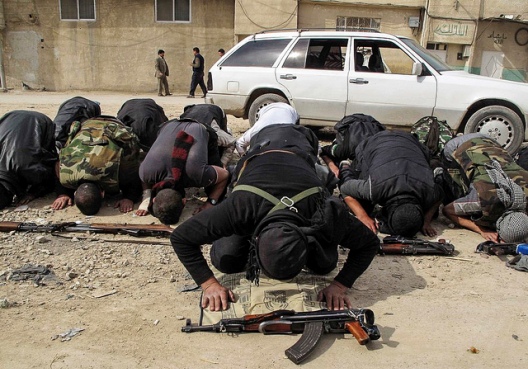 The Arab Spring accentuated two long-standing developments in the region: political Islam and Sunni-Shia sectarianism. While the path of political Islam is less certain following Egypt’s hot summer, the rise of sectarianism, especially in Syria, continues unabated. Syria and Sectarianism, Part I described the drivers of sectarianism in Syria, beginning with the rise of the Shia crescent following 2003. This sequel describes the subsequent emergence of not one but two Sunni constellations since the Arab Spring, and explores the impact of a more sectarian region on the West.

These two Sunni constellations that emerged after the Arab Spring include a pro-Muslim Brotherhood (MB) Alliance and a Saudi-led status quo Sunni alliance. The first alliance that surged ahead in 2011 and 2012 was the Sunni pro-MB group. One could characterize the movement as revolutionary given the desire to change the status quo. Members of this informal alliance comprised Mohammed Morsi’s Egypt, Recep Tayyip Erdogan’s Turkey, Qatar under the former Emir Hamad bin Khalifa, and Hamas (a distant offshoot of the MB).

In the case of Egypt, the MB led by Morsi came to power in Egypt’s first democratic election in the modern era, winning narrowly in a run-off against a Mubarak-era former air force commander, Ahmed Shafiq.

Prime Minister Erdogan became Turkey’s first successful Islamist leader, having led the AKP party to three victories at the ballot box. His pivot from Europe to the Middle East and the creeping Islamization of Ataturk’s secular Turkey help explain his warm welcome for Hamas leader Khalid Meshal immediately after the Hamas election victory in early 2006. He also saw Morsi’s Egypt as having the potential to become the second large Muslim country in the Middle East after Turkey where political Islam and democracy could coexist.

Qatar’s Emir Hamad bin Khalifa put Doha on the map through the establishment of the satellite media station, Al Jazeera, staffed largely by former BBC Arab journalists sympathetic to the MB. The Emir clearly had a soft spot for the MB, being one of the only Arab leaders to visit Hamas-controlled Gaza, and bankrolling Morsi’s government in an unsuccessful attempt to keep Egypt’s economy from spiraling downwards.

The Saudis took a different approach than the Qataris. At home they bought off domestic reformists with huge subsidies to Saudi nationals. Regionally, they called for a union of Sunni Arab monarchies, extending beyond the GCC states to include the embattled kingdoms of Morocco and Jordan. Although little actual integration has taken place within the GCC+2, none of the monarchies have yet succumbed to Arab Spring revolutions. Each of these kingdoms envisioned the radical change in neighboring countries as an existential threat to their way of life and quashed efforts to ride the tides of change.

Following a remarkable summer of setbacks to the Sunni pro-MB alliance, the Saudi-led status quo alliance emerged as the primary Sunni bulwark against the Shia crescent. At more or less the same time, four unrelated events occurred: the Taksim Square-Gezi Park demonstrations in Istanbul brought thousands of secular urban Turks into the streets in May 2013 to protest, in large part, the autocratic and Islamist rule of Prime Minister Erdogan, whose strident and bombastic rhetoric increasingly alienated allies such as the United States and other countries in the region. Soon after in June 2013, the sixty-two year-old Emir of Qatar peacefully and smoothly abdicated in favor of his thirty-three year-old son, Crown Prince Tamim. Although it is too early to tell, the new Emir is likely to focus inward on domestic development and assembling the infrastructure for the FIFA World Cup in 2022.

By far the biggest setback to the pro-MB alliance was the removal of Egypt’s President Morsi by the Egyptian armed forces on July 3, 2013 following three days of mass demonstrations by a secular coalition. Hamas not only lost its supporter in Cairo, it also found itself the target of Egypt’s new strongman and defense minister, Abdul-Fattah al-Sisi, after several jihadist attacks killed Egyptian security personnel in the Sinai. Hamas’s setback in Egypt only compounded its loss of influence in Damascus, having had to close its office in January 2012 after burning its bridges with Assad, Iran, and Hezbollah over Hamas support for Sunni rebels in Syria. Hamas struggles with a strategic problem, finding it increasingly difficult to straddle both sides of an intensifying sectarian divide and regional cold war.

The regional backlash against Islamism raises serious security concerns for the West and its allies in the Middle East. Common wisdom would suggest that the instability resulting from rising Sunni-Shia sectarianism in Syria could hurt Western interests, but there are compelling arguments that it might not. Negatives include:

On the positive side, the West sees its enemies fighting each other. An escalating fight between Hezbollah and jihadists in Syria, and now in Lebanon, weakens both. Some argue that the Western interest in Syria lies in making sure neither side wins decisively.

In terms of regional public opinion, the Arab zeitgeist has turned against Iran, Syria, and especially Hezbollah. Outside Lebanon, much of the Arab world has gone from extolling Hezbollah following the 2006 war with Israel to castigating Hezbollah for recently coming to Bashar al-Assad’s rescue and prolonging the agony of Syrian civilians.

A third positive for the West is that support for Assad has become a financial and strategic black hole for Iran. An unpopular war at home, the Rouhani government may try to enter into negotiations with the United States on Syria. Iran needs a diplomatic settlement to escape its own quagmire in Syria, and the resulting limitations on its strategic options in the region.

Finally, regional opponents of the Iran-led Shia crescent (Israel, Egypt, Jordan and the Gulf states) improve relations with each other as the Syrian stalemate continues. Rising sectarianism might allow for more quiet strategic cooperation between Iran’s two main regional enemies, Israel and Saudi Arabia. It is an irony that Israeli-Egyptian relations appear to be getting better despite the withering US-Egyptian partnership. President Barack Obama’s perceived passivity towards the Middle East may also accelerate the growing de facto alliance between Israel and Saudi Arabia, subject to a couple of caveats.

The first caveat is that Saudi Arabia asserts its regional interests and does not retreat into a fortress mentality, as it appears to be doing in declining to accept its turn on the UN Security Council. Another caveat is that Israel continues to act in a low-key manner during the regional upheaval as it has done since the beginning of the Arab Spring. Israel makes its security situation better by avoiding headline-grabbing actions that replace Syria-dominated news in the Arab media. As long as the Sunni-Shia divide in Syria is the most salient conflict in the region, the Israeli-Palestinian and Islam vs. the West conflicts gain less traction.

The Syrian civil war, which started out as something else, has turned into a full-blown sectarian conflict with implications for the region and for the West. The increasing use of suicide bombings against the Assad regime is but one of many signs of rising sectarianism. Its spread to neighboring Lebanon, Iraq, and elsewhere is another sign. Given the crosscutting impact of sectarianism on the West, it is not easy to come up with a satisfactory US policy prescription for Syria and the region.

Jonathan Paris is a London-based analyst and non-resident Senior Fellow in the South Asian Center of the Atlantic Council. Part I of Jonathan’s analysis on the drivers of Syrian sectarianism appeared on MENASource on Friday, October 18.