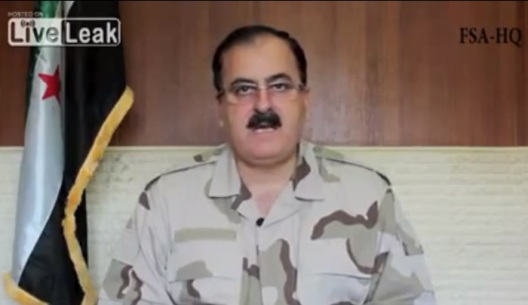 If the Geneva peace conference scheduled for January 22, 2014 features a credible proposal by the Syrian opposition for a transitional governmental alternative to Syrian President Bashar al-Assad’s regime, the conference itself can contribute to the end of corruptly brutal clan rule in Syria. If the opposition presents a national unity roster featuring prominent people—including Alawites—who have served honorably and competently as senior civilian officials and military officers, it might set in motion the rapid unraveling of a regime that has wrecked Syria and brought nothing but hardship, sorrow, and pain to all Syrians, including the community from which it springs.

Currently, the Assad regime is riding Iranian-raised militias to a series of tactical victories north of Damascus. Syrian military forces loyal to the regime—predominantly Alawite in composition—have suffered heavy losses over the past two years. Some of these units are spent. Tehran needs the Assad-Makhlouf clan to sustain its Lebanon-based strategic deterrent against Israel (Hezbollah). Yet within the Alawite community there is anguished questioning about the sacrifice already rendered and suffering still required to sustain the clan and its employees. The absence of a credible, attractive alternative is all that binds this community (and some other minorities) to the regime. The Syrian opposition can, at Geneva, loosen those shackles. Will it do so?

There is little ground for optimism. The Syrian National Coalition has roots in Syria that are shallow at best. Dubbed the legitimate representative of the Syrian people and designated as the leader and heart of the Syrian Geneva delegation by those calling themselves the Friends of the Syrian People, the Coalition never received the support it needed to establish a governmental alternative inside Syria. Sensitive to accusations that it is useless, dysfunctional, and disrespected by the West, the Coalition is understandably reluctant to go out on a limb with a transitional government roster that might anger activists inside Syria who have borne the brunt of regime atrocities. Like political parties everywhere, the Coalition must be attentive to its base. Sadly, and for reasons not entirely of its own making, the Syrian National Coalition has no base.

Recent events have highlighted the extent to which respectable Syrian nationalists in the opposition have been sidelined, and the recent suspension of non-lethal assistance to the Free Syrian Army by the United States further attests to this reality. Fighters affiliated with the recently formed Islamic Front—a coalition of armed, non-al-Qaeda Syrian Islamist groups opposed to the Assad regime—recently seized some US-supplied, non-lethal materiel from the Free Syrian Army. Personnel of the Islamic Front can now dine on meals-ready-to-eat and communicate with one another using equipment paid for by US taxpayers. General Salim Idris, the very capable officer through whom the United States wanted all weaponry and equipment for the armed Syrian opposition funneled, has seen forces he had hoped to command migrate to Islamist formations whose sponsors and supporters deliver arms, ammunition, and money, as opposed to rations, medical kits, radios, and pickup trucks. The Coalition-affiliated Supreme Military Council and the disparate units of the Free Syrian Army loosely associated with it are now essentially out of business.

This state of affairs means, in essence, that the Obama administration can be tempted now to abandon altogether its awkward pretense of supporting the Supreme Military Council. That support, such as it was, never amounted to anything important despite the good intentions of Secretary of State John Kerry and the hard work of some dedicated US operatives. Even if the administration were to decide now that the persistence of the Assad regime and the rise of Islamism in the armed opposition are developments that threaten regional stability and therefore US interests, it would be an operational challenge of the first order to resuscitate an entity gradually starved to death while on periodic, ineffective life support. The effort may well be worth making, if for no other reason than political Islamism of the variety transcending the Muslim Brotherhood has scant popular support in Syria. Yet things that should have been done in 2012 are now so much harder in 2013, much to the detriment of vulnerable populations in Syria.

The Obama administration will lose no sleep over the marginalization of armed elements it never effectively supported anyway. But what is to be done about Geneva? The United States has been the driving force since May of this year for the convening of Geneva 2; a force that has accelerated in the wake of a chemical weapons agreement giving the Assad regime and its foreign supporters a free hand to do as they wish to Syrian civilians so long as they do it without chemicals. Yes, the administration will object to this characterization. Yet where, as the chemical divestiture process unfolds, is the credible threat of military force it pledged to preserve? Geneva, in the official American view, is the place where Syria’s political transition from brutally corrupt clan rule to something better is to be set in motion. Geneva is the place where diplomatic alchemy is to trump that which is happening on the ground.

There would seem to be one salient, stubborn fact obstructing the alchemy: Iran and Russia are propping up a regime whose violent, blatant sectarian survival strategy is abetting the cancerous growth of an Islamist armed opposition. This opposition, in turn, is pushing off the battlefield and out of political relevance anything smacking of moderate, nonsectarian nationalism and civil society—values most Syrians would like to see reflected in their governance. If the goal at Geneva is to undermine the uncaused cause of Syria’s destruction—the Assad regime—by presenting an alternative deemed attractive by those who preserve and support the regime only because the alternative seems to be radical Islamism, who then is to present that alternative? Those of moderate political inclinations whose failure to rally the West and become rooted inside Syria has left them sadly adrift and broadly discredited? Or those who have decided to fight the regime in the name of Islam without waiting for Washington to lift a finger?

This is the dilemma the Obama administration has created for itself. It now sees that for Geneva to play its desired transition function, it is the non-al-Qaeda Islamists who must either come to Switzerland or authorize others to do so and put on the table a list of names that would comprise the transitional governing body called for by the Geneva Final Communiqué of June 2012. It is the Islamic Front that must agree to persuade Alawites, Christians, and others (especially those it is battling in the security services) that the country’s political transition would be led not by Islamists, not by the National Coalition, and certainly not by al-Qaeda; but by people who have managed to serve Syria decently without immersing themselves in blood, enriching themselves in corruption, or debasing themselves in criminality.

This is, for the Obama administration, an untimely and inconvenient turn of events. Its ideal outcome would be one in which the rapacious ruling clan departs, and government and opposition armed forces then join together to eliminate the al-Qaeda presence in Syria. It believes it sees in the regime’s current condition a degree of fragility that can be brought to the breaking point if only the opposition would coalesce in Geneva around a reasonable political transition proposal. Yet it must now depend on a coalition of Islamists to put forward or to authorize others to put forward a transitional governing roster that the bitterest Syrian enemies of political Islam would find reassuring. This will not, for the administration, be a pleasant or easy sell. Having abandoned opposition Syrian nationalists, the administration may have little or no appetite for sustained contact with Islamists.

As usual, in the Syrian context, there are no easy answers or silver bullets. Pursue a dialogue with non-al-Qaeda Islamists? Become reconciled to a continued leadership role in Syria for a murderous clan neck-deep in war crimes and crimes against humanity? Take credit for a country cleansed of chemicals, but otherwise try to stand aside while Syria burns and its children scream in terror?

Regime survival guarantees no civilized future for Syria. The clan is not an alternative to political Islam in Syria—it is the catalyst of Syria’s sectarian breakdown and the cause of an al-Qaeda presence featuring foreign fighters. The administration’s Geneva approach to regime change defines the term long-shot. Yet it has no real choice other than to play the hand it has dealt itself.