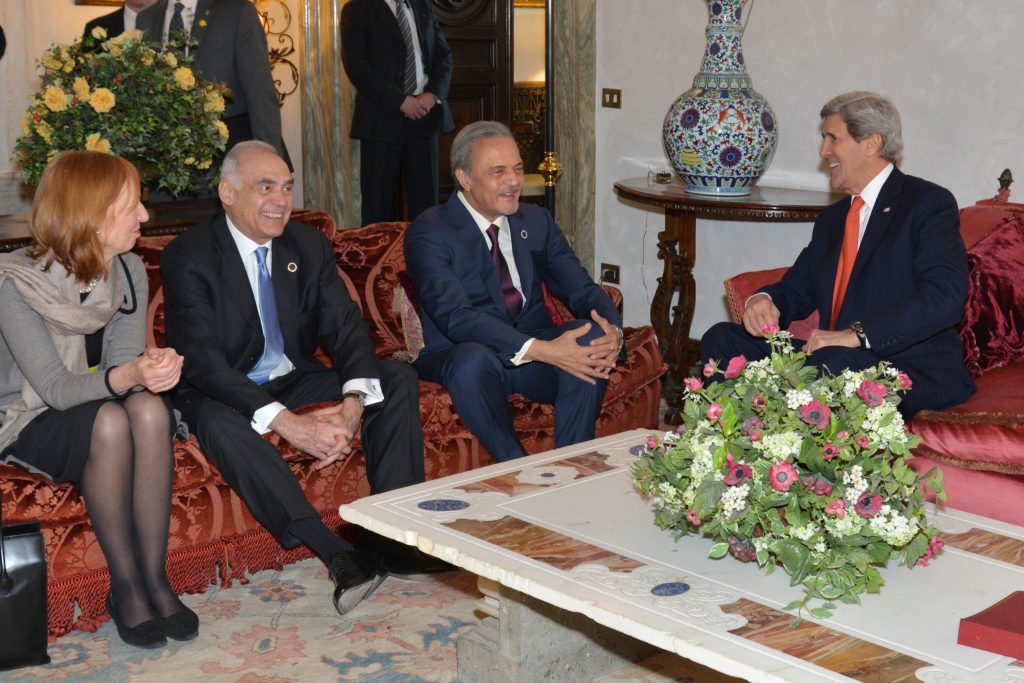 Allies and friends of the United States around the world are intensively watching the reaction of Washington to the effects of chaos in Syria on American allies and friends within reach of the Assad regime’s survive-through-terror campaign.

That Japanese diplomats, for example, map with microscopic detail the deliberations of the Obama administration, focusing in particular on apparent discrepancies between strong rhetoric and soft action, has little to do with fascination with Syria and its neighbors. Rather it has everything to do with Japan and with Tokyo’s appraisal of the current value of the US-Japan alliance.

Does the fact that allies and friends examine US behavior toward Syria and draw conclusions therefrom about their own circumstances and relationships dictate a particular course of American action? It does not. Does it suggest that allies and friends have individual or collective prescriptions for what the United States should do about Syria? Certainly not. This is not the point.

Beginning in August 2011, allies and adversaries alike have heard President Barack Obama employ strong language in connection with developments in Syria. Bashar al-Assad should step aside. Chemical weapons use by the regime would cross an American red line; it would be a game-changer. Presidential rhetoric has been routinely supplemented with daily doses of senior officials and spokespeople condemning things “in the strongest possible terms” and pointing with alarm to the depredations of the regime and Iran-assembled foreign fighters striving to save it.

Surely it is understandable that the administration wishes to speak out about the horrors it sees. It seems not, however, to have taken into account the fact that in much of the world words still matter, and that perceived gaps between American words and actions can affect how parties geographically far removed from Syria measure the value of their own security relationships with the United States.

Key people in the administration may sincerely believe what they say publicly: that US policy toward Syria has been a model of sobriety, consistency, clarity, and even success; that the Syrian revolution would be dead were it not for Washington’s efforts to isolate the regime diplomatically, punish it economically, and support the opposition through mainly nonlethal means. Yet, sincerity of belief has no bearing on how allies and friends apply their perceptions of American performance concerning Syria to their own circumstances, expectations, and conclusions. US officials may sleep well at night secure in the belief that they are handling Syria correctly and that American allies and friends are comfortable with Washington’s approach and its implications far beyond Syria. Yet those who would rely on the United States if they get in trouble, looking for more than expressions of shock, outrage, and updated numbers on humanitarian aid, are not enjoying pleasant dreams.

It is possible that some of this problem can be solved through frank, no-holds-barred consultations. For this to be so Washington should be open to advice, but must also be crystal clear with allies and friends on what it wants in Syria and how it intends to go about getting it. President Obama recently used Charlie Rose to channel his belief that a “serious” US national security interest has been triggered by the effects of Syrian chaos on Syria’s neighbors: refugees, security blow-back, and so forth. Evidently that issue and the regime’s contemptuous crossing of the presidential chemical weapons red line will be addressed in major part by the training and arming of carefully vetted Syrian rebels, though reportedly in very small numbers in an attempt to avoid the domestic political pitfall of a weapon finding its way to an al-Qaeda-affiliated person or unit. Allies and friends in Asia and elsewhere need to be persuaded that these measures and whatever else accompanies them will effectively aid allies and friends living next to Syria to protect themselves from the combined depredations of the regime and Iran (including Hezbollah and Iraqi mercenaries), supported by Russia in the background.

Although Mr. Rose might disagree, he is not the ideal channel through whom the president should address allies, Congress, and the American people about objectives and strategy in the case of Syria. Confusion still abounds. Some officials suggest that the convening of a Geneva peace conference is an objective, even though it would seem to be more properly subsumed under strategy. Some give primacy to the security of chemical weapons and the neutralization of al-Qaeda elements; arguments just as easily employed by Bashar al-Assad and his apologists for the supposed benefits of a regime victory (ignoring, of course, longstanding collaboration between Syrian intelligence and al-Qaeda in Iraq). Prior to consulting with Congress and allies, therefore, the administration would do well to decide internally what it wants to achieve in Syria and how it intends to go about achieving it.

One can imagine, for example, President Obama, Secretary of State John Kerry, Secretary of Defense Chuck Hagel, and Chairman of the Joint Chiefs General Martin Dempsey organizing their consultations along the following lines:

“We have three objectives in Syria: enhancing the security of allies and friends in the region from the consequences of chaos in Syria, the main driver of which is the regime’s artillery, air, and missile terror campaign against Syrian civilians; removal of the Assad regime, which is no more than a tool of Iranian aggression and a permanent threat to the peace in the region; and replacement of that regime with a Syrian government reflecting inclusive non-sectarianism, rule of law, and consent of the governed.”

“Our strategy puts diplomacy up-front. We are pressing the Russians to convince their client to stop the terror. At the same time we are warning them that if it does not stop, we will take action to secure the welfare of our allies and friends in the region. This action could include military strikes aimed at destroying or significantly degrading the ability of the regime to generate huge flows of refugees. We also very much want a Geneva peace conference that would implement the objective of Geneva 1: the replacement of the Assad regime with a transitional governing body negotiated on the basis of mutual consent.”

“The intervention of Iran in Syria—not just Qods Force personnel, but pro-Iranian militiamen from Lebanon and Iraq—mandates that we and our partners try to stabilize the situation on the ground by providing weapons and training to vetted Syrian rebel units through the opposition’s Supreme Military Council. Beyond stabilization we want to enable the Supreme Military Council to reverse the momentum: whether this changes the regime’s calculation with respect to Geneva’s purpose or leads to an opposition military victory is largely out of our hands. We are trying to take control of the process of determining who in the armed opposition gets what: we intend to support those who can best bring about the kind of end result we and those who share our values seek in Syria. We can no more guarantee no diversions to al-Qaeda elements in Syria than we could guarantee arms air-dropped into occupied France 70 years ago would not sometimes fall into the wrong hands. Yet we will do our best and oblige our partners to do the same.”

“We will help the Syrian National Coalition establish an alternate government on liberated Syrian territory. This is essential for two reasons: liberated Syria desperately needs an overall governing authority to overcome chaos and expedite the flow of humanitarian assistance; and all Syrians need to see what the living, breathing, rule of law alternative to the Assad regime looks like. We will work with the Friends of the Syrian People to recognize, support, and help defend this government. Ideally, it would serve as the interlocutor for a rump regime in Damascus willing to implement Geneva.”

“Finally, we know that post-Assad Syria will need a lot of help. We need urgently to create now a reconstruction fund for Syria, building on the excellent preparatory work accomplished under the leadership of the United Arab Emirates and Germany. We need to work with the United Nations, NATO, and others to design a military stabilization force that would help a new Syrian government secure the country and defend vulnerable populations. Obviously, chemical and biological weapons have to be secured and eventually eliminated: we have completed comprehensive contingency planning in this regard.”

“We will never put American boots on the ground in Syria and ideally we will accomplish all of our goals without having to employ US military assets in combat operations. We will, however, spare no effort to accomplish our objectives. We will work ceaselessly to make those efforts as broadly collective as possible.”

The Obama administration may wish to say something to allies quite different from the notional consultative script reflected above. Yet, allies and adversaries alike need to understand that idle talk is not part of its national security repertoire. Allies and friends, in particular, need to know that undertakings and understandings they have with the United States mean far more than words on paper: they are binding commitments. The United States will either prove or disprove this proposition on the basis of what it does, or fail to do, to help allies and friends in the context of Syria.