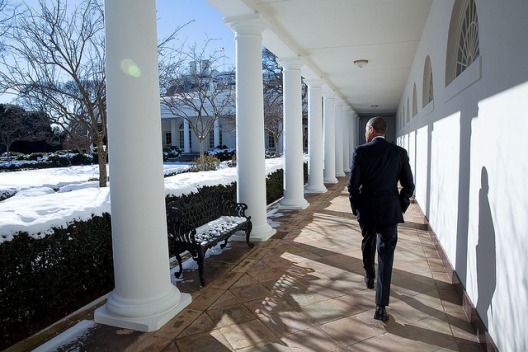 At a recent Washington, DC Syria program, a knowledgeable observer—someone who has spent time inside Syria trying to build bridges between warring parties at the local level—said the following: “Those committed to bring down the regime are not committing the resources to do it.” Those words invite reflection. How many Syrians have died because public statements of commitment to the regime’s fall by world leaders were taken seriously? How many Syrians elected to risk resisting a band of criminals backed by Russia and Iran in the expectation that the West would couple action with speech? What is the moral obligation of the United States, its allies, and partners to the people of Syria now that Syria is in ruins? What should be expected of the West with the regime secure in that part of the country important to Iran, while the other part of the country hosts parasitic bands of savages, including those who recent dropped mortar rounds on a tent-full of Assad reelection supporters? And if there is a moral obligation, what is to be done?

The “explanation of vote” of United Nations Ambassador Samantha Power on May 22, 2014 after Moscow’s latest regime-protecting veto is an eloquent plea for justice. In Power’s words, “the victims of the Assad regimes’ industrial killing machine and the victims of terrorist attacks deserve more than to have more dead counted. They deserve to have each of us, the members of this Security Council, counted and held to account. They deserve to have history record those who stood with them, and those who were willing to raise their hands to deny them a chance at justice. While there may be no ICC [International Criminal Court] accountability today for the horrific crimes being carried out against the Syrian people, there should be accountability for those members of this Council that have prevented accountability.”

Does it suffice, however, for the United States, its allies, and its partners to consign the responsibility to act to a United Nations Security Council whose output is, in the end, dictated by Vladimir Putin? Clearly it does not. To consign it thusly is simultaneously to prevent accountability and to add oneself to the roster of those who should be held accountable.

Arguably it would be one thing if, from the beginning of the Syria crisis, the United States had made its public utterances consistent with the president’s powerful inclination not to commit the resources it would take to force Bashar Al Assad to step aside. Even then there would have been a responsibility to consider pragmatic humanitarian intervention in response to a brutal regime program of mass homicide.

Yet the rhetoric encouraged sacrifice and deepened suffering. It is not, as cynics suggest, simply a matter of opposition exiles in Istanbul hanging on the president’s every word and waiting for the United States to install them in power. Those who have paid the price are Syrians in Syria who thought it inconceivable, given the language employed by Western leaders, that Iranian and Russian support for a criminal clan would go unanswered; who thought it unthinkable that Western statesmen steeped in the mantra of “never again” would leave them entirely to the mercy of regime and jihadist barbarians.

There are US officials—some of them senior—who are profoundly disappointed with the manner in which their country has performed on Syria. They struggle daily with a burden that combines the soul-searching and moral outrage so eloquently articulated by Samantha Power with the knowledge that others in key positions will try to cover the damage already done by careless, thoughtless words with yet more words, all the while tapping into a bottomless reservoir of public apathy for political validation. It is a challenging time for the American Republic. Despite having exempted all but a tiny handful of volunteers from the defense of the nation, Americans in general profess to be exhausted by foreign responsibilities. In fact, they are profoundly uninterested. They think they have no stake. Some presidents have seen it as their duty to explain the stakes and rally the public. It is not too late for the stakes in Syria to be clearly articulated by President Barack Obama.

If there is a “too late” factor to be considered it has to do with the efficacy of acting now in ways that could have made a positive difference had action been taken in the summer of 2012, or even in the summer of 2013. No doubt most Syrians simply want the killing, maiming, torture, and flight-inducing terror to end. One hears increasingly about anti-regime elements in Syria willing to consider an honorable settlement with Assad: one that would leave non-regime-controlled areas with empowered local governance. Leaving aside the fact that Syria’s ultimate salvation surely includes empowered local governance for all, who in the meantime will keep the regime’s murderous security services out of homes, schools, mosques, and hospitals if the regime’s honor—of which there is none—is to be relied on? Who will protect people from jihadists whose rape of Syria is so generously subsidized by Kuwaiti private donors, or from common criminals who see today’s Syria as a preview of paradise?

Clearly most Syrians need defense. One can only hope that after two years of developing relationships with members of the armed Syrian opposition the United States, its allies, and its partners know whom to support and with what. The principle is clear: if the West and its regional partners are not willing to defend Syria from the purveyors of mass homicide and pagan jihadism, then they should arm, train, equip, and finance those Syrians willing to do it. Among the willing there will be some who believe the precepts of Islam to be the essential compass to political life: not unlike many Americans who have a similar view of Christianity’s political salience. The key, however, is to support armed elements who put Syria and its people—all of them—above all else.

Bringing the Syrian abomination to an end is not the exclusive job of the United States. Neither is it, sad to say, the task of the United Nations Security Council with Putin’s Russia as a permanent member. Even at this late date—even after nearly three years of wishing and hoping that this problem from hell could be dealt with through the application of rhetoric—the United States can indeed marshal the resources needed to try to bring about its stated goal of complete political transition in Syria. President Obama has no shortage of capable public servants at his disposal. He needs for Syria what Lucius Clay was for the 1948 Berlin airlift, or what Herbert Hoover was for the relief of Russia in the early 1920s. He needs someone he knows, someone he trusts, and someone with the leadership and organizational skills to orchestrate an effort of great complexity involving a multiplicity of partners, one with no guaranteed outcome. To rely on the United Nations Security Council to bring peace and accountability to Syria is the emptiest of gestures. The United States has incurred a moral obligation to the people of Syria to act in ways consistent with it leader’s words.