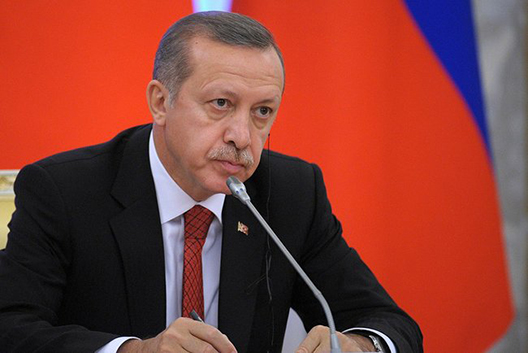 The recent resignation of former Turkish Prime Minister Ahmet Davutoglu and his replacement with incoming Prime Minister Binali Yidirim represents a shift in Turkish domestic politics. Yildirim, a long-time close ally to current Turkish President Recep Tayyip Erdogan, has pledged to work towards implementing Erdogan’s top domestic priority: a new constitution to bring about a transition from the current parliamentary system of government to a strengthened presidential system. Turkey’s opposition parties reject this transition and have campaigned against the proposal, citing the risk of authoritarianism and the erosion of democratic freedom.

Few details about the proposed document have been released, but in a wide ranging Daily Sabah interview, the Justice and Development Party’s (AKP) Mustafa Sentop, also Chairman of the parliament’s constitution committee, has ruled out any move towards a federal state, saying instead Turkey will remain a unitary state with a unicameral legislature, albeit with a strengthened president. This arrangement has raised concerns about future checks and balances in this uniquely “Turkish” approach to the presidential system. (The document, as described in interviews, is not comparable with either the American or French presidential models).

The push for this constitution by the ruling AKP underpins much of the party’s domestic agenda. The AKP has favored the drafting of a new document for years, arguing that the current document is anti-democratic and inefficient, and the issue has become more prominent following Erdogan’s election as president in 2014. The AKP, however, has struggled to gain support for this proposal with the general public and in parliament. The AKP’s recent efforts to maintain public support, both for the party and for its legislative agenda, is now more dependent on far narrower ideological base than during its previous 14 years in power. Between 2002 and 2009, the party attracted support from a large segment of the Turkish electorate. More recently, however, it has become beholden to two voter groups: the religious right and the far right nationalists. While the AKP has managed to retain its share of the electorate – and therefore maintain its parliamentary majority –its domestic agenda and its public rhetoric now echo the party’s narrowed voter base. Turkey’s opposition parties, the Republican People’s Party (CHP), far-right Nationalist Movement Party (MHP), and the Kurdish-majority Peoples’ Democratic Party (HDP), by contrast, are divided and weak. Around half of Turkey’s electorate is divided among these three parties, while the AKP controls the other half.

The AKP has never faced a serious political challenge from the CHP, which traditionally wins 25 percent or so of the electorate, and whose popularity is limited to Turkey’s western coast. The HDP and the MHP, however, both pose electoral challenges for the AKP, albeit in terms of the allocation of seats in parliament, rather than a broader challenge to the AKP’s overarching political dominance. In last June’s inconclusive parliamentary election, the HDP managed to attract support from religious Kurdish voters that have historically voted for the AKP. This shift in Kurdish voter preferences deprived the AKP of a parliamentary majority, with the corresponding increase in Kurdish votes for the HDP undercutting the AKP’s standing in the southeast.

However, after months of inconclusive coalition negotiations, voters went back to the poll in November for an early election. During these negotiations, a two-year old cease-fire with the Kurdistan Workers’ Party (PKK) ended, resulting in the resumption of an insurgent conflict in Turkey’s southeast. The AKP took advantage of the conflict, making the case to the electorate that it was the party best suited to bring “stability” to the country. This message was tied to the larger—and long-standing—plan to change the constitution and the presidential system, both of which, the party argued, would help to defeat terrorism and ensure economic stability.

These twin messages proved popular and the AKP managed to secure 49 percent of the vote—or 317 parliamentary seats—last November. Following the election, military deployed to Turkey’s southeast to intensify operations, placing highly restrictive 24-hour curfews (which, in certain cases, resemble sieges) in different cities and towns in the southeast. The fighting has since resulted in more than 500 Turkish security forces casualties and an unknown number of killed Kurdish insurgents. The military operations do appear to have a majority of support from the voters, many of whom view the operations as akin to a “war against terror.” The AKP has pledged to continue the fight until the PKK has been defeated, suggesting no immediate let up in the pace and scope of the current military campaign.

This rhetoric and approach to the so-called Kurdish issue corresponds to the MHP’s long-standing approach to Turkey’s Kurdish minority. The inward looking, and staunchly Turkish nationalist MHP, has favored a military first approach to the Kurdish issue. Its current leader, Devlet Bacheli, has lent his support to the current military operations, but has repeatedly criticized the AKP for its previous policy of direct negotiations with the PKK’s imprisoned leader, Abdullah Ocalan. The MHP also voted in favor of AKP efforts to lift parliamentary immunity for 138 members of parliament from all four parties. 50 out of 59 HDP MPs could face criminal charges, including the two co-leaders, Selahattin Demirtas and Figen Yuksekdag.

Despite Bacheli’s criticism, his deep unpopularity with the MHP’s voter base helps the AKP politically. Bacheli’s feckless leadership has undermined the party’s political popularity, driving potential voters to the AKP. After Bacheli’s mishandling of coalition negotiations after the June election, rebels from within the MHP challenged his party chairmanship, and the party will hold an extraordinary congress in July where seven candidates are expected to challenge him for control of the party. The front-runner, Meral Aksenar, is more popular with elements of the MHP base and her technocratic background has prompted optimism that she could increase public support for the MHP nationally.

These electoral dynamics are dictating the AKP’s current domestic political strategy, with media outlets sympathetic to the party vilifying Aksenar in the press and portraying MHP members who come out in favor of a leadership change negatively. Any increase in support for the MHP would detract from the AKP, and thus deprive the party of a viable pathway to secure the required parliamentary seats needed to pass a draft constitution on to a public referendum. The party, currently, has no viable route to obtaining the required votes in the parliament, unless the MHP splits, or the HDP collapses from the legal cases opened against the party’s leadership.

The AKP strategy is to shape the narrative, reiterating over and over again – both in public speeches and through pliant media outlets – that the country is already under a de-facto presidential system, and therefore a future change will not be an abrupt change to Turkish democracy. This messaging campaign could help ease considerable Turkish voter concerns about the effect the AKP’s presidential proposal will have on Turkey’s democratic norms. It is also intended to continue to gather more support for the proposal, in expectation of a future vote on the topic in parliament. It is unclear when such a vote could be scheduled, but late 2016 or 2017 has been floated in the Turkish press.

Public opinion polls suggest that the public remains skeptical about the proposed change, but it appears as if the trends favor greater acceptance for the proposal in the longer term, according to private opinion polls the author has seen. This could position the AKP to carry-out a smaller change to the constitution in the near term, before the polling and parliamentary math skews in their favor.

In the coming months, Erdogan is expected to continue holding large public rallies that double as AKP campaign events, in support of his policy goal of constitutional change. To enact this change, however, the pathway the party embarks upon has not yet been decided. The AKP has hinted that it will pursue a two-pronged approach that begins with a smaller change to the constitution that allows for the president to be politically partisan, which would allow for Erdogan to formally rejoin the AKP, and therefore become its officially recognized leader once again. Erdogan’s shadow leadership of the party is unconstitutional and illegal and so the party has an incentive to amend the laws to insulate itself from opposition attacks and considerable concerns domestically about the erosion of country’s democratic principles. This change would settle the legal question and could then be used a spring board to continue with the efforts to gain support for a larger change to the constitution, which would result in the complete overhaul of Turkey’s political system.

The AKP is unlikely to announce its next move during Ramadan. After the holy month ends in July, the party will be able to announce, or at least signal, how it intends to push forward with the constitution proposal. The party’s decision will depend, in large part, on the resolution of the MHP’s leadership crisis, and the concurrent legal cases against the HDP. These twin events, combined with the party’s own internal polling, will also dictate which policy option the party chooses to pursue: Limited constitutional change or the large scale push for the passage of a new document.

In the short-to-medium term, the AKP is likely to continue to benefit from the political polarization in Turkey, and draw support from an increasingly nationalist and inward looking political base. Erdogan has a number of viable options to realize his ambitions, but it will still take time for the party to rally the support it needs to realize this political end-goal.

Aaron Stein is the senior fellow for Turkey with the Rafik Hariri Center for the Middle East.