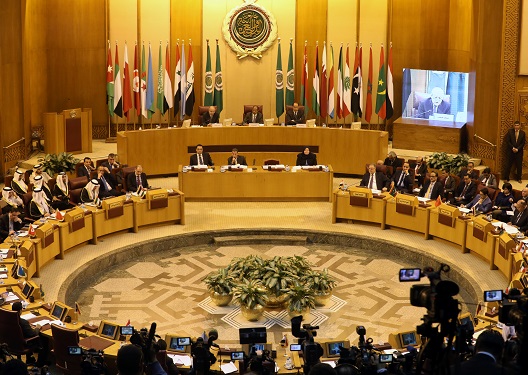 As the year winds down, we look back at insight from experts that resonated with our readers. In case you missed them, we have listed our top five blog posts of the year in order of popularity. Take a look at impactful analysis on the MENA region with excerpts from the articles below.

H.A Hellyer – How will the rift with Qatar play out? – June 5, 2017
Here is the rub of the issue. Since 2012, Riyadh and Abu Dhabi, the larger powers in the GCC, have felt Doha was something of a loose cannon, especially over support of the Muslim Brotherhood in different countries, including the hosting of non-Qatari MB figures on its soil, and friendlier interactions with Iran as compared to Saudi and the UAE. The UAE and Saudi Arabia have significant differences on a number of issues, including when it comes to the Brotherhood. But Saudi Arabia and the UAE are far closer aligned on the issue of the Brotherhood than with Doha. Both Abu Dhabi and Riyadh regard Iran as a huge threat in the region. Doha’s views on both of these issues are different – but the power quotient is not in Qatar’s favour.

Mohammed Alyahya – The rift With Qatar as seen in Riyadh – June 13, 2017
Saudi sees Qatar’s interactions with extremist groups as undermining its counterterrorism policy. For instance, Al Jazeera’s outreach to the al-Qaeda affiliated Nusra Front’s leader,  Abu Mohammed al-Julani. Al Jazeera hosted him on the show Bila Hudud with a shroud covering his head and questioned him about the role of Nusra in Syria. Qatar hoped that its outreach to Nusra would encourage it to split from al-Qaeda, perhaps even publicly on Al Jazeera, thus transforming it into a more moderate group capable of receiving international support against the Assad regime. However, showcasing the relationship with Nusra rang alarm bells in intelligence circles in the UAE and Saudi Arabia.

Aaron Stein and Michelle Foley – The YPG-PKK connection – January 26
To support the PYD’s political and military efforts in Syria, Kurds from Turkey, Iran, and Iraq have travelled to Syria to join with the People’s Protection Units (YPG), the PYD’s militia. The growing sense of cross-border pan-Kurdish nationalism has contributed to the resurgence in violence in Turkey’s southeast, following the break-down of peace talks in mid-July 2015 between the Turkish government and the PKK. In an interview with the International Crisis Group, an unidentified PKK member underscored the importance of Rojava, describing the war in northern Syria as a historic opportunity to implement its program of “democratic self-administration,” a system of governance based on imprisoned PKK leader Abdullah Öcalan’s teachings.

Wolfgang Pusztai – The failed Serraj experiment of Libya – March 31
The picture in Tripoli is more complicated. In theory, there are two sides: a pro-GNA militia block, supporting the internationally recognized GNA, and a pro-NSG block, siding with the Islamist National Salvation Government (NSG) of ‘prime minister’ Khalifa al-Ghwell. But the reality on the ground is very different. All the individual militias are first and foremost interested in maintaining their own power and influence. Most of the pro-GNA militias support al-Serraj only in as much as they consider him a useful tool. All the important militia leaders siding with the GNA, rejected a ceasefire brokered mid-March by some members of the PC and shows how quickly militias can change colors.

Aaron Stein – Turkey’s fighter pilot problems – September 8, 2017
The post-failed coup pilot purge has led to considerable, long-term challenges for the Turkish Air Force. The current pilot-to-cockpit ratio has exhausted Turkish pilots and taxed air crews responsible for keeping the jets in service. The Turkish Air Force has adopted forced conscription to try and grapple with the issue, a practice that has no equivalent in the United States.

The longer-term problems the Turkish Air Force faces are easy to diagnose, but difficult to treat. The production and absorption problems will not be easily remedied and, after a year of trying to entice pilots to return to service, the Air Force has resorted to rather unorthodox measures to account for its current weakness. Unfortunately, the US has a pilot crisis of its own, and is unable to assist in a meaningful manner. The same is true of other NATO countries. The only certainty is that Turkey’s problem will not be solved in the near-term and Ankara will continue to grapple with the challenges of the mass purge more than 50 percent of its F-16 fighter pilots.