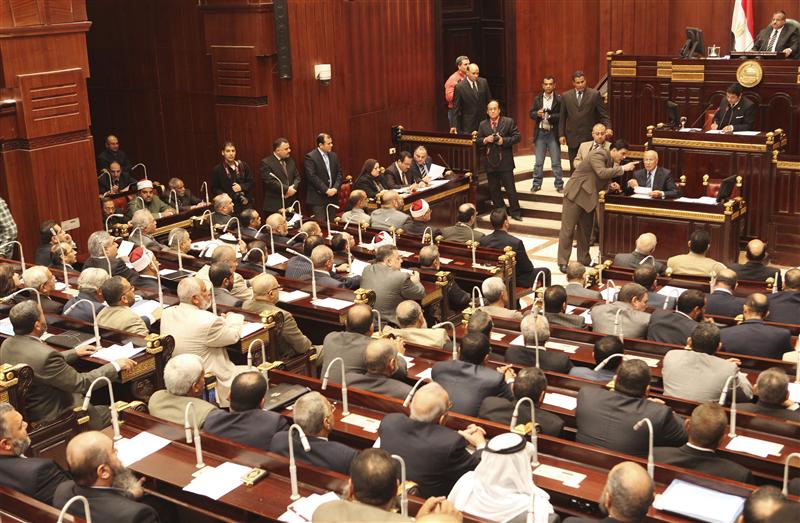 In the coming months, Egypt has a date with a new constitutional crisis, and it should come as no surprise that the source of this crisis is the new Egyptian constitution, full as it is with ambiguities and flaws. The flaw this time is found in the text of Article 177 of the constitution which requires that draft laws for administering  all types of elections (presidential, parliamentary, and local) must be presented to the Supreme Constitutional Court before they are issued in what is known as prior judicial review (i.e. prior to the law’s promulgation). The court will determine whether these articles are constitutional, and the SCC’s decisions in this regard are binding. Article 177 also states that these laws are not subject to any constitutional review by the SCC after they are promulgated.

The central goal of this newly created provision is to prevent the SCC from exercising judicial review over the election laws after they are promulgated. Thus the laws could not be ruled unconstitutional after they go into effect, which would avoid presidential, parliamentary or local elections being invalidated after the fact.

This article entered into force with amendments to the People’s Assembly law and Exercise of Political Rights law, which the SCC just this week declared to be unconstitutional on a number of grounds. There were wide ranging debates in the Shura Council regarding the SCC’s decision, but more important were the formal statements released by several officials. A statement issued by the Vice President of the Freedom and Justice Party and Majority Leader in the Shura Council was of particular significance. The statement said that the Shura Council, after making the amendments required by the SCC, would not re-submit the draft law for the court to review the constitutionality of the amendments, and that the law will be promulgated immediately thereafter. This policy adopted by the ruling party was confirmed yesterday when the draft laws were submitted, by the speaker of the Shura Council, to the president who issued a presidential decree setting the dates of the parliamentary elections.

On the other hand, another official statement by the Vice President of the SCC and the court’s official spokesman said that the court’s right to judicial review of the People’s Assembly and Exercise of Political Rights laws after they are issued remains intact if the initial decision  is not adhered to. This means that the drafts must be presented a second time to the SCC after the Shura Council amends them so the court can confirm that the council brought the drafts fully into line with its ruling and to avoid any violation for the court’s decision.;

The best way to avoid this crisis would be to resubmit the two draft laws to the SCC after the Shura Council makes the amendments required by the court. In this way, the law could be issued and the SCC would have exhausted its full authority of prior judicial review over the two draft laws. In my view, this is the correct interpretation of Article 177 of the new constitution and achieves the spirit of prior judicial review, removing it from the realm of formal (false) supervision or an advisory role.

As for the Article 177’s flaw, discussed at the beginning of the article, it is that the text is silent on the solution to the scenario we are facing, which manifests itself in two questions: is the Shura Council required to resubmit the draft law to the SCC after the execution of its first decision?  And if the Shura Council does not resubmit the draft law to the court, is the court within its rights to practice subsequent judicial review after the law goes into effect?  These critical questions that were left up to personal interpretation will turn into a significant political row that opens the door to a violent crisis, which we desperately need to avoid.