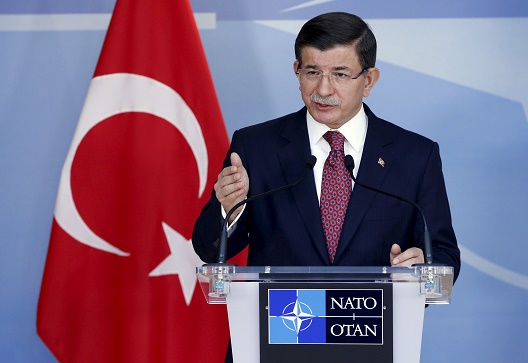 Turkey hosted the G20 Summit in Antalya in mid-November against the backdrop of a sliding currency against the dollar and increasing unemployment. As world leaders struggle with the fallout of Syria’s civil war on the political and security fronts, Turkey’s proximity to the conflict and foreign policy have resulted in a direct and indirect economic impact. Recent tensions in Turkey-Russia relations over the downing of a Russian jet in Turkish airspace exacerbate the already high costs of humanitarian assistance, support for refugees, maintenance of border security, and military expenditures. The deterioration of trade imposes further pressure on the Turkish economy. A shifting labor force, declining foreign direct investments (FDI), diminishing growth potential, and inflation are just some of the consequences stemming fromTurkish foreign policy toward Syria and the conflict. The data suggests, however, that the more aggressive Turkey gets in its Syria policy in terms of military involvement, the more aggressively these costs rise. Alternatively, the more Turkey aligns its Syria policy with the global effort to resolve the Syria crisis, the more positive the economic outcomes and shared costs.

Before the war in Syria broke out in March 2011, Turkey’s yearly average growth rate stood at 9.2 percent in 2010, followed by 8.8 percent in 2011—the second largest growth rate after China that year. By 2012, the growth rate declined drastically to 2.2 percent. Among the factors causing this decline were the banking/debt crisis in Europe and the spillover from the high-spread Euro area sovereigns affecting the local banking systems in emerging market economies, including Turkey. In addition to the tenuous financial conditions, the war within Syria erupted right next to Turkey’s borders, causing border clashes and political uncertainty that imposed additional costs on the Turkish economy.

Before the Syrian war, Turkey’s Disaster & Emergency Management Authority (AFAD) spent around $395 million dollars annually (633 million Turkish liras in 2010 with 1.6 average USD/TRY exchange rate). With the start of the Syrian civil war, this spending has increased over 75 percent to 1.5 billion dollars in 2011, and 1.7 billion dollars in 2012 as a direct result of the Syrian civil war. According to AFAD’s latest report published in October 2014, Turkey spent resources worth $4.5 billion on direct aid to refugees. According to government officials, however, the bill is much higher.

Officials state that Turkey has currently spent approximately $8 billion hosting 2.1 million Syrian refugees within its borders, which accounts for some 0.5 percent of Turkey’s current GDP. Of this amount, only $418 million of support came from the international community. A report issued by the World Bank estimated the total cost of the Syrian war to all five countries of the Levant (Syria, Iraq, Egypt, Jordan, Lebanon and Turkey) at approximately $35 billion (measured in 2007 prices). While the heaviest burdens naturally fell on Syria and Iraq, Turkey also suffered a drop in social welfare due to the refugee burden.

Turkey shouldered most of the refugee costs on its own for two main reasons: UN dysfunction and Turkish foreign policy choices. In the early stages of the Syrian conflict, disagreements within the UN Security Council blocked a diplomatic solution, mainly due to Russia and China’s veto over intervention and Russia’s desire to protect its vested interests in the region. Turkey’s foreign policy—along with that of Gulf states like Qatar and Saudi Arabia—had also shifted toward support for Syrian rebel and Islamist factions to defeat Assad. According to Turkish daily newspaper Cumhuriyet, logistical support for Syrian rebels included mortar shells, machine gun and heavy weapon ammunition, which were being transported to Syria in Turkish National Intelligence Agency’s trucks back in January 2014. As a result, Turkey’s Syria policy increasingly became more centered on defeating Assad—not on defeating ISIS—and international cooperation lagged, piling all the costs of the fallout onto Turkey.

The future costs of refugees still heavily depend on Turkey’s foreign policy agenda and how much it aligns itself with the foreign policy agendas of the international community—Europe in particular. As Turkey gradually moves away from an Assad-centric approach toward a more cooperative agenda in Syria, cooperation on the foreign policy front means shared technologies and shared costs, which can minimize the current costs. The first example of this came from the European Union, offering Turkey up to 3 billion euros of aid with a joint Action Plan.

One cannot track the real increase in Turkey’s military and defense costs from military expenditures or from their ratio as a percentage of GDP—which hovers around 2.2 percent—thanks to its Secret Fund (Örtülü Ödenek in Turkish). Under law no. 5018, article 24, the fund falls under the budget of the Prime Ministry to be used for the confidential intelligence and defense services. In March 2015, Turkey’s parliament also granted a Secret Fund to the Presidency—close to $200 million. Since the appropriation of funds under these secret budgets are not publicly disclosed, it is difficult to know the exact intelligence costs imposed on Turkey. But it is worth noting that when comparing the Turkish budget at the start of the Syrian war with that after Turkey’s foreign policy shifted towards an Assad-centric approach, SIPRI highlighted large and unplanned increases in the expenditure of the Secret Fund in 2012, which coincides with Turkey’s increased engagement in the war in Syria.

In terms of border security, Turkey’s costs have also increased. The international pressure on Turkey to prevent the movement of extremists and foreign fighters across its border will not only result in more border patrol units but will also require spending on technologies to locate and track terrorists and provide security at the border crossings. Potential acquisitions include mine detection systems, anti-IED equipment, surveillance aircraft, cameras, sensors and drones. According to the Turkish press, Turkey also plans to arm its first drone, the Anka, with a homemade laser-guided missile called the Bozok.

Turkey’s Finance Minister Mehmet Simsek announced the approval of an initial 203 million lira ($68.7 million) appropriation of funds to augment a plan to build a comprehensive border security system with concrete walls along designated zones at the Turkey-Syria border. Turkey has also worked to construct an integrated border management system since 2003, with the EU support, worth 3.7 billion euros at the time, and now with an estimated cost of 8 billion euros when completed in 2018.

Unintended outcomes of military action in and around Syria have also led to strained international relations—most notably with Russia—which have imposed their own unforeseen costs. The Turkish Air Force shot down the Russian bomber that violated Turkey’s airspace—the first time in half a century that a NATO member has downed a Russian plane. The incident led to both Russian and Turkish officials publicly trading blame, resulting in Russian sanctions against Turkey. The Kremlin’s announced sanctions include:

The fate of the planned Turkish Stream pipeline project, designed to deliver of up to 63 billion cubic meters of natural gas annually, also remains unclear. While difficult to calculate, these sanctions could potentially cost Turkey up to $3.7 billion dollars in economic damage—not to mention the damage from the sunk cost of incomplete projects. Here is the breakdown:

Finally, the costs imposed on the Turkish economy from the trade-side also show a parallel pattern with refugee costs and military expenditures; deteriorating close to 70 percent as a direct effect from the Syrian war. Turkey exported goods to Syria worth $1.8 billion in 2010, of a total of $113 billion. In 2012, Turkey’s trade volume with Syria deteriorated to $497 million.

Until the war began, Syria served as a vital transit corridor for Turkey’s export market to the rest of the Middle East. Turkey’s petroleum exports to Syria had increased threefold in 2009 and 2010 at a time when petroleum-related products constituted 26 percent of Turkey’s total exports. Syria acted as an important catalyst for the Turkish economy, from an opportunity cost perspective (future benefits) as well. With the outbreak of war in Syria, trade volume decreased and trade composition shifted from raw materials to food supplies and safety-related goods and services. The active border trade in Turkey’s southeastern cities of Mardin, Şanliurfa, Gaziantep, Kilis and Hatay suffered the most. Yet with the collapse of central authority control on the Syrian side, new channels of trade with Syria were established. Companies adjusted to reestablish trade connections with black market counterparts in Syria. There are no estimates or statistical data on the size of this black market or its proportion to the official market.

Sales of black market oil surged in the Middle East throughout 2014, imposing an additional cost to the Turkish economy: a growing, untaxed, hard-to-control black market economy. To combat its effect on government revenue, Turkey’s Energy Market Regulatory Agency (EPDK) declared an increase in inspections and control mechanisms in Turkey. The agency recently announced that the amount of smuggled oil from Syria passing through Turkey’s borders decreased in 2015 from 400,000-500,000 tons a year to 40,000-50,000 tons. In 2014 and 2015, Turkey had almost recaptured the lost trade volume with Syria—with the major side effect of shifting trade composition from petroleum related products to food supplies.

In 2014, the volume of Turkish lira used during export activities also showed an increase of 25 percent compared to the previous year. Restrictions on the flow of liquidity eased, especially after April 15, 2015 when the Turkish Ministry of Customs and Trade issued new border regulations that enabled Turkey to open its borders to uncontrolled cash inflow and remittances. According to the new law, travelers no longer had to declare transported currency or profit amounts at the customs booth. Turkey’s prior Central Bank Governor Durmus Yilmaz argued, however, that this policy would “attract black money to flow into Turkey”.Right after the June 7 elections, another regulation passed on June 11 that also enabled the free cash outflow from Turkey, eliminating the restriction of the prior 25,000-lira limit and adding to the costs imposed on the Turkish economy as a result of the war in Syria.

In sum, as Turkey incrementally left its prior foreign policy agenda of “Zero Problems with Neighbors” and moved towards an Assad-centric policy, the costs imposed on its economy multiplied. This can be observed directly from the refugee costs, military spending, border security costs, and the changing composition of trade volume and quality of liquidity flows in the economy. Collateral damage on regional tourism, the construction, logistics, and transportation sectors in Turkey’s southeastern cities, increasing debt volume on Turkish companies imposed by Syrian companies that go bankrupt, and decreasing foreign direct investments (FDI) to Turkey add their fair share of economic burdens.

M. Hande Akmehmet is an independent economist with a focus on Turkey, the Middle East, and emerging markets.