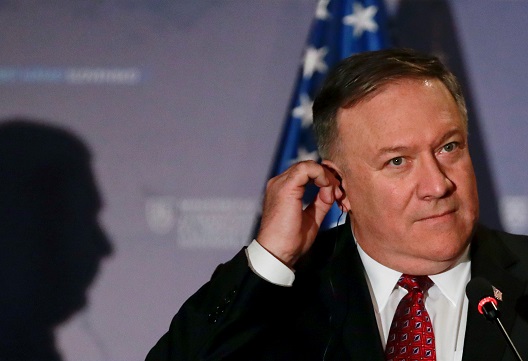 Former ISIS members continue to emerge wanting to repatriate to their country of origin, in most cases Europe or the United States. Yet, for many countries, this poses a complex problem given the individual’s admitted involvement in a terrorist group. Many seeking repatriation are women with children that likely faced abuse and torture at the hands of the Islamic State (ISIS) militants via husbands or soldiers. Disillusioned and traumatized, they no longer want to associate with ISIS and seek to rejoin their families. However, for many, that is no longer an option. Hoda Muthana, a twenty-four year old American of Yemeni descent, born and raised in the US, is now in the spotlight. A college student living in Alabama, Hoda became radicalized by ISIS online and left to join them in Syria around November 2014; despite intense objections from her family.

Upon arriving to Syria, Hoda tweeted out a photo with several other women holding US, UK, Canadian, and Australian passports claiming they would burn them shortly as they no longer needed them in the Islamic State.

Muthana escaped the Islamic State six weeks ago to Kurdish refugee camp in northern Syria and is seeking to return home and reclaim her US citizenship. The United States denied that Muthana possesses citizenship on February 20, 2019 by US Secretary of State Michael Pompeo stating she would not be admitted into the United States and does not have a US passport or rights to any documents that would allow her to travel to the US. Indeed, she could not have received a more strongly worded refusal of her claims to return. The basis for this refusal is that Muthana’s father was a Yemeni diplomat when he arrived in the United States, and children born in the United States to diplomats are not granted birthright citizenship.

However, lawyers Charlie Swift, (director of the Constitutional Law Center for Muslims in America) and Hassan Shibly, from the Florida chapter of the Council on American-Islamic Relations (CAIR), are disputing this claim; stating Muthana’s father no longer had diplomatic status when she was born in Hackensack, New Jersey. As advisors to the family, Swift and Shibly released a document from the US Mission to the United Nations that certifies Muthana’s father served as a diplomat until September 1, 1994, indicating that his service ended a month before she was born. Shibly also released Muthana’s birth certificate showing her birthdate as October 28, 1994. He counters that the Trump administration is attempting to “wrongfully strip citizens of their citizenship.”

Other former ISIS members are finding their citizenship revoked as well. Shamima Begum, a UK citizen of Bangladeshi origins, is also currently in a refugee camp in Syria and the British Home Secretary Sajid Javid recently revoked her citizenship on the basis that she is a dual citizen of Bangladesh. However, Bangladesh denies she has citizenship. Coupled with the British revocation of her citizenship, this effectively renders her stateless, an illegal move under international law, as Atlantic Council Nonresident Senior Fellow H.A Hellyer explains. The fact that young, vulnerable, and naïve women are being denied entry is troubling.

It is problematic to revoke the citizenship of these young, disillusioned, and now stateless people as it leaves them under the mercy of the Syrian regime or in the care of international organizations managing refugee camps. Allowing people with extremist tendencies to remain in the country where they supported violence against Syrians, without resources and alternative avenues, encourages them to re-radicalize. If they have nowhere else to go or anyone to turn to, it is very likely they could rejoin ISIS in Syria or extremist groups elsewhere.

Instead, it would be more effective to bring them home and allow them to face the full extent of the law, as is the practice with other criminals associated with extremist groups. Earlier this month, President Donald Trump called on other nations to repatriate their citizens held by the Syrian Democratic Forces (SDF) in Syria and prosecute them; yet he explicitly instructed Secretary Pompeo to do the exact opposite in the case of Hoda Muthana.

Moreover, in a previous case of a Saudi-American dual citizen and former ISIS member, who was denied due process and held without charge for a year in Iraq before ultimately being released in Bahrain, the individual did not suffer from the removal of his US citizenship. Ultimately, due to the efforts by the American Civil Liberties Union (ACLU), the US government was prevented from releasing him back into Syria. In his case, he claims to have been kidnapped and imprisoned by ISIS after paying a smuggler to get him into Syria. He was released only after agreeing to work with ISIS which he did until he was arrested at a checkpoint by the SDF and gave himself up around September 2017.

Whichever direction Hoda Muthana’s case takes, repatriating former ISIS members to their country of origins remains a challenge for Europe and the United States. Despite her repentance and the future of her 18 month old child, she should be tried and prosecuted with the chance to reform. Yet, the reluctance to re-admit former extremists is understandable—extremist and easily radicalized citizens present a threat with no effective process of de-radicalization implemented yet.

American programs primarily focus on preventing radicalization and/or prosecuting individuals with limited funding or efforts on de-radicalization itself. Even more limited are programs dedicated to de-radicalizing women, which makes repatriating Hoda Muthana especially challenging. The process of de-radicalizing an individual is complex; however the current ineffective process in managing former extremist US citizens may push them, especially those wishing to repent and reform, back towards a path of violence where they may commit further crimes. Until these issues are resolved, expect more cases to emerge with imperfect, if any, solutions.

Reema Hibrawi is an associate director at the Rafik Hariri Center for the Middle East and the editor for the MENASource and SyriaSource blogs.