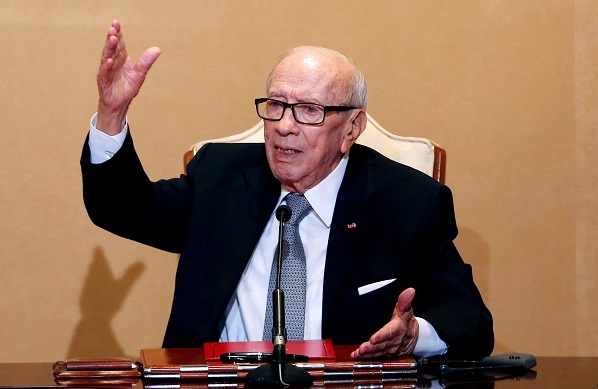 Tunisian President Beji Caid Essebsi announced in September the official end to the alliance between Nidaa Tounes Ennahda that had been holding on since February 2015. Termed a “mut’ah”—a temporary marriage of traditional Shia origin—by Tunisia expert Dr. Monica Marks, it was a marriage of convenience between the two main parliamentary parties to preserve stability and to focus on counterterrorism, improving the economy, and government efficiency during the critical transitional period following the ousting of former President Zine El-Abidine Ben Ali in 2011.

The formation of a coalition government between a starkly anti-Islamist party, Nidaa Tounes, and Tunisia’s oldest Islamist party, Ennahda, was unexpected because it was born in a time of high political polarization but was also praised as a demonstration of political inclusion. Nevertheless, there were concerns of possible negative elements of the power-sharing agreement, including that the power of only two parties would be overrepresented and too many decisions would be concentrated in the hands of few personalities. Many of these concerns became a reality. Therefore, the collapse of the unity government was not entirely unforeseen.

The government has done little more than talk about fighting corruption and it is increasingly clear that the two parties leave little space for political opposition; a necessary component of a democracy. The coalition has not delivered on its founding goals of revitalizing the economy. Inflation reached a 30-year high this summer and foreign exchange reserves stooped to 2005 levels. According to a survey done by the International Republican Institute, consistently for the past two years over forty percent of Tunisians list the economy as their top concern over security, corruption, and the lack of social services.

The promise of steps toward decentralization was to an extent fulfilled—albeit after several long delays. The first multi-party local elections took place in May of this year and 7,000 local seats were filled. Ennahda swept the municipal elections, winning thirty percent of the votes and seats, while Nidaa Tounes trailed behind, winning twenty-two percent of the municipal council seats around the country. Observers of Tunisia and its citizens were pleased that the promise of municipal elections was fulfilled in a free and fair manner.

However, it remains unclear how and when the central government is to transfer fiscal and party powers to local municipal councils. Parliament passed the Code on Local Authorities by the end of April 2018, which lays out stipulations on decentralizing the government but it was passed only ten days before the elections, a sign indicating the reluctance of the central government to take real steps to decentralize.

The Code does not do enough to ensure the transparency of the decentralization process. Therefore, although the passing of the municipal code and the successful holding of the elections can be considered an achievement for Tunisia, realizing the benefit of municipal elections towards democratic transition is yet to be seen. The same can be said for the unity government: whether the results of the unity government have been met positively or negatively is unclear.

Some experts have argued that the end of the coalition is a blessing in disguise because it means the end of the exclusive power duopoly and an end of the diminishing space for opposition. Nevertheless, after several ups and downs and underwhelming results, it seems that the unity era is over. Or is it?

Had the unity government remained through next year into the period of the 2019 elections, each party would face a difficult situation wherein the strategies of campaigning to win the presidency (i.e., bashing the other side) would run counter to the rhetoric needed to convince citizens of the value of the unity government.

During the municipal elections, this was not an issue. The municipal elections did not reveal a big rivalry between the two parties and each campaigned on their own at the local level without using slanderous rhetoric. It is likely that this will not be the case for the parliamentary and presidential elections of November 2019. Each party—but especially Nidaa Tounes with less public support—is between a rock and a hard place. The solution? Ditch the agreement, for now.

Nidaa Tounes should be worried because of their poor showing in the municipal elections and because the party is bringing on board more Ben Ali-era loyalists, which will put an unfavorable mark on the party going into the election. Therefore, at this point, it will need to recoup its losses. There is no alternative for Nidaa Tounes and its leader Beji Caid Essebsi. In order to regain their seats, they will use the same winning strategy of 2014: an anti-Islamist message whereby calling members of the Ennahda party illiterate, “seventh century theocrats.” In other words, its strategy is to re-polarize the political vision in Tunisia to position itself as the only dam to stop the Islamist wave.

This strategy reverts to assumptions based on the political climate of 2014. Since then, however, Ennahda as a party and the Tunisian political landscape have transformed. Over the past four years, Ennahda split with its 1981 roots by shedding the title of an official Islamist party, removing some of its extreme demands such as banning all Ben Ali-regime officials, and rebranding itself as a party of Muslim Democrats.

After having been banned from power for twenty years before the revolution, followed by its political failures between 2011 and 2014, Ennahda underwent a transformation that was “part strategic adaptation, part intellectual shift.” These changes allowed it to become more palatable to Tunisians because it became more broad ideologically and increasingly was able to distinguish religion from politics; hence the rebranding from an Islamist party to one of Muslim Democrats. Therefore, it is hard to see how the anti-Islamist rhetoric on the part of Nidaa Tounes could work.

Additionally, the population is no longer fixated solely on the Islamist versus anti-Islamist debate. Tunisians are likely more moved by the fulfillment of revolutionary demands, a lot of which revolve around having an income and basic needs met. So far, neither party has delivered any economic gains and the economy is in some ways worse than before the revolution. Therefore, Nidaa Tounes cannot count on the slashing of Ennahda’s reputation to take it to victory in 2019.

Even if Nidaa Tounes wins the presidency, it will need several parties to form a governing coalition. While Ennahda was initially unsuccessful, it has adapted its strategy and directive to the changing political landscape. Meanwhile, Nidaa Tounes—initially successful but saw diminished popularity after municipal elections—is reverting to old tactics; which are unlikely to succeed a second time.

Erin A. Neale is a project assistant at the Rafik Hariri Center. Follow her on Twitter @erinaneale.