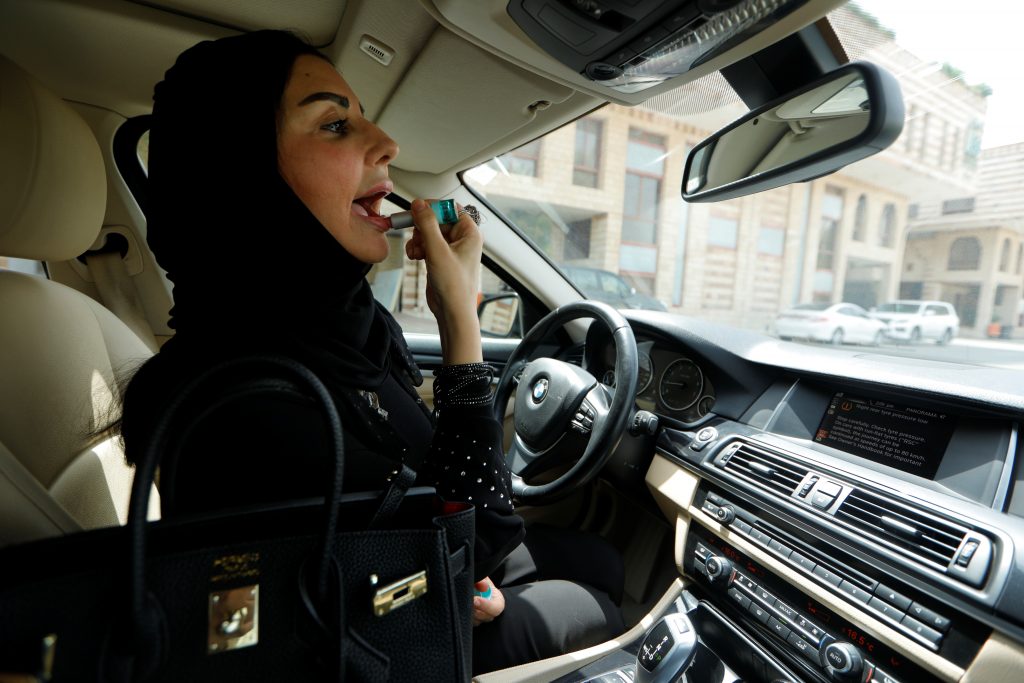 Efforts toward economic development among Arab Gulf states are turning digital. Artificial intelligence, financial technology, and technology-based businesses are increasingly considered the most auspicious approach in moving Gulf Cooperation Council (GCC) states away from oil and gas and toward diversified and sustainable economies. The breakneck speed of the digital transformation however, is outpacing the implementation of the legal, legislative, and policy frameworks necessary for its success.

There is no question as to why GCC states—though notably not Oman—have focused on digital development as a lucrative source of domestic growth and foreign investment. The Gulf states have some of the most plugged-in populations in the world. The rate of internet penetration in Bahrain, Saudi Arabia, the United Arab Emirates (UAE), Kuwait, and Qatar all exceed 73 percent, which far outpaces the global average of 50.8 percent. The region’s e-commerce market has demonstrated rapid growth and is expected to have a compound aggregate growth rate of 16.9 percent from 2016-2021.

Recent foreign investments made by Gulf states have mirrored this focus. Saudi Arabia and the UAE both have invested in technology-based companies, such as Uber, and most of the Gulf states have established far-reaching sovereign wealth investment funds, like the Saudi-majority funded SoftBank fund or the UAE’s Mubadala.

Most notably however, Gulf states have shifted away from simply acting as global technology investors toward being seen as emerging hubs for digital innovation and development. Gulf-based start-ups like the popular e-commerce platform Souq.com, developed by a Syrian entrepreneur in Dubai, or Careem, the booming ride-share application created by former McKinsey employees in the UAE, have cemented the Gulf as a desirable foreign investment zone.

The recent acquisitions of Souq.com by Amazon and Careem by Uber are representative examples of increased foreign interest in technology-based companies in the Gulf. Although the 2017 acquisition of Souq.com only totaled $580 million, compared to the $3.1 billion buy-out of Careem, both companies boasted a diverse pool of investors from the Middle East, Asia, Europe, and the United States, which bodes well for potential future foreign investments in technology-based start-ups in the Gulf. Moreover, Bahrain, in its biggest coup to date, was chosen by Amazon Web Services to host its first data center in the Middle East, a move which will create thousands of jobs and allay concerns of foreign investors.

Increased foreign investment in the Gulf’s digital transformation however, comes with its own challenges. Despite being flouted as an effective path toward economic diversification, the technology sector in the Gulf is still heavily dependent on foreign investment confidence, which is often still tied to fluctuations in the oil market. That makes the digital revolution less of a stable off-ramp to economic development and more of another short-term fix.

A move toward a technology-focused economy may also require GCC governments to confront institutional roadblocks that have long formed the identity of the region. A digital transformation of the GCC economy will bring about domestic political and economic changes that Gulf governments may not be anticipating.

Primary among them would be the political ramifications of the transparent and open data environment necessary for technology-based companies to thrive. Governments in the Gulf have been historically tight-lipped about official data, not unusual within the opaque high levels of GCC governments. The UAE and its neighbors continue to rank among the lowest in the world in internet freedom and transparency, and are notorious among international human rights organizations for their lack of freedom of expression and political movement, especially for minority communities.

This is due, in part, to the robust role that access to information and online communication has contributed to the organization of opposition movements, which is demonstrated most clearly by the role of social media in the forming of the Arab Spring uprisings in 2011. In reaction to the 2011 protests and the proliferation of independent online activity as a whole in the region, many Gulf states have only doubled down on monitoring cyberspace, with Freedom House and The OpenNet Initiative reporting that internet censorship in the post-Arab Spring era is on the rise.

However, technology-based start-ups and private sector companies often require access to raw data to operate. This is especially true of those which are using a digital approach to modernize and streamline GCC government agencies, as Dubai has already begun, but is still important for digital innovation initiatives strictly in the private sector. Although some technology-based companies have begun to work in the Gulf states, continued government online surveillance and censorship will preclude the innovation necessary for a full-scale digital economy to flourish.

The Gulf’s continued focus on digital development could also hinder progress toward another key pillar of most GCC countries’ economic diversification strategies: labor market reform. Labor markets in most GCC countries are characterized by bloated public-sector employment of nationals and the domination of imported labor, both low and high-skill, in the private sector. As a measure to enhance non-oil sector growth and boost job creation for nationals, economic diversification policies in the Gulf have focused on incentivizing nationals to work in the private sector. However, a digital transformation in the GCC economy could hinder efforts to increase employment of nationals in the private sector.

Gulf governments hope that a move toward digital development will decrease unemployment and support them in their goals of developing diverse and sustainable economies. However, without developing a comprehensive digital policy agenda, it is more likely that digitization will exacerbate existing problems in the labor market. Unemployment, especially among the youth population, remains one of the largest economic problems in the Gulf and there are concerns that digitization will only exacerbate this issue.

The World Economic Forum predicts that between 41-52 percent of all jobs are susceptible to automation. Regardless of industry, the overall skill set in the formal labor market is set to evolve dramatically, with 21 percent of the core skill set in 2020 likely to differ from what was expected of workers in 2015. Workers in easily automatable jobs could be displaced or see reduced wages. This may disproportionately affect the GCC, which hold larger percentages of the GCC’s migrant worker force. That, in turn, could negatively affect countries that rely on remittances from migrant workers in the Gulf, such as Jordan or Egypt, and cause a regional economic downturn—not to mention the effects in southeast Asia.

Additionally, the higher demand for technical skills and human capital has already led Gulf giants like the UAE and Saudi Arabia to establish privileged visa processes, such as Saudi Arabia’s ‘Privileged Iqama’ or the UAE’s ‘Golden Card’, for high-skilled foreign workers in order to make themselves a more attractive destination for technology start-ups and entrepreneurs. This, however, is directly contradictory to previous economic diversification policies that aimed to limit the number of foreign workers in high-skilled jobs or in the private sector. Nationals cannot keep up. There remains a lack of digital skills among national workers throughout the GCC due to low-quality professional training as well as a lack of emphasis on entrepreneurial culture and training in Gulf educational systems.

It’s clear that Gulf states are going through a digital revolution. However, if Gulf officials want to keep pace with their digital economies, they will have to acknowledge the institutional challenges to digitization and develop comprehensive policies to address them. Otherwise, their digital revolution is going to be nothing but a hiccup on the long road to economic diversification.

Rachel Furlow is the 2019 Middle East Fellow with Young Professionals in Foreign Policy. Rachel was previously a David L. Boren Scholar at the University of Jordan in Amman, Jordan, Her writings have appeared in Defense One, the Sada Journal at the Carnegie Endowment for International Peace, World Politics Review, and the MENA Source at the Atlantic Council. Twitter handle: @RachelFurlow

Image: Enaam Gazi al-Aswad, 43, one of the first female drivers hired by the ride sharing company Careem but waiting for Saudi license to be issued by the government, applies lipstick inside her car at a company's office in Jeddah, Saudi Arabia June 24, 2018. Picture taken June 24, 2018. REUTERS/Zohra Bensemra