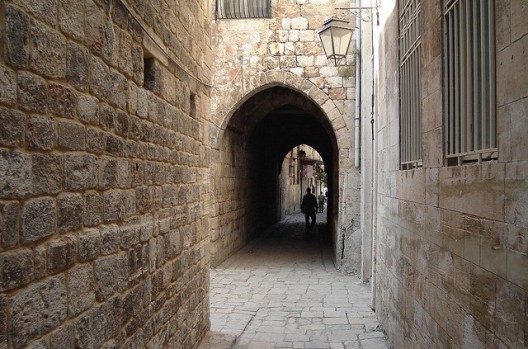 A US policy that does not account for the attitudes and aspirations of Syrians—both civilians and fighters—cannot achieve its goals of sustainable political transition and countering religious extremism. Yet policy-makers have paid little attention to these local factors, preferring a top-down approach to the conflict that focuses on geopolitical calculation and diplomacy. A recent survey, the Voices of Syria Project, offers a model for assessing how Syrians on the ground see the conflict. This approach has immense policy relevance, and many more sizable, rigorous, and exhaustive studies are needed, on a continuous basis, to understand the conflict at a local level. The party best placed and resourced to carry them out is the United States government.

The survey questioned civilians and rebel fighters in Aleppo and Idlib in late-2013, by which time the local population had suffered immensely and most Syrians had realized an opposition victory was far from imminent, if not a lost cause. It should be noted that the sampling size was small (only 150 persons) and limited to two cities. Also, according to its authors, circumstances in Syria did not allow for random sampling, which makes it more difficult to draw general conclusions from the data. However reliable its particular findings, the survey gives policy-makers a useful analytical framework for asking and trying to answer the right questions about local realities:

A clear majority of rebels said they joined the insurgency to avenge regime atrocities, overthrow Bashar al-Assad, and defend their communities. If this does indeed reflect wider rebel thinking, it may indicate a worrying lack of a coherent, committed agenda for post-Assad Syria. However, it could also suggest that the majority of fighters are motivated less by potentially dangerous, intolerant ideologies than by a narrow desire for regime change. This sentiment would imply ideological flexibility and fluidity that could bode well for the political and social health of post-war Syria, and perhaps offer an opportunity for foreign allies to help moderate forces fill that ideological vacuum.

More than half of those polled in Idlib said the Islamic State of Iraq and Sham (ISIS) and foreign (i.e. largely jihadist) fighters was a cause—and not just an outcome—of the protracted conflict in Syria. It is possible that much of the population of Idlib is not merely ambivalent but outright hostile towards these fighters. If so, this attitude presents a valuable opportunity to counter ISIS, which the United States can and should exploit by empowering fighting groups capable of weakening and protecting civilians from the jihadist group. If more rigorous polling reveals similar trends, this strategy would likely enjoy substantial popular support in Idlib and possibly other parts of rebel-held Syria as well.

Almost all fighters surveyed said they would continue fighting until the regime was defeated. If further research shows similar results, then pressuring the rebels to agree to a settlement that does transform Syrian politics is probably futile and will only alienate rebels from their ostensible allies, undermining the opposition’s leverage against the regime and its foreign backers.

Nearly half of the civilians polled favored an immediate ceasefire to begin negotiations with the regime. To the limited extent that these civilians have a say in the trajectory of the conflict, many appeared open to negotiation (though one-third shared the rebels’ commitment to military victory). However, even if this accurately reflects broader civilian attitudes, policy-makers should not confuse openness to negotiation with readiness to capitulate to the regime or abandon the pursuit of a more decent political order in Syria.

Significantly, only a small percentage of fighters questioned said they were fighting to improve their negotiating position against the regime. Most did not appear to see the military struggle as a means to a diplomatic end. If true for the rebellion in general, this would have troubling implications. The rebels may believe negotiating with the regime is futile. Unless the insurgency completely annihilates the regime and its power centers however (highly unlikely at present), the conflict can only end in some sort of negotiated settlement. If the opposition is indeed failing to link means with realistic ends, this disconnect would indicate a lack of a broader political strategy, suggesting the opposition needs strategic guidance from foreign allies just as much as it does money and weapons.

Security of the Population

A substantial number of civilians (around one-third) identified foreign fighters—who generally gravitate to jihadist militias—as the group they rely on most for safety. Syrians can conceivably be both hostile towards jihadists and dependent on them for security. However, if further research reveals they rely heavily on jihadist groups to preserve law and order, this would highlight the imperative to counter the entrenchment of extremist groups in this role, by bolstering moderate fighting coalitions capable of securing the population.

Some one-third of fighters and civilians said they had become more religious since the war began. This shift may simply reflect increased piety amid hardship, which is not in itself harmful. Depending on the nature of these beliefs, however, further studies could reveal that religious militant groups are shaping popular attitudes in Syria through propaganda and indoctrination. An insurgency and support base animated by sectarian, intolerant beliefs creates a breeding ground and sanctuary for violent extremism. The opposition’s allies would only be able to counter such a trend by supporting moderate fighting groups and civil society in rebel-held territories. Otherwise, the combination of discipline, military prowess, and ideological coherence in a time of political and social upheaval would simply be too tempting to too many Syrians.

The Obama administration often cites the prevalence of jihadist extremists as a key argument against supporting the Syrian opposition. Nearly three-quarters of the rebels surveyed said they would strongly support US military intervention in Syria—only one-third strongly opposed it. It is unclear how many respondents could be considered extremists, but jihadists would obviously not support US involvement in Syria. More moderate Islamist groups have a strong presence in Aleppo and to a lesser extent, Idlib. Despite a general suspicion towards the West (understandable given its lukewarm support for the opposition), there may not be the widespread, unrelenting hostility towards it. If so, that would be inconsistent with jihadist beliefs, and would contradict the administration’s narrative that the fight is dominated by jihadists. This is a critical point that needs to be examined much more deeply.

Nearly all fighters and civilians surveyed believed that Syria must remain a united state. If this belief is indeed widespread, some sort of partition or federalization of Syria would be neither desirable nor feasible. It is also important to investigate whether views on this issue vary considerably across different parts and among the different sects of Syria. Syria’s Sunni Arab majority may be more insistent on preserving the country’s political and territorial integrity, while minorities’ sense of vulnerability may make them more amenable to a different arrangement. The opposite could also be true, as Sunni Arabs may increasingly find it impossible to coexist with pro-Assad minorities.

The survey’s limited size and rigor imply it is not definitive. Dedicating US efforts and resources to meaningful data collection and analysis on Syria, however, is the foundation of a more effective, principled policy that achieves stated US objectives. Local attitudes will shape Syria’s future and affect US capabilities and interests there more profoundly than the high-profile international maneuvers of the regime, opposition coalition, and their respective foreign patrons. The United States should carry out more and support more comprehensive studies on a continuous basis, given the fluidity and complexity of the situation in Syria. Any Syria policy that ignores Syrians will be misguided and futile.

Faysal Itani is a resident fellow with the Atlantic Council’s Rafik Hariri Center for the Middle East.