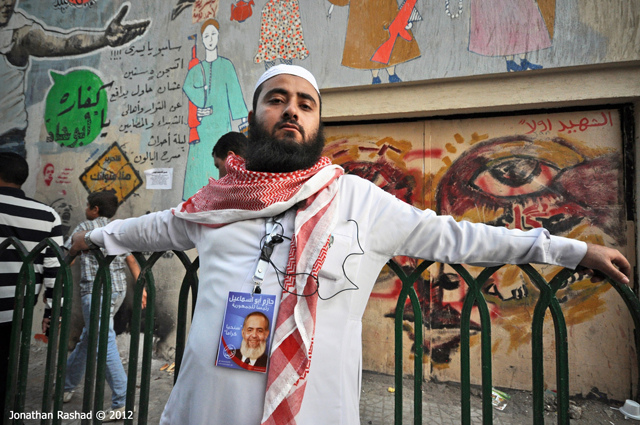 Over a period of 18 days, Egyptians of different ideologies and backgrounds united against former president Mubarak in a remarkable scene that likely won’t be witnessed again. A few weeks after Mubarak’s ouster, with SCAF assuming power, Egyptians started establishing political parties and groups, stimulated by their ideological differences. Theoretically, the emergence of a multi-partisan political system is a healthy phenomenon. However, in Egypt, a healthy political environment is still very much absent.

Notably, the Nour Party was initially part of the FJP’s coalition, before a disagreement over representation in the electoral lists prompted them to leave. This incident denoted the beginnings of a disagreement between the two biggest Islamist parties – the FJP and Nour. The rift was further exacerbated during the presidential elections when the Nour Party announced its support for a presidential candidate who himself had split from the Muslim Brotherhood – Abdel Moneim Aboul Fotouh.

After Morsi’s election, however, the parties again found common ground, supporting some of the president’s most controversial decisions, and working mostly hand-in-hand as a committee in the drafting of the Islamist dominated constitution in December 2012. However, their cooperation was interest-oriented, rather than representing true cooperation based on a common vision and interests.

2013 came to prove this assumption, as Nour is now perceived as an opposition party, standing against many of Morsi’s policies. The conflict between the Nour Party and the Brotherhood reached its peak when the latter approached one a self-defined Salafi redline: Shi’ism.

Following the visit of the Iranian president Ahmadi Nejad to Egypt, the Nour Party along with various Salafi groups voiced their concern over a possible spread of Shi’ism in Egypt following. The Salafi attack on Shias has been relentless. Viewed as infidels, Shi’ism is seen by many Salafis as a threat to Egypt’s national security. The decision to resume touristic flights between Cairo and Tehran provoked a significant wave of anger among Salafis, and resulted in several protests against Morsi and his decisions.

A bird’s eye view of Egyptian politics places the Brotherhood and the Salafi parties in the same camp. On closer inspection however, we find that the Muslim Brotherhood and Morsi are at odds with most prominent Salafi groups. While both groups are Islamists, their visions and tools differ drastically.

The Brotherhood and FJP are ruling Egypt according to their own vision, which evidently differs from the Nour party’s vision. Accordingly, Nour’s disappointment with Morsi’s regime is obvious. Despite maintaining a cautious stance on several occasions, the party has emerged as a key opposition party. The party’s official stance on the recent cabinet reshuffle underlines this stance, as Nour rejected the reshuffle and described it as “a failed attempt to deal with the current crisis of political polarization.”

Like their secular counterparts, the Nour Party has distanced itself from the Morsi government, refusing to participate in the cabinet after their demand for a complete overhaul was ignored. This move ensures that the blame for any failures will not fall on their shoulders.

Within Morsi’s government itself, the rift is more pronounced. Nour Party member Khaled Alam al-Din was dismissed accused of using his post for personal gain, after which fellow Nour member Bassam al-Zarqa resigned in protest. Of the remaining advisors in Morsi’s government, the only Salafi remaining is senior aide Emad Abdel Ghafour, a former Nour Party leader who split from the group and founded the Watan Party.

In the Shura Council, the Nour Party and the Muslim Brotherhood have faced off over several issues including the Sukuk Law and Egypt-Iran relations.

With rumors of a struggle over al-Azhar, and accusations levied by some at the Brotherhood for an attempted take-over of the revered institute, a Nour delegation met with Al-Azhar Grand Imam, where, according to party leader Makhyoun, they agreed on the threat of Shi’ism in Egypt – a stance that stands in stark contrast with Morsi’s and the Brotherhood’s.

Most recently, the Nour party’s most prominent leaders embarked on a European tour whose aim is to “correct the negative images of the Salafi groups in Europe,” a move which mirrors the Muslim Brotherhood’s own charm-offensive trips to the US. The Shi’a issue aside, the Nour Party’s many initiatives show a political awareness that aims not only to appeal to its local constituency, but also demonstrates an understanding of the international political landscape.

Such clear stances come at a time when the National Salvation Front (NSF) is pitting itself behind another popular street movement, with the Front’s most prominent leaders endorsing the rebellion movement Tamarod. At a time when the Nour Party has clearly opted to play politics, the NSF is still wavering between politics and revolution, and has yet to choose a side.

With the Nour party’s well-planned actions, established and currently-rising popular base, their victory in upcoming parliamentary elections will not be the surprise it was during last year’s elections. A significant percentage of the votes the Muslim Brotherhood  might lose in the elections are most likely to end up cast in favor of the Nour Party.