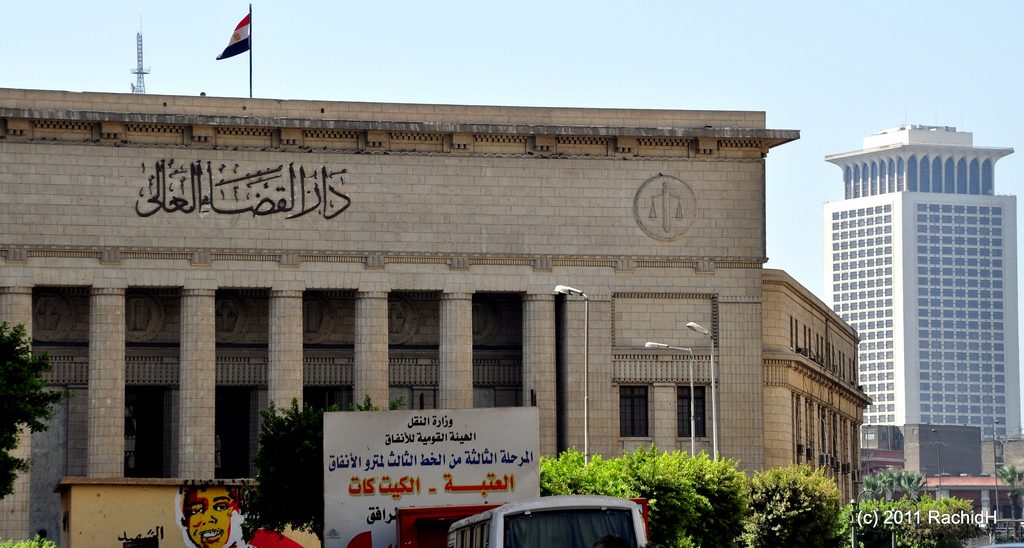 The moderate Islamist Wasat Party’s initiative to amend the Judicial Authority Law (JAL) was the spark that set off a renewed battle between the judiciary and the ruling party. In principle, the issue is nothing more than a "proposal" for legislative amendments put forth by a representative of a political party in the Shura Council, which has legislative jurisdiction over the matter.Download the PDF  Nevertheless, the whole issue has produced a battle between the judiciary and the Muslim Brotherhood. The question remains: why the furious battle, even though the issue is no more than a proposal to change a law, over which the legislative body has jurisdiction?

First: Amending the JAL, appears on its face, to be well within the accepted norms of politics as practiced throughout the world. However, it is a known fact that the nature of relations between the judiciary and the presidency are already strained, as they have been throughout the ten months of Mohamed Morsi’s presidency.  This is a result of the successive crises caused by presidential decisions and decrees, and so the proposal comes in the midst of a fundamentally stifling atmosphere.
Second:  The proposal to change the JAL came immediately after the Cairo Criminal Court’s verdict ordering the release of the deposed president Hosni Mubarak, over charges related to the deaths of protesters.  This indicates that the move to amend the JAL was a direct reaction to the court ruling.  The problem is that the court’s decision was marketed politically in the media as a complete acquittal. This was then used as evidence of the judiciary’s ‘corruption’, and fueled calls for the need to cleanse the judiciary.   The truth of the matter is that Hosni Mubarak was not acquitted of the charges leveled against him and he has not been released from preventative custody, which the judiciary imposed upon him for his potential liability in several other cases.  Hosni Mubarak has only been released, for which he has already remained in preventative custody for the legal limit of two years, in accordance with Article 134 of criminal procedure law, which the judge is required to uphold.  As a consequence, the proposal to amend the law comes in the midst of a climate filled with “fraud and lies”, and an increasingly stifling political and social situation; an atmosphere completely unsuitable for debating such an important law.
Additionally, it is not politically wise to propose a bill to change the Judicial Authority Law as a response to a particular incident.  This kind of law is of great importance and changes to it must be the result of initiatives that are not reactionary.  It should be the result of an initiative that represents true and comprehensive reform, taking the time necessary to prepare the law. It should also be proposed at a time when political pressure is at a minimum.  This will minimize the effects of political polarization that will inevitably occur when discussing such an important legislation.
Third:  The proposed amendment lowers the judge retirement age from 70 to 60.  One of the main causes for the crisis lies in the fact that this change would be effective immediately.  The problem is not in changing the judges retirement age, whether raising or lowering it.  The real problem is that with the passage of the law, by applying the change immediately, it would result in the forced retirement or "dismissal" of all judges over the age of sixty.  It is impossible to ignore the sheer scale of the crisis that would ensue.  This would be tantamount to firing all of older judges who possess vast judicial experience in one fell swoop, without preparation.  The move would also be in direct conflict with the basic principle, enshrined in the constitution, which prevents the dismissal of judges.  Lastly, it would significantly disrupt the work of the judiciary with the removal without warning of 3,000 judges from among a total of almost 15,000. In other words, close to 20% of Egypt’s judges would be forcibly retired.
While, in principle, there is no problem with changing the judge retirement age, it is key that the change takes place based on genuine and professional dialogue, seeking the common good.  If there were consensus on the importance of lowering the judge retirement age, it would have to be implemented gradually rather than retroactively, such that the new retirement age would only be applied only to judges appointed in the future, or at the very least, applied only to appointed judges under the age of forty at the time of law’s ratification. The current situation, however, is nothing more than "political revenge" exacted on the judiciary by the ruling administration in an attempt to gain control over the judiciary and to destroy its very foundations, which are in need of reform.
There exist two precedents in Egypt in which President Morsi’s administration immediately executed a decision relating to the judiciary.  The first precedent was a result of Morsi’s November 2012 Constitutional Decree. Carried out “effective immediately,” the decree limited the attorney general’s term of service to four years, resulting in the dismissal of former Attorney General Abdel Maguid Mahmoud. The crisis over the attorney general is ongoing, and is one of the reasons for tensions between the judiciary and the presidency.
The second precedent was a result of the new Egyptian Constitution, which limited the number of judges in the Supreme Constitutional Court (SCC) to 11.  It also stipulated the change would be "effective immediately," resulting in the dismissal of seven. SCC judges from their posts.  In my opinion, this is one of the principal reasons to call the constitution, in its entirety, into question.  Is it acceptable to dismiss thousands more judges by the same illegal means? Where is the real reform of the judiciary in the midst of all of this?
The Egyptian judiciary is in desperate need of reform, and this long and complicated process should be conducted in an atmosphere far removed from revenge and the settling of scores. The process requires the greatest degree of professionalism, and should take place far from the influence of politics. The negative effects on the Egyptian judiciary after the revolution require real, serious work, the aim of which should be preventing one of the most important institutions in Egypt from collapsing.

Yussef Auf has been a judge in Egypt since 2007. He is currently a non-resident fellow at the Atlantic Council’s Rafik Hariri Center for the Middle East in Washington DC where he focuses in his research on Constitutional issues, elections and judicial matters. He can be reached at [email protected]
Photo: Rachid H.