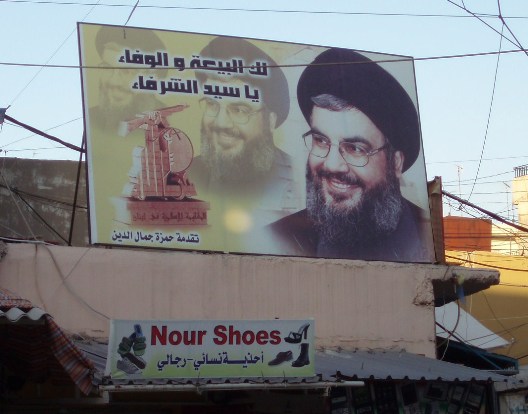 A few days ago, bombs tore through a Beirut neighborhood. With blood still drying, the Abdullah Azzam Brigades claimed responsibility, promised more attacks, and declared their desire to drive Iran and Hezbollah out of Syria. Apparently, the suicide bombers tried to kill the Iranian ambassador to Lebanon and inflict “heavy damage” to the Iranian embassy; alongside innocent civilians, they reportedly killed Iran’s cultural attaché, a Hezbollah security official, and two members of the Iranian Revolutionary Guard Corps. Lebanese politicians have called for calm, professed solidarity, and spun their stories—it’s Independence Day, after all.

While the Iranians and their allies have publically, and predictably, blamed the Israelis, Hezbollah’s cadres have privately “blamed Saudi Arabia for the embassy bombing and demanded revenge”—Saudi targets including the embassy, shopping malls, and certain property developments will have special appeal.

Neither these attacks nor the promised retaliations are surprising. Since the Syrian struggle began in 2011, competing Levantine factions have bombed, shot, shelled, skirmished with, and kidnapped their enemies in Lebanon. Moreover, in the decade preceding Syria’s war, these factions—however loosely aligned—competed for control in Lebanon. They have made statements; they have sent messages. And now they—like the many innocents they have hurt—are accepting condolences.

But if the bombs are not surprising, they are certainly significant. Beyond the Saudi-Iranian shadow war, beyond Sunni-Shiite tensions, beyond the struggle for Syria, beyond Lebanon’s closet war, and beyond the terrorists and thugs, the bombs—once again—expose the deepest of problems plaguing the Levant today: the culture of political violence.

Over the past fifty years, violence has plagued the Levant. In the 1960s, the Palestinian Liberation Organization (PLO) emerged as a relatively radical alternative to the stale state order. In the 1970s, between the PLO’s provocations and domestic differences, Lebanese militias began emerging within—and then displacing—political organizations. Today, a collection of warlords and financiers maintain their grip on the country.

Meanwhile, as the PLO ascended and as Lebanon crumbled, a regime emerged in Damascus: On its political stage, marked by its own strand of violence, Hafez al-Assad and a nominally Ba‘athist clique patiently imposed stability with violence, the threat of violence, and the fear of a violent Israel. Over time, as its politics grew stale and as its economics failed to deliver, the Assad regime created the conditions for an uprising. By butchering civilians, the Assad regime then created the conditions for a civil war—exposing the violence at the heart of its rule and promptly militarizing the struggle for Syria.

Instead of eroding the logic of violence, the coups, civil wars, ritual bloodlettings, and assassinations have reinforced it. Even Beirut, the last Levantine city, clinging to cosmopolitanism amid the chaos, is slowly rediscovering—and succumbing to—this logic. Under the bombs, amid the bullets, Levantines have set aside the ballots. In Beirut, for instance, two successive parliamentary elections have been discarded—and one election has been deferred—because Hezbollah has more guns, better men, and deeper international support than any of its competitors (as flawed as they may be). Next door, an entire nation burns because its keepers—the Assad family and a cabal surrounding them—believe it to be some sort of Damascene bakery, to be passed down from father to son, from friend to friend, with no regard for millions of citizens.

Throughout the Levant, confronted with violence, the civil gradually become silent. Politicians are assassinated; their erstwhile allies fall in line. Security officials investigating the crime are killed; their subordinates grow weary. Journalists are murdered and maimed; only the irrelevant are allowed to be irreverent. International tribunals are established; the geopolitics of justice then grind to a halt. Foreign powers depart; robber-barons make war. Foreign powers return; robber-barons manage the peace. Millions of citizens vote, or clamor for a vote; thousands of thugs rig the results. Beirut burns; Washington wonders.

And, yet, none of this is insurmountable. Levantines, now divided and dulled down, must reclaim their cosmopolitanism. More of them, like the many that have already tried, must refuse to greet violence with silence: They must think, read, speak, write, and act towards change. Emerging as militant moderates, they must stop tolerating the intolerant. Emerging as citizens, they must build communities of conscience—not mere communities of creed.

These bombs are, as many have surmised, a series of messages—not from Iran, not from Saudi Arabia, not from Israel. Written in blood, these Levantine Letters are blasts from the past, compelling their recipients towards a better future—but only if they see it, strive towards it, sacrifice for it, seize it.

Anthony Elghossain is an attorney at a global law firm based in Washington, DC. He tweets @aelghossain