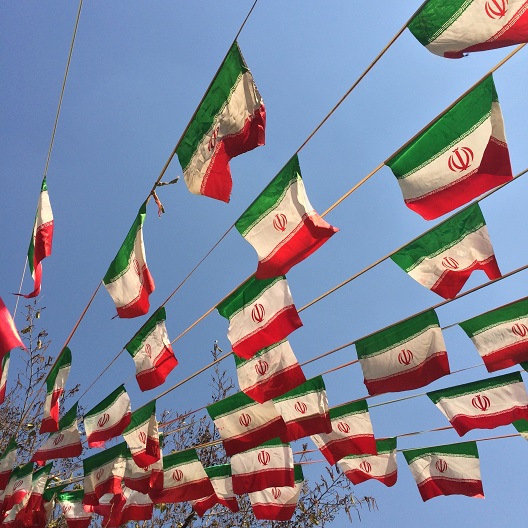 France played a significant role in the negotiations that led to the deal with Iran known as the Joint Comprehensive Plan of Action (JCPOA). The French wanted a “robust deal,” and they were concerned by the Obama administration’s tendency to turn a blind eye to Iran’s regional policy with the aim of maximizing the chances of a nuclear deal.

This does not mean that the French wished to include regional questions or ballistic missiles issues in the negotiations. Separating these subjects was quickly agreed upon for reasons of efficiency. The French simply believed that negotiating nuclear issues should not be incompatible with countering Iranian actions in the region, and notably in Syria. Two years later, we face the same dilemma.

The regional outcome of the Vienna Agreement

The French never believed in the “transformational” value of the JCPOA. They did not think the agreement would lead Iran to take on more of a moderate role in the region. On the contrary, they feared that in order to get the support of the security wing of the regime, the moderate elements would be forced to give up more freedom to the Islamic Revolutionary Guard Corps and their epigones.

It turns out that this is exactly what happened—especially since the United States’ choices facilitated Iran’s politics. The Obama administration concentrated all its attention on the war against the Islamic State (ISIS, ISIL, or Daesh). In Iraq, the United States co-opted Iranian-led militias to tighten its control around Mosul and drive out the Islamic State. In Syria, it lost a lot of time in vain negotiations with Russia and limited its action in the Raqqa offensive, thereby antagonizing Turkey by giving heavy support to the Syrian-Kurdish forces.

It is somewhat misleading to speak of Iran’s “destabilizing actions” or “Shia expansionism”in the region. Over the years, we witnessed the systematic creation of a zone of influence. Iran advanced its interests by exploiting the chaos created by the weakness of regional states, the rise of violent jihadism, and the power vacuum left by the withrawal of the Americans.

Was Iran pursuing a defensive policy or committed to the business of building an empire? The debate is endless. However, within the wide zone that spans from Afghanistan to Lebanon, and in parallel to the emergence of a Sunni jihadist “zone”—a region where a jihadist can move about with relative freedom—an “international” Shia militia was created, composed of smaller militias including Iraqi, Afghani, and Pakistani armed groups. The latter were set up along the lines of the Lebanese Hezbollah, benefitting from Iran’s standardized doctrine of when and how to engage, its training and equipment. They answer to the command of the Islamic Revolutionary Guard Corps.

These Shia militias are not solely military actors: they are also political agents. Hezbollah is an excellent puppeteer of the Lebanese ghost state. In Iraq, the Popular Mobilization Forces (PMF) aim to play a similar role.

In Syria, the number of local militants Tehran can count on is limited. Iranian strategists are therefore forced to call for Afghan, Iraqi, and Pakistani recruits, to actually use Iranian forces, to count on Russian air support, and to encourage Syrian President Bashar al-Assad in his ethno-sectarian policy of displacing populations.

The new administration in Washington could have disrupted the landscape that was being drawn. President Donald Trump’s reaction to the Khan Shaykhun chemical attack on April 6, 2017, led us to think that new American leaders understood better than their predecessors the “language” of the region, in which strong actions carry significant weight. A real US re-engagement appeared possible, opening a window of opportunity for a settlement if the Russians were really interested in concluding an agreement. This did not happen, and the lack of a compelling Syria policy is now more apparent in the Trump administration than under President Barack Obama.

The fate of the Euphrates valley constitutes a major test in this respect. The Trump administration has vehemently denounced Iran’s destabilizing actions in the region. The administration should, however, understand that in order to obstruct the establishment of the so-called Shia “corridor” from Tehran to the Mediterranean, the control of Deir Ezzor and of the whole Euphrates valley constitutes an essential asset. Such a corridor would be a powerful element enabling the strategic mobilization of the international Shia militia.

There too, however, Washington has sent contradictory signals. The decision to no longer support armed groups of the national opposition in Syria is perceived in the whole region as significant proof that the Trump administration is not willing to translate its offensive discourse into action, and notably concerning its anti-Iran rhetoric. The restoration of tight relations with Saudi Arabia and Israel does not change the state of affairs and has the inconvenient impact of bolstering the region’s sectarian discourse.

The revival of the Great Nuclear Game with Iran

From a French point of view, renouncing the Vienna Agreement, in one way or another, is a mistake. The agreement is not as bad as its detractors make it out to be. Moreover, substituting it with a void, and thus potentially giving the Iranians in favor of advancing their nuclear program carte blanche seems quite strange. Besides, denouncing the agreement will not hinder Tehran’s directing it’s above mentioned “international” Shia militias. Rather, it would reinforce the central command of these militias in Tehran.

The French, nevertheless, understand that the American administration’s intention is not to suddenly denounce the agreement with Iran. Decertifying the deal would only be the beginning of a maze of maneuvers aimed at putting pressure on the other parties of the Vienna Agreement—Iran, but also Europe, Russia, and China—so as to encourage them to consider corrective measures to the current agreement.

Iranian leaders, starting with President Rouhani, immediately communicated that they would not take part in any re-negotiation process. According to the European Council on Foreign Relations, European leaders will initially need tenacity and keen acumen to deter the United States from pursuing their threats and to prevent Iranian leaders from multiplying provocations.

Would a scenario by which the agreement would hold without the Americans, at least temporarily, be possible? What would then be the Iranians’ interest in continuing to respect the restrictions and controls set by the agreement? How would it be possible to maintain economic relations between the remaining parties? What would be the cost for the Atlantic world’s cohesion? These, among others, are difficult questions: it is nonetheless possible that such a scenario would de facto allow room for negotiation on peripheral issues to the agreement (ballistics, regional policies) and even on some of the agreement’s provisions (sunset clauses).

This hypothesis thus deserves to be considered by all concerned parties. Iran does remain vulnerable to some extent and should think carefully before choosing to go back into the unknown. The United States has adopted such a restrictive vision of the JCPOA implementation that they now hold a large number of bargaining chips for a new potential deal.

What policy should be adopted in the Middle East after decertification?

The revival of the nuclear game with Iran should not lead to disregard of the geopolitical challenges now posed by the region’s instability.

Simultaneously to announcing decertification, President Trump announced he would increase pressure, notably sanctions, against the Islamic Revolutionary Guard Corps. This is probably, in his view, a way to address regional challenges. The question now is whether this will effectively put a stop to the “international” Shia militias or whether it will, in fact, have the opposite effect.

Whatever the effect, it would be wise to strongly assert that the Shia, like all other communities, rightly belong to the Middle Eastern region and to make it clear that the ultimate goal of Western policy is not regime change but Iran’s successful integration into the region. It is especially critical to examine the environment that enabled the rise of what is usually referred to as Shia expansionism.

It is therefore evident that we need to defeat ISIS and al-Nusra. It is necessary simultaneously to engage in the narrative battle: Sunni powers must be encouraged to display and enact their condemnation of extremism as well as their struggle against its ideological basis.

As incredible as it may seem, a lot of people are buying into the Russian and Iranian narratives, according to which the real opponents of Jihadism are in Moscow and Tehran rather than in Washington, or in Arab or European capital cities. This narrative has to be dismantled. The fact that Hezbollah’s intervention in Syria triggered the radicalization of the armed opposition is, for instance, largely missing from accounts of the civil war.

The best way to contain the so-called Shia expansionism, may be to strengthen states in the region. Iraq, which has become even more destabilized since the September 25, 2017 Kurdish referendum, would benefit from a massive reinvestment from Western countries. The concept of “nation building” is today seen negatively in Washington and elsewhere. Nevertheless, it remains the best bulwark against Iran’s empire building and expansionist ambitions. This should be the basis of a large transatlantic partnership aimed at reaching a sound allocation of tasks.

In Syria, there is no state remaining. Allocating money to reconstruction in Syria is, in these conditions, a bad idea, as General MacMasters is reported to have pointed out a few days ago. If Russia and Iran wish to pursue a political solution, we must remain open to it, while indicating the parameters we consider essential. Among the most important issues is  the developemnt of effective state institutions, which will establish proper governance (excluding criminal elements inherent to the current regime), implement the rule of law, and restore a national army to replace various foreign militias. On this last point, the United States and their allies continue to ignore what should be one of their priorities, namely the creation of a stabilization force, drawn from the Arab rebels, in order to avoid solely depending on the Kurds as an alternative to the Shia militias.

One question remains: what support can the United States rely on in the region? If the American administration decides to take the Middle East’s geopolitical shifts into account, it cannot only depend on the Gulf (or certain Gulf countries) and Israel. It necessarily has to recover Turkey’s support before it is too late. It will also have to consider Russia—which unquestionably regained a role through its military intervention in Syria—and with Russia it is necessary to take account of the Moscow-Tehran axis, an alliance which is historically unnatural, but nonetheless a pillar of the current Middle East’s reality.

Europe—as well as India and China—should be encouraged to get more involved. This is the paradox of decertification: in order for the Trump administration’s plan to be successful, mediators must interfere between Washington and Tehran. Despite its appearance as the ultimate unilateral act, decertification ends up making the United States more dependent on outsiders with regards to its policy’s success; and among those outsiders is—a permanent member of the United Nations Security Council, who is active in the Middle East, and America’s oldest ally: France.

Ambassador Michel Duclos is senior advisor to the Institut Montaigne and a nonresident senior fellow at the Atlantic Council’s Rafik Hariri Center for the Middle East. He formerly served as French ambassador to Syria and has held a number of senior diplomatic positions throughout his career.

This article is published with the Institut Montaigne, a pioneering independent and trans-partisan think tank dedicated to public policy in France and Europe.