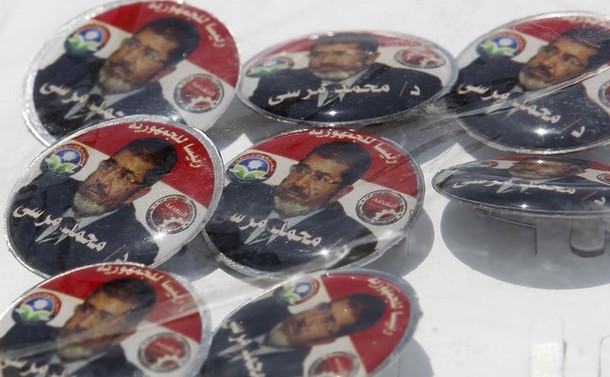 As Mohamed Morsi, the now former member of the Muslim Brotherhood and its political arm, the Freedom and Justice Party (FJP), takes his place at the helm of the country as Egypt’s first democratically elected civilian president, the group finds itself, once again, straddling two very different tactics for achieving its goals: revolution and politics.

While Morsi has resigned from the party, it is hard to imagine that a 30+ year relationship will not have a direct bearing on his role, with some even going so far as to say that resignation or not, the Muslim Brotherhood’s Guidance Bureau will be running the show from behind the scenes.

Over the past 16 months, the Muslim Brotherhood has wavered between protest and politics – never truly picking one side and sticking to it. Now that a Muslim Brotherhood man resides in Egypt’s presidential palace – does this mean that the group should give up its mantle of protest in exchange for statesman’s politics?

With the statement that they would “not leave Tahrir until the people’s demands are met”, it seems that a middle of the road approach continues to be the Muslim Brotherhood’s course of action, one which may not be very fair to the steadfast revolutionaries who have done the opposite.

Since the beginning of the uprising, the Muslim Brotherhood has been criticized for its willingness to negotiate with the powers-that-be. Before Hosny Mubarak’s ouster, Morsi himself was involved in a failed attempt to negotiate then-imprisoned Brotherhood member Khairat al-Shater’s release in exchange for emptying Tahrir Square. The pre-election-results negotiations between SCAF and the President-Elect are the latest in a long series of backroom deals.

Revolutionaries, among them liberal and secular politicians, have not been as willing to sit at the negotiation table with SCAF. Those that chose the ballot boxes as a means of influencing public policy welcomed the annihilation of a parliament that they viewed as ineffectual, preferring to return to square one. In contrast, the Muslim Brotherhood has derided the decision and continues to push for the reinstatement of the elected parliament.

So while gunning for the ballot boxes – whether presidential, parliamentary, or simply a referendum – the Muslim Brotherhood has also, once again, hit the accelerator on protests.

Joined by the April 6 Movement among others in Tahrir Square, protests continues against a constitutional addendum that gives SCAF powers above the state and diminishes the capacity of the newly elected president.

Following the January 25 uprising, two main arguments have been used against taking to the street: Egypt’s economy and security. Repeated calls for the need for the fabled “wheel of production” to once again begin turning has all but successfully turned public favor against the legal right to protest.

With a history of making promises, only to renege on them at a later stage (Morsi’s presidential nomination included), the Muslim Brotherhood once again appear to be trying to have it all – both on the streets and in office.

On the one hand, protesting seems to be the valid response to what has been described as a constitutional addendum that leaves Egypt with nothing more than a “toothless president.”

However, with the constitutional amendments announced before the results, Morsi – and by extension the Muslim Brotherhood’s – decision to remain in the presidential race, may have legitimized SCAF’s far-reaching powers.

If Morsi’s position as Egypt’s president will bear more results, we can probably expect a far emptier square in the coming weeks.

Scott MacLeod argues that, “Morsi and the Brotherhood will find themselves in perpetual negotiation with all of Egypt’s players-with the Supreme Council of the Armed Forces, Salafists, Coptic Christians, liberals, and even with Shafik and his supporters.” If that is truly the case, it may well be what the Muslim Brotherhood does best.