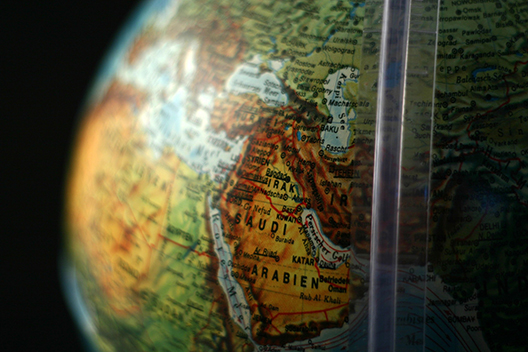 In 2003 American forces successfully took Baghdad, but without the benefit of a ‘day after’ civil-military stabilization plan. The unintended results: a chaotic occupation, a vicious insurgency, the premature withdrawal of the United States from Iraq in 2011, and the subsequent rise of the Islamic State (ISIS, ISIL, Daesh). This and other disappointments—Libya 2011 (again a stabilization plan AWOL), Syria 2011-today, and Iraq redux—fuel the rhetorical engines of those who today counsel some manner of American disengagement from the Middle East.

Each of these policy shortfalls had specific causes. Each had identifiable authors. None resulted from a flawed consensus of ‘the foreign policy establishment;’ some involved the exclusion of actual experts. None signified the preordained failure of American military operations and other gradations of political involvement in the Arab world. In fact, the liberation of Kuwait in 1991 featured diplomatic and military excellence of the first order. And yet 13 years of chaos in Iraq, punctuated by other setbacks, seem to have convinced some Americans that the United States simply can do nothing right in the Middle East and should therefore leave.

The crisis we face today of ailing governments and healthy terrorists originates in the Middle East, but is international in scope: it is roiling the politics of Western Europe and North America as migrants bolt from Syria and North Africa and terrorists perform mass atrocities. That the ill-considered action in 2003 had unforeseen and unintended consequences is true and regrettable. That the error of 2003 was repeated by a similar 2011 scenario in Libya, by withdrawing precipitously from Iraq in 2011, and by freezing in the face of Syrian mass murder, is also true and regrettable. But here we are. Our Central Intelligence Agency director tells us that ISIS in Syria—the product of state failure in both Syria and Iraq—is trying to do in the United States what it did not long ago in Paris and Brussels. Is pulling up an imaginary drawbridge the answer to this challenge?

Even in the minds of those counseling disengagement, the word itself probably has a narrow meaning. If, for example, Mr. Trump does not know it now, his foreign policy advisors will brief him on the vital importance to the world economy—and therefore to the American economy—of energy resources passing through the Strait of Hormuz, and the inescapable necessity of American naval forces taking the lead in safeguarding this flow. By the same token any American president would likely reach out and touch terrorists deemed dangerous to the homeland and to American citizens—diplomats, businessmen, tourists and the like—physically present in the region. And surely no president would relegate to the past tense the relationship with Israel or alliances and relationships with Middle Eastern dimensions. America is not stronger standing alone.

Disengagement would probably mean distancing the United States, both militarily and diplomatically, from conflicts in Iraq, Syria, and Libya, and from ‘nation-building’ in the sense of intensive advisory efforts accompanied by security and economic assistance. The guiding philosophy might be something on the order of letting conflicts burn themselves out while the United States keeps a safe distance from indigenous actors and their allegedly age-old conflicts.

Aspects of American policy toward Syria over the past five years—in particular a decision to offer no protection to Syrian civilians from their own government’s policy of mass homicide—constitute a partial trial run for disengagement in this sense of the word. The rise of ISIS and a massive migration crisis do not bode well for the experiment. Disengagement from Syria would be more complete if the diplomatic effort spearheaded now by Secretary of State John Kerry to end the war were dropped, along with humanitarian assistance for refugees. This would worsen an already parlous situation for Syrians, their neighbors, American allies in Europe, and ultimately the United States itself.

Yet it is precisely the chaos prevailing in places like Syria, Libya, Iraq, and Yemen (with memories of Iraq 2003 ever-present) that persuades some Americans that the only wise course for the United States is to give it all a wide berth. Still: American failures in the Middle East have had specific authors, causes and circumstances. One searches in vain for the factual basis for believing that no matter what the United States does in this troubled part of the world, it will ultimately come to grief.

This has been, however, the essence of Obama administration argumentation against any military steps to complicate, mitigate, or frustrate mass murder on the part of Syria’s Bashar al-Assad: if we do anything at all militarily to protect people and to undermine the ability of ISIS to gain recruits, we are on the slippery slope to invasion, occupation, and a repeat of what befell us in Iraq. This rhetorical drumbeat has all-but-convinced regional partners that Washington actually aims to abandon them to some kind of neighborhood sharing with an aggressive, hegemonic Iran. And it has provided the actual advocates of Western disengagement with a theme some American and European voters find attractive: the Middle East is terminally messed up and we should not touch it.

President Obama and his advisors did not mean literally what they were saying. American forces (including their boots) are, after all, today on the ground in Iraq and eastern Syria. The arguments for maintaining distance – ‘it’s a slippery slope,’ ‘we can only make it worse,’ ‘these are ancient feuds’ – seemed to have been reserved exclusively for Assad’s Syria.

Indeed, in that specific context they had policy utility for an administration whose top regional priority was getting a nuclear deal with Iran. Passivity in the face of Syrian mass slaughter was internally justified by excuses recycled from the 1990s, when genocide in the Balkans was long denied by the United States. But passivity itself over five years in Syria has had to do with not alienating Iran, a country totally invested in the political survival of the Assad regime. Still, the ‘tell me how it ends,’ ‘there are no angels in Syria,’ and ‘we’ll end up owning the place’ alibiing has had a strong impact beyond its actual limited, utilitarian purpose. It has strengthened the understandable default position of many Americans: what’s happening over there is terrible; but it’s none of our business; we have our own problems to attend to; let the good Lord sort it out.

Do we imagine, however, that oceans to our east and west make what is happening in Syria, Iraq, and Libya ‘not our problem?’ Do we really think there is a castle, moat, and drawbridge? Are we and our Western partners content to say “Have at it and let us know when you’re done?” Are we comfortable with the rise of vacuum-filling international terrorists? Are there no international (including American) consequences for countries being emptied of their inhabitants? Is it really beyond the capabilities of Americans and their transatlantic partners to make differences for the better in a troubled part of the world? Two-hundred-and-forty years into independence, has ‘no-can-do’ become America’s national motto?

The next president, like it or not, will have his or her hands full with the Middle East. The starting point for getting anything right is to reject the proposition that we will always get it wrong; that it is not even worth trying. Failures in Iraq beginning in 2003, and Syria and Libya beginning in 2011 do not dictate that the United States can do nothing right in the Middle East. Those failures had specific reasons and authors, just as the brilliantly successful diplomatic-military campaign resulting in the liberation of Kuwait did in 1991. To say we are fated to fail is to change the message and the meaning of the American experience. In practical terms, if we turn our backs and leave terrorists and the mass murderers of the Middle East to their own devices, we do so at our peril. What happens in the Middle East will not stay in the Middle East.