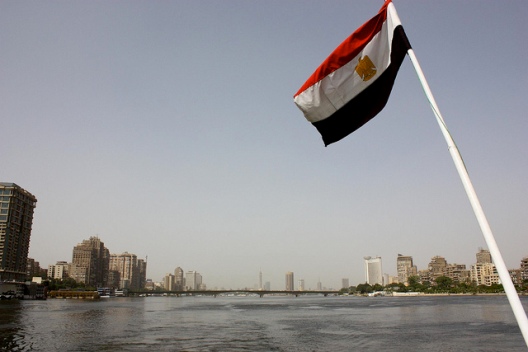 While most attention is on Egypt’s constitution and the crackdown on the Muslim Brotherhood and revolutionary youth activists, the government may be moving ahead with a new NGO law.  Last Thursday, Minister of Social Solidarity Ahmed al-Borai announced that he intends to submit the law, prepared with civil society input, to the cabinet in two weeks, following a “technical review.”  How the law eventually turns out, particularly with regard to the activities and funding of human rights and democracy NGOs, will be another test under the military-backed government.  These groups are both the main advocates of civil society freedoms and the NGOs most vulnerable to a crackdown.  With Egypt’s security establishment resurgent, its human rights community divided, and much of the public seemingly tolerant of repression, Egyptian civil society will continue to face an uphill battle.

Committee to Reform the NGO Law

Al-Borai,  a leading member of the Dostour Party who some count as one of the “liberal” ministers in the interim cabinet, initiated the reform process in early August.  He assembled an advisory committee that, notably, includes representatives from highly-respected independent human rights groups.  This raised some activists’ hopes of a golden opportunity, three years after the 2011 revolution, finally to achieve a more permissive legal framework for NGO work.  (The committee also has many representatives with government links or others not known to support civil society freedoms.)

The advisory committee reportedly struggled to build consensus.  While some members pushed for lessening controls on NGOs, others—including some of the human rights figures—argued for maintaining restrictions.   The issue of foreign funding, which is a lifeline for many democracy and human rights groups, was especially controversial.

The committee’s divisions reflect the deep polarization in the democracy and rights sector following the July 3 coup.  Only a few rights organizations have been willing to buck public opinion and criticize the government’s abuses, especially the violent crackdown on the Muslim Brotherhood.  By contrast, other human rights personalities have justified the repression as necessary to crush the Brotherhood, which they view as the biggest threat to liberties.  Some even expressed great sympathy for the police—long major antagonists of Egypt’s human rights movement.  Other groups simply have chosen to remain silent.

The views of the more progressive committee members eventually prevailed on some key articles.  Thus the committee’s current draft, which will likely undergo further changes, includes modest improvements, especially when compared to the particularly retrograde law prepared (but never enacted) by the Morsi government.  Most significantly, NGOs would be required to notify the authorities only upon receipt of foreign funding.  This would replace the system of prior approval that the ministry often uses to block funds. (The authorities, however, would still have wide powers to object to foreign funding once it is received.)  The draft also narrows the grounds on which the authorities can dissolve Egyptian NGOs, simplifies registration procedures, and reduces penalties for violating the law.

But overall, the draft text falls far short of international standards for freedom of association.  For instance, contrary to international norms, all forms of “associations” would be required to register.  This requirement could be used to force civil companies (a more flexible legal status under which many human rights groups operate), informal networks, and short-term advocacy campaigns under to operate under the restrictions of the law. Regarding the sensitive issue of international NGOs operating in Egypt, authorities would retain broad powers to deny registration or suspend their activities.  And the penal code could still be applied to prosecute violations of the NGO law.  Indeed, the penal code was used to indict and then sentence to prison in June 2013 forty-three NGO workers from the United States, Egypt, and other countries for “unauthorized” programs and foreign funding—an outrageous episode from which Egyptian civil society has yet fully to recover.  The draft law would give the authorities plenty of ways to obstruct the work of all sorts of NGOs.  Indeed, since the revolution, many NGOs working in less political fields such as development report new heights of bureaucratic blockages and delays from the Ministry of Social Solidarity.  Activists fear that once the cabinet (and especially the powerful Minister of Interior) formally weighs in, more restrictions will be added.

Worryingly, recent comments by al-Borai indicate that he supports tighter security controls, under the guise of Egypt’s “fight against terrorism.”  Al-Borai explained to Al Masry Al Youm that although before taking up his current post he endorsed unrestricted NGO freedoms, he now realizes the threat that “groups of evil” pose to national security and the need for “temporary” stricter surveillance of all NGOs.

A recent series of hostile articles in the state-owned press about Egyptian and international human rights and democracy NGOs also hints at a possible a new wave of civil society repression.  (Such articles often reflect the views of security agencies.)  The articles cast Egyptian human rights groups as unpatriotic and contemptible.  As one columnist declared in Al Ahram, “I hate anyone saying the term ‘human rights.’ I don’t respect any organization that speaks about a human rights violation. ” More darkly, the articles associate unregulated, illegitimate civil society (as opposed to acceptable civil society, as defined by the regime) with invasion, war, and national ruin, often quoting authoritative-sounding military and security officials.  Specifically, they describe human rights organizations as part of the “fifth column” led by the Muslim Brotherhood.  With unlicensed activities and unauthorized foreign funding, civil society organizations “infiltrate” national security by “gathering and analyzing information” that foreign powers will use against Egypt.  They weaken the nation by advocating international human rights standards, by “spreading rumors,” and by “injecting differences” into Egyptian society. The articles suggest that international democracy NGOs, with funds from Western countries, can topple regimes or bring about “bottom-up change to ensure the dominance of pro-Western cultures and powers in [Egypt’s] decision-making mechanisms.”

It would seem easy to dismiss such articles as far-fetched propaganda.  The discourse, however, and its propagation through official media channels should not be taken lightly.  On one level, the campaign is an obvious attempt to intimidate critics and to discourage civic mobilization outside of approved channels.  On another, it is a longstanding narrative of binaries that depicts “Egypt” as the opposite of dangerous “West/foreigners.”  It depicts Egyptian society as inherently unified and in conformity with the state/regime, but also as susceptible to corruption and division by the permeation of “external” ideas and values through unmediated links to the West (such as foreign funding and civil society contacts).  Interestingly, this overlaps with the Islamist discourse in many ways. This narrative resonates with many Egyptians.  It is especially powerful at a time of fear and uncertainty, when “the other” (domestic or foreign) is a natural locus for blame and anxiety.  And foreign funding of NGOs has long been seen as something suspicious (a view to which many donors, and some NGOs, have contributed by failing to explain clearly the purpose and achievements of their funding).

That the narrative is promoted by a regime with strong popular support only makes it more credible.  The discourse reflects persistent deep concerns among the security establishment that NGOs and foreign democracy funding are dangerous tools for social disruption, upheaval, and even revolution.  Thus, press reports referring to civil society groups as among the regime’s next targets after the crushing of the Brotherhood and to the onset of a new campaign to take action against foreign-funded organizations are probable signals.  Indeed, a similar press campaign preceded the 2010-2011 investigation and eventual prosecution of the democracy NGOs.

The fact is that civil society as a legitimate (and beneficial) zone of activity separate from the state is not yet a widely accepted concept in Egypt.  In recent months, human rights groups in particular have found themselves isolated even from their historic constituencies, as one human rights leader put it.  With little access to the mass media to explain the value of their work, focused on defending their narrow operating space, and exhausted by the last three years of tumult, those human rights groups choosing to defend freedoms for all Egyptians have found it hard to counter the negative images portrayed by the regime.  Yet in such an environment, mass popularity is not the best gauge of legitimacy, and how to define legitimate civil society work is at the heart of the struggle over the NGO law.

A fair NGO law is not an automatic solution to the many challenges facing civil society.  And to be sure, despite a repressive law, in recent years Egyptian civil society in all its diversity—not only its human rights groups, but also its development and charitable sector, its faith-based organizations, its civic movements—has managed to grow, attract new talent, and even thrive at times.  But a restrictive law keeps civil society as a major untapped asset and holds the country back in many other ways.  A modern law that regulates NGO work through fair and rational methods and that promotes greater funding transparency—needed steps that, as many other countries have shown, a democratic, open legal framework can achieve—will only strengthen Egypt.

Amy Hawthorne is a senior fellow and Mohamed Elgohari is an Egyptian academic and intern at the Hariri Center for the Middle East at the Atlantic Council.  They would like to thank Hafsa Halawa and several other Egyptian experts for sharing their insights and knowledge, although the analysis here is strictly that of the authors.