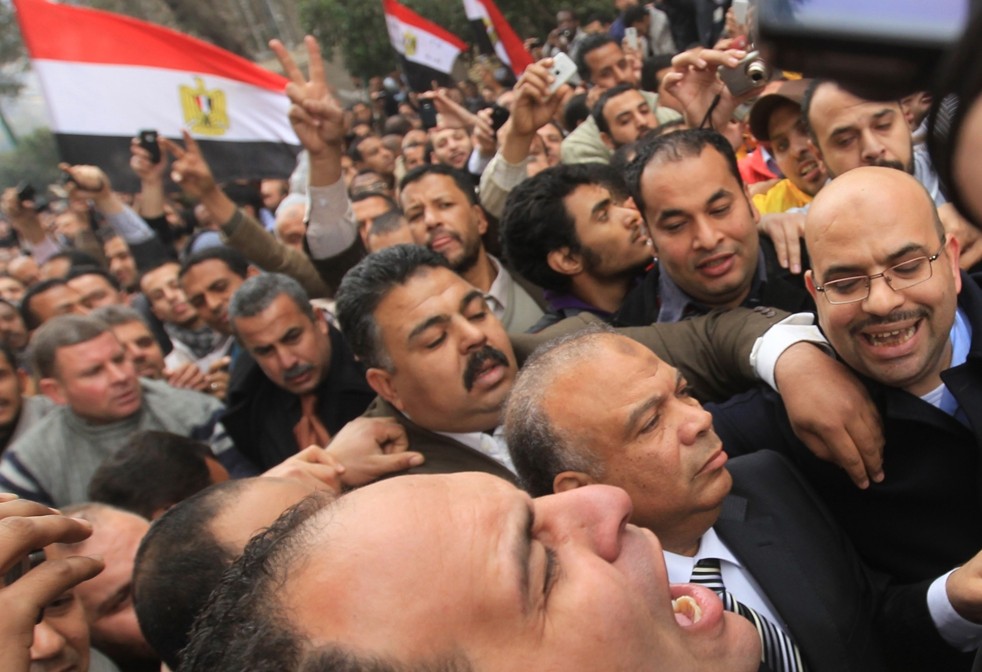 While Egypt’s presidential election is dominating the headlines, a less visible but equally significant power struggle is taking place over the trajectory of Egypt’s economy. A crisis between the parliament and the cabinet started on April 24 when Parliament rejected the economic plan proposed by Prime Minister Kamal Ganzouri at the end of February.

The reasons cited by parliament in its rejection of the plan included its failure to adequately deal with corruption and its lack of concrete remedies for Egypt’s pressing economic challenges. The majority of MPs criticized the plan as being insufficiently detailed.  Others went even further, saying that they expected a specific timeline for reforming the state administrative apparatus, for changing the wages structure and linking it to inflation, and imposing new taxes on the wealthiest Egyptians. These criticisms were somewhat unfair, given that the problems cited are cumulative byproducts of government policies over the last thirty years that cannot be solved overnight by an interim government.

Standards for the interim government’s economic plan had been set unreasonably high given the magnitude of Egypt’s current economic distress, but Parliament seized on the proposal as an opportunity to withdraw confidence from the Cabinet. Parliamentary Speaker and Brotherhood member Saad al-Katatany immediately called for the dissolution of the Cabinet under Article 133 of the 1971 constitution. The article requires the prime minister to present the government’s economic program within sixty days of its appointment, and if the plan is not approved by parliament, the Cabinet is obligated to resign. However, the legal basis of al-Katatny’s attack was questionable, since the SCAF’s March 30 Constitutional Declaration has now superseded the 1971 Constitution as the interim legal framework.

Some MP’s challenged al-Katatny’s initiative, saying he was using the economic plan to start a fight over the balance of power between parliament and the executive branch, in order to argue that the Muslim Brotherhood – as the parliamentary majority – should have the power to dismiss and appoint a new Cabinet. Mohamed Abou Hamed, an independent MP who resigned in February from the liberal Free Egyptians Party, said that Cabinet should not be dissolved before the election of a new president or the drafting of the new constitution. Hamed and other non-Islamist MPs have argued that the relationship between Parliament and the Cabinet cannot be redefined until a new constitutional framework is written.

When it became apparent that the SCAF would not dismiss the Cabinet, al-Katatny suspended parliamentary sessions for a week in protest. Under growing pressure, Prime Minister Ganzouri implemented a limited cabinet reshuffle, which was seen as a face-saving concession to Parliament after al-Katatny’s embarrassing confrontation with the interim government.

Although Parliament justified its rejection of the Cabinet’s on economic grounds, the decision will actually impair the interim government’s ability to get the economy back on track by undermining efforts to secure a $1.3 billion IMF credit facility. The IMF has insisted that no financing package to Egypt can be approved until the interim government puts forward an economic plan with broad political support. The Ministry of Finance was expecting to receive the first tranche of the loan at the beginning of May, but the setback will likely postpone the IMF agreement until after the presidential election on May 23-24.

The Egyptian government had previously turned down a similar stand-by credit facility from the IMF in June 2011, but has now been forced back to the negotiating table by a soaring budget deficit. Although the IMF package comes in the form ofa credit facility rather than a loan, it would boost the confidence of other potential lenders and investors.

The Islamist majority in parliament has been skeptical of international assistance. The FJP stated that the government needs to first rationalize public spending and exhaust all other alternatives before turning to the IMF.  The party also suggested postponing the issue of the loan until the arrival of a new administration that will oversee how the funds are spent.  Similarly, the Salafi Nour Party has argued for delaying the loan until Ganzouri’s cabinet is out of office, since it has proven ineffective in alleviating Egypt’s economic crisis thus far.

Delaying the IMF loan would be a dangerous mistake, as it will force the government to borrow domestically at a higher interest rate – one of the Brotherhood’s suggestions for covering the budget deficit without international assistance. The Central Bank of Egypt has now issued T-bills valued at LE 5.5 billion. Increased domestic borrowing by the government will have the negative consequence of crowding out credit to the private sector, deterring potential private investment in the economy.

The Brotherhood’s proposed strategy of borrowing domestically to cover the deficit is not sustainable. Total public debt represents almost 89 percent of GDP, far exceeding what is considered a safe limit (60 percent of GDP). Fiscal measures need to be implemented to cover the deficit rather than continue this dead-end borrowing strategy, or Egypt’s economy will become collateral damage in the power struggle between Parliament and the interim government.

Maye Ehab is an economist at the Egyptian Center for Economic Studies (ECES). She previously served as a visiting fellow for the United Nations Conference on Trade and Development.