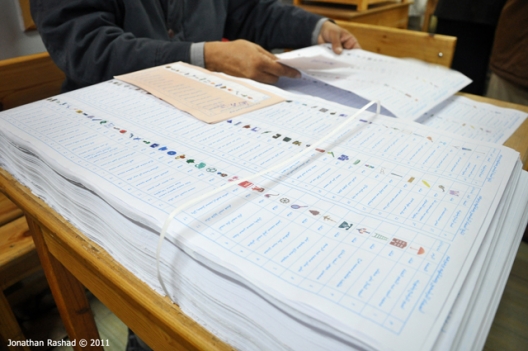 With Egypt’s parliamentary elections slated to begin on October 17, political parties are once again publicly cementing the coalitions in which they will participate as they gear up for the polls. The most prominent of these coalitions, For the Love of Egypt, has succeeded in attracting well established and new parties alike.

For the Love of Egypt

The For the Love of Egypt coalition is headed by Sameh Seif al-Yazal, a retired General Intelligence senior officer who claims to have close connections to the president. Many of the coalition’s candidates are also either known to be former NDP members, or openly opposed the January 25 Revolution. When it was first announced earlier this year, the coalition raised huge banners bearing Sisi’s image over key bridges in Cairo. While For the Love of Egypt denies it is backed by the president or the state’s security agencies, the manner in which all major political parties have flocked to its lists indicate that the newly created coalition may enjoy an unspoken blessing.

One of these parties is the Nation’s Future Party (NFP). Out of a luxurious villa in Heliopolis, the NFP is busy preparing its lists of candidates for the elections. The party is little known to many Egyptians, and its president, Mohamed Badran, is just 24. However, Badran is also the only young Egyptian man who stood next to President Abdel Fattah al-Sisi during the grandiose opening of the Suez Canal’s expansion on August 6, both riding the royal yacht, al-Mahrousa.

In late August, private daily al-Sabah, ran an opinion column criticizing Badran and describing him as the “President’s spoiled child.” According to al-Sabah editor-in-chief Wael Lotfy, the newspaper editors were told that an unidentified security agency prevented the printing of the copy, and ordered the removal of the article from the print edition and the website. In a recent television interview with BBC Arabic, Badran said he did not personally approve of, nor was he involved in the confiscation of al-Sabah, and rejected claims the NFP was the ‘president’s party.’ The party supports Sisi because he cares for the country, Badran explained in the interview. If Sisi did not, the party would not support him, he said.

With over 120 offices nationwide, according to NFP Secretary General, Ashraf Rashad, the party’s finances have been a point of interest. When asked how the party financed its candidates and its many offices, Badran said they enjoy the support of several key businessmen. Among them, he explained are Ahmed Abu Hashima, Mansour Amer, Kamel Abu Ali, and Kamel Abu Reda. These same businessmen are known for their support of candidates that belonged to the former ruling National Democratic Party (NDP), headed by ousted President Hosni Mubarak.

The NFP (or Mustaqbal Watan in Arabic), is running 200 candidates to compete over slightly less than half of the 448 parliamentary seats allocated to the individual system. In addition, the NFP has presented another thirteen candidates to run on four closed lists belonging to the coalition, For the Love of Egypt.

The Free Egyptians Party, backed by business tycoon, Naguib Sawiris, said this week it had presented eleven names to the For the Love of Egypt coalition. Sawiris had previously announced he was not interested in competing in the closed lists, and preferred to concentrate on the individual seats, naming over 200 candidates.

The same applied to the Wafd Party, the country’s oldest liberal party. Wafd President, Sayed Badawi, had originally announced that the party will form its own lists in coordination with other parties. However, it ended up having only nine of its candidates on the For the Love of Egypt lists. Badawi said the party accepted this difficult choice in “order to maintain the nation’s unity because we are all in the same boat.” Before taking this decision, Badawi reportedly complained that he was “tricked by security agencies” to accept dissolving his coalition in favor of For the Love of Egypt, in return for a reasonable share on its lists, but ended up with only a few candidates instead.

The National Movement Party (NMP), headed by Mubarak’s last prime minister and former presidential candidate, Ahmed Shafik, said it has also decided to join the For the Love of Egypt coalition. Together with three other parties that formed the National Front Coalition, Shafik’s party also planned to present its own lists to compete for the 120 seats. However, after intense negotiations with Seif al-Yazal, the NMP agreed to have seven candidates only among the lists prepared by the For Love of Egypt, leaving other partners in the coalition angry because they ended up empty handed with no candidates on the lists.

Nagi al-Shehaby, head of the small al-Geel Party that was part of the National Front Coalition, issued an angry statement, alleging that those in control of the For the Love of Egypt lists, Seif-Al-Yazal, former Information Minister Osama Heikal, and former Member of Parliament Mostafa Bakry, only favored candidates who had the financial ability to finance the campaign.

Yosri Azabawi, an expert on elections at Al-Ahram Center for Political and Strategic Studies, said that the influence of political money will be the biggest challenge in the upcoming elections. “Political parties in Egypt are weak, and the next elections will clearly prove this,” Azabawi said.  He also noted that the High Elections Commission (HEC) has little means to apply the laws on spending by candidates, “to the degree that we are now witnessing political money coming in from Arab Gulf countries, as well as influential businessmen that belong to the Mubarak era.” The political expert said that under Mubarak “we only knew about Ahmed Ezz and the strong influence he had through the money he paid to the NDP.” While Ezz now stands no chance at competing in the elections following a court ruling that cannot be appealed, Azabawi says, “Now, we have several Ezz replicas competing for the title of the president’s men.”