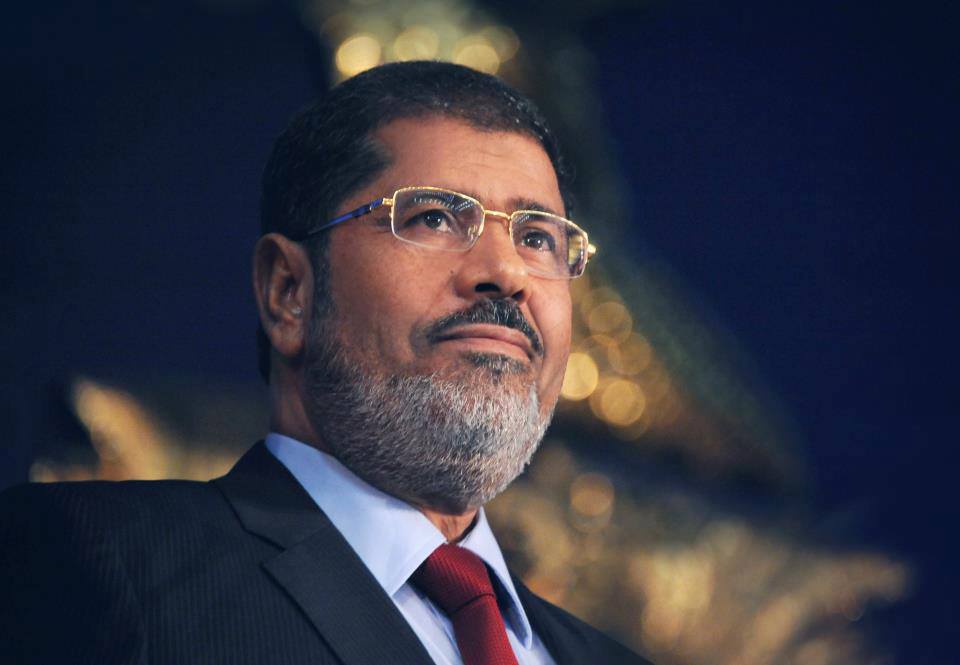 In a surprise move just a few hours after Egypt’s Supreme Constitutional Court (SCC) issued its ruling, on June 2, on the Shura Council and the Constituent Assembly tasked with drafting the constitution, the Egyptian presidency issued an official statement responding to the two rulings. Despite its brevity, this statement deserves analysis and comment.

The statement reads: “The constitution, which the people have approved by majority referendum, is the source of law that everyone is obliged to abide by, defend and protect, and it must be respected by all state authorities.” The statement also says, “The Shura Council will continue to carry out its full legislative role until state institutions are fully constituted and legislative power passes to the new House of Representatives.” Finally – and most significantly – the statement reads: “The President of the Republic is the arbiter between powers and carries out his constitutional and legal responsibility to ensure (or guarantee) that each power (branch of government) performs its functions in full accordance with the constitution.”

The first question worth asking is: “Why was this issued in the first place?” Raising this question is legitimate in the sense that the statement, especially its first part, adds nothing new, and no one paid it much attention.  Yet reading between the lines gives us insight into the size of the challenge that the ruling regime is laying down before the judicial branch, particularly the SCC. The statement repeated the premise that the constitution, approved by popular referendum, is the primary source of law. In this stark statement, the ruling regime is insisting that the constitution and its drafting process were legitimate. This served as a response to the SCC’s indication in its ruling that it was “not satisfied” with the new constitution and the way it was created, but that the court had applied the new constitution only out of respect for the “will of the people.”

The statement emphasized that the Shura Council would continue its legislative role, even though this is precisely what the SCC reiterated in its ruling (after it declared the Shura Council invalid). This sends a message to everyone, liberal politicians and the judicial branch alike, that the Shura Council will continue to enact legislation now under debate, despite this being highly controversial. The most important of these current bills are the Judicial Authority Act, the Suez Canal Region Development project, and the NGO law. However, this challenge laid down by the ruling regime and its insistence that the Shura Council enact legislation – despite the fact that the Council is invalid – represents a limited, short-term vision. This vision does not take into account the greater interests of the Egyptian state, such as a legitimate and sound legislative process, a coherent legal structure, and an interactive, inclusive political process.

Yet the most important aspect of the statement comes in the conclusion that the president is the “arbiter between powers” and that he “exercises his authority to ensure that each branch of the government is exercising its full power.”  This concept of the president being the arbiter between powers has an origin in the constitutional and political history of Egypt. The Egyptian constitution of 1923, the country’s first comprehensive constitutional document, and one that remained in force for close to three decades, stipulates that the king is the arbiter and upholds the separations between them. This constitutional provision was understood and accepted given that the king, by the constitution, reigns but does not rule, and that the actual governance of the country was in the hands of the prime minister, who represents and is responsible before the parliamentary majority. And when relations between the government and parliament were marred by major disagreements affecting the stability of the country and causing major delays, there appeared the need – as is found in all constitutional monarchies – for the king to intervene and break the deadlock between the government and parliament, either by accepting the government’s resignation or by calling for a popular referendum to dissolve parliament and hold new elections.

This “constitutional orientation” continued after the July Revolution in 1952 when Egypt turned from a monarchical system into a republic.  Since 1952, all Egyptian constitutions and constitutional declarations contain and insist on using this same constitutional provision. The problem with this provision is that it strongly contradicts the principles of the republican system, the first of which is that the political system contains three coequal branches that are independent of one another.  If any of the three branches should take precedence then it absolutely must be parliament, as it – not the presidency – reflects popular sovereignty. The adoption of this provision, allowing the presidency to arbitrate and uphold the separation between the powers elevates the president above the other branches of the government. It does so at a time when he also has absolute authority as head of the executive branch and is not responsible before parliament, as the Prime Minister is the one responsible.

The presidential statement’s final section was inspired by Article 132 of the new constitution, which states: “The President of the Republic is the head of state, head of the executive branch, protects the people’s interests… and upholds the separation between the branches.” This article is just one part of a malformed constitution that created a political system that is incoherent and full of contradictions.

If we read this constitutional provision in a historical context, and also according to the new constitution, then upholding the powers applies in the limited case where a dispute arises between the parliament and government by putting the dispute before the people in a referendum. This reading of the constitutional provision and its implementation limits it to resolving disputes between the executive branch (headed by the president himself) and the legislative branch.

The above serves to highlight how mistaken the presidency’s statement is. Additionally, the president’s statement uses the expression that the president is the “arbiter between the powers” while the correct phrase in the current constitution is “upholds the separation between the powers.” The difference between these two phrases is that the latter is not as pointed and does not suggest a large scope for presidential involvement; describing the president as “the arbiter” makes him the ultimate decision-maker with wide-ranging powers. The presidential statement took the constitutional provision completely out of context. The provision only applies in cases of disagreement between the government and parliament, yet the presidential statement, made as a comment on a judicial ruling, dislodges the constitutional provision from its proper context and misapplies it elsewhere. This point leads us to the third problem in the statement where the constitutional provision leaves no scope for applying it to the judicial branch and its rulings.  Indeed, judicial rulings must be enforced in what is a hallmark of a state respecting the rule of law. In other words, the judicial branch in democracies cannot be subject to “oversight” from the executive branch; rather the executive is subject to the judiciary’s rulings and must enforce them.

Finally, to what extent can the president be neutral as arbiter between the branches of the government while he is simultaneously head of one of those branches?  And how can the president “ensure” that “each branch” exercises its proper role? And if this isn’t unwarranted interference in the work of the legislative and judicial branches, what is it?