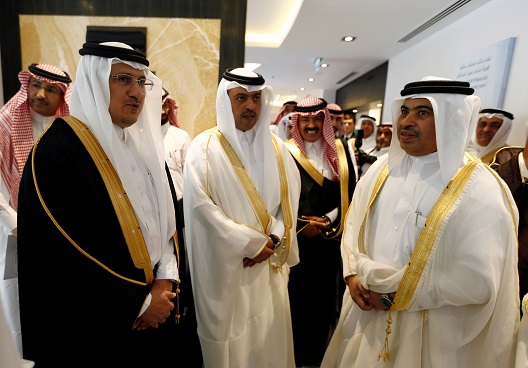 What US security agencies now consider a hack of Qatar’s news agency ostensibly sent the GCC into a diplomatic whirlwind. The fallout was swift, and reconciliation remains elusive. As Kuwait, the UN General Secretary, and others try to mediate between the two sides, it is worth asking what Saudi Arabia, as the central power behind GCC policy and the decision to cut ties with Qatar, is thinking. Qatar recently said that it is ready to consider Saudi concerns, but Saudi has long been apprehensive about Qatar, and sees it as being hostile. Any reconciliation needs to address these underlying issues.

Many international observers speculated that Riyadh and Abu Dhabi, empowered by stronger relations with the White House, sought to boycott Qatar after receiving a “green light” from the Trump administration. The reality is much more complex and is rooted in a tortuous historical context that renders the exact timing of the fallout relatively inconsequential. The break-down of relations is the product of two main dynamics that have been worsening in parallel over the past twenty years. The first is the troubled Qatari-Saudi bilateral relationship following the coup that Sheikh Hamad bin Khalifa al Thani (father of the current Emir) staged against his own father, Sheikh Khalifa bin Hamad. And the second is a fundamental clash, especially in the aftermath of the Arab uprisings, in foreign policy and counterterrorism approaches between Saudi Arabia and other GCC actors such as the UAE and Bahrain on one hand, and Qatar on the other.

In June of 1995, while the Emir of Qatar, Sheikh Khalifa bin Hamad was on a trip to Switzerland, his son, the former Emir, Sheikh Hamad bin Khalifa al-Thani staged a bloodless coup and seized power from his father, who himself had seized the throne after deposing his cousin in 1972. From Switzerland, the deposed Emir rejected his son’s power grab and called it the “abnormal behavior of an ignorant man.” The leaders of the Gulf Cooperation Council were largely in agreement with the deposed Emir. To them, all friends of the deposed father, the son’s brash behavior posed a threat to the status quo in the Gulf and set a dangerous precedent.

Shortly after the ascent of Hamad bin Khalifa, Qatar transformed from a strong ally of Saudi Arabia and a relatively inconspicuous member of the Gulf Cooperation Council, to an independent actor whom the Saudis saw as hostile to the Kingdom and other Gulf states. Qatari-sponsored Al Jazeera, the leading pan-Arab news channel, became a platform to openly discuss politically sensitive issues. Instead of staying on the straight and narrow, it hosted Saudi political dissidents, some of whom were quite controversial in Gulf, such as Saad al-Faqih, who is critical of the Saudi government and was added to the UN list of al-Qaeda affiliated individuals in 2004, but taken off on July 3, 2012 due to lack of evidence.

Further shaping the Saudi perception that Qatar is hostile to the Kingdom are recordings of alleged conversations between Qatar’s leadership and former Libyan strongman Muammar Gaddafi, during which the Emir and his Prime Minister discussed plans to undermine the Kingdom. Per the first recording, the Emir, Sheikh Hamad bin Khalifa, claimed that Qatar was the country causing the most trouble for Saudi Arabia, predicted the downfall of Kingdom within a dozen years, and boasted that Qatar had given a platform to Saudi dissidents such as a Sheikh in Medina through Al Jazeera, even though other outlets would not host him. In the second recording, Sheikh Hamad bin Jassim proposed co-opting Saudi military officers by providing healthcare in Europe and other benefits to them and their dependents. He also explained that Qatar felt the need to build ties with the United States and Israel to serve Arab interests in the region and alleviate pressure from the United States, which he believed stemmed from Saudi lobbying the United States against Qatar.

Although these videos are unverified, they carry a lot of weight in Saudi Arabia where they are making headlines. In a recent article in the Saudi-owned al-Hayat, Dr. Khaled al Dekhayel posited that Sheikh Hamad’s abdication of the Emirship to his son Tamim in 2013 was a direct result of Saudi Arabia and the GCC’s fury at the revelations in the Gaddafi recordings. The ascent of Sheikh Tamim was to be a compromise and a turning of page in Qatar’s relations with its neighbors. About one year into Sheikh Tamim’s reign, the Saudis felt that the change in Qatari posture was insufficient and that Hamad bin Khalifa and Hamad bin Jassim still had too much influence in Doha. This led to Saudi Arabia, the UAE, and Bahrain severing diplomatic relations with Qatar. The 2014 Riyadh deal in which the new Emir, Sheikh Tamim agreed to a set of conditions put forward by the GCC led to the restoration of ties. Last week’s diplomatic crisis is best described as a relapse.

What is more clear and public is the Kingdom’s, along with the UAE, Bahrain, and Egypt, disagreements with Qatar in terms of regional policy and counterterrorism strategy. Qatari policy in the region had long been centered on open engagement with all parties. This meant dealing with the Taliban, al-Qaeda-affiliated groups in Syria, the Houthis in Yemen, Hezbollah, Iran and its militias in the region, and a wide spectrum of other actors. Qatar felt that this was an unfulfilled regional role that was necessary for conflict resolution and mediation. The UAE and Saudi Arabia on the other hand, have refused to engage with these groups, although private donors from these countries are suspected of supporting extremist groups.

Saudi sees Qatar’s interactions with extremist groups as undermining its counterterrorism policy. For instance, Al Jazeera’s outreach to the al-Qaeda affiliated Nusra Front’s leader,  Abu Mohammed al-Julani. Al Jazeera hosted him on the show Bila Hudud with a shroud covering his head and questioned him about the role of Nusra in Syria. Qatar hoped that its outreach to Nusra would encourage it to split from al-Qaeda, perhaps even publicly on Al Jazeera, thus transforming it into a more moderate group capable of receiving international support against the Assad regime. However, showcasing the relationship with Nusra rang alarm bells in intelligence circles in the UAE and Saudi Arabia.

Further upsetting the Saudis is that Qatar was willing to take certain foreign policy steps that Saudi felt it should be kept in the loop on. For instance, Qatar tried to pay millions in ransom for the release of Qatari hunters from the royal family who were kidnapped in Iraq. The funds were to go to the Iraqi Kata’ib Hezbollah, who was holding the Qatari hunters, as well as Hay’at Tahrir al-Sham (the latest manifestation of the al-Qaeda affiliated Nusra Front) and the Islamist group Ahrar al-Sham for helping secure the hunters release. Saudi Arabia accuses Qatar of giving in to armed groups’ demands, thus providing them funds and giving more incentive to ransom hostages.

Every aspect of Qatar’s foreign policy is worrisome to the Saudis and Emiratis, from Qatar’s willingness to work with Islamist groups and non-state actors such as the Nusra Front, support for the Muslim Brotherhood, readiness to speak with Iran, Al Jazeera’s willingness to cover sensitive political issues and host figures critical of other Arab states, and what Saudi believes is an active campaign to undermine the Kingdom. Whereas Qatar sees these as ways of ensuring its influence and punching above its weight, its neighbors are fundamentally at odds not just with what Qatar is doing, but with how it is doing it.

It is only through this framework that one can correctly understand the Saudi position in this crisis. Saudi Arabia views every Qatari action in the region with skepticism. From the Saudi perspective, the aim of the boycott and the regional isolation imposed on Qatar is to force the Qatari government to capitulate once and for all to ensure that it no longer poses a threat to the Kingdom. The Saudi reaction to the hack of Qatar News Agency was entirely predictable. Irrespective of who was behind the hack, the reaction by the GCC states reflected longstanding and critical grievances. Projecting disunity in the Gulf only days after Saudi Arabia went to great lengths to showcase its influence and power by bringing an array of state leaders to Riyadh for a summit with the United States was seen as damaging by the Kingdom and its regional partners. But for the Kingdom, the gravity of Doha’s threat to Riyadh far outweighs the political cost of showing a rift in the Gulf.

Mohammed Alyahya is a non-resident fellow at the Rafik Hariri Center for the Middle East.

Correction: An earlier version of this article reported that Qatar did pay the ransom for the hunters who were held as hostages, however the Iraqi government claims that it is still holding the money and it was never delivered to the armed groups.