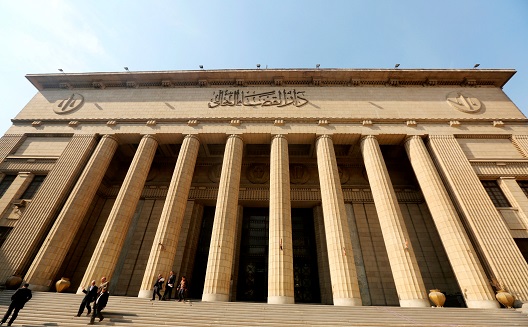 The presidential decree issued on October 10, 2017 re-declaring state of emergency for three months, raised widespread debate. This decree was the third of its kind in 2017. Egypt has a long history of exceptional laws (the emergency law being among the most prominent of them). Since the 1952 Officers Movement, Egypt has been governed for decades by many regulations and exceptional laws that are considered a violation of public law. Public law is all general legislations issued by parliament to regulate public affairs based on honoring the rights and freedoms of individual citizens. Public law is normally applied by the regular (non-military and non-exceptional) judiciary.

The Egyptian emergency law, No. 162/1958, has witnessed many amendments, the last of which was by law 12/2017. The emergency law regulates the procedures that are followed when declaring the state of emergency, and the powers the law grants to the executive authority and its security apparatuses. The most prominent of these powers are the following. First, the law grants broad powers to law enforcement officers, whether military or police, with regards to detaining suspects, arresting them, or imprisoning them for extended periods. Second, based on the emergency law, emergency state-security courts can be formed in every first instance court and court of appeal across Egypt. These courts are composed of judges, and the president can add military officers to them. Moreover, the verdicts of these courts cannot be appealed. The president has the right to appoint all the judges of the emergency state-security courts, whether civil or military judges. Third, according to the emergency law, the president of the Republic enjoys sweeping powers. The president (or whomever he authorizes) can refer any of the public law crimes to the state security courts, including criminalized offences in regular laws such as the criminal law and other laws that include criminal punishments (the Protest Law and Terrorism Law are examples). Additionally, the president ratifies the verdicts of the emergency state-security courts. This latter authority gives him the authority to approve or terminate a verdict, reduce a penalty, or transfer a trial to another court. Finally, the president can censor any kind of message and all types of publications, newspapers, images and all forms of expression, and announcements before they are published. He also has the right to restrain the press, confiscate its materials, and close its outlets.

It is worth mentioning that one of the most important presidential authorities stipulated in the emergency law was repealed by a Supreme Constitutional Court (SCC) ruling in June 2013. Previously, according to Article Three of the emergency law, whenever a state of emergency is declared, the president has the right to issue a verbal or written detaining order or search warrant without being restricted by any of the criminal law procedures and guarantees. This powerful authority has been the legal base upon which the governing regimes, for decades, arrested thousands of citizens. The tradition was for the president to authorize the Minister of Interior to issue these detaining orders. On June 2, 2013, the SCC, in case No. 17, issued its verdict that this article of the emergency law is unconstitutional. It must be mentioned in this regard that this constitutional case was launched in April 1993, meaning the SCC took more than twenty years to decide on the case. This decision means that all detaining orders, searches, and arrests that were conducted throughout two decades were based on unconstitutional text.

On August 14, 2013, with the dispersing of the Rabaa sit-in, a state of emergency was declared for the first time since the January 25th revolution. This state of emergency ended after ninety days. However, the rate of issuing exceptional laws has been increasing since then, especially after the presidential election in June 2014, which resulted in president Abdel Fattah el-Sisi assuming office. October 2014 witnessed the issuing of two significant resolutions by the president. The first was the declaration of a state of emergency across vast territories of north Sinai in the aftermath of a terrorist attack that took the lives of thirty-three Egyptian police and military personnel. That state of emergency was in force until April 2017, at which point a state of emergency was declared all over the country, including north Sinai. The second resolution was Law No. 136, which was issued on October 28, 2014. It put crimes committed against civilian establishments and facilities under the authority of the military judiciary. This is an expansion of jurisdiction of the military courts that was not stipulated in the constitution in Article 204, which specifies that only attacks against military establishments are under the military courts jurisdiction.

Law No. 136 (2014) was to be enforced for two years, until October 2016. Nevertheless, the Egyptian Parliament issued law No. 65 in 2016 to extend the law’s operation for five more years, until 2021. This extension raised extensive criticism for reasons including its violation of the constitution and because it allows civilians to be tried before the military judiciary for nonmilitary crimes. Law No. 136/2014 has been implemented in various occasions which resulted in referring civilians to military courts. This parallels the issuance of many other “exceptional” laws such as: The Anti-terrorism Law (No. 94/2015), and the Terrorist Entities and Lists Law (No. 8/2015).

Based on the October 2017 decree instating a “new” state of emergency, (which was extended for three more months in January 2018) the Egyptian prime minister, as per the powers delegated to him by the president, issued a decree listing the specific crimes that will be prosecuted by emergency state-security courts, as long as emergency rule is in place. The prime minister’s decree included: The Protest Law (No. 107/2013), Assembly Law (No. 10/1914), Anti-terrorism Law (No. 94/2015), Law Criminalizing Attacks on Freedom of Work and Devastating Establishments (No. 34/2011, commonly called the Strike Law), Weapons and Ammunition Law (No. 394/1954), and Freedom of Worship Law (No. 113/2008). It also includes crimes related to terrorism, violations of state security, intimidation, hooliganism, blocking transportation, crimes stipulated in the penal code, and crimes violating pricing and supply laws.

A result of implementing this set of exceptional laws is having three kinds of working courts in the country; First are the ordinary courts, which represent the body of judicial authority, and whose task is to implement common laws. However, much of the authority of these courts has been withdrawn in favor of the other two types of courts. The second type is military courts that can try civilians who are accused of committing crimes against civilian establishments according to Law No. 136/2014. Lastly, the emergency state-security courts exist under the state of emergency. These are the courts that can try perpetrators for many crimes, as mentioned above in relation to the prime minister’s October decision.

Since mid-2013, Egypt faced large-scale waves of violence and terrorism. Terrorist attacks have left thousands killed and injured, leading to the public feeling insecure and losing faith in the government’s and its security agencies’ ability to maintain security. It is understandable that the government and its supporters consider this set of exceptional laws and judicial rulings based on the latter justifiable and acceptable. However, experience proves that clinging to exceptional laws has never been a true solution to treating terrorism. Throughout the past four years, the rate of terrorism attacks have not decreased despite these exceptional laws and the very broad powers that they grant to the government and its security apparatuses. On the contrary, it can be said that the rate of these terrorist attacks has increased qualitatively and quantitatively. In this regard, it is enough to mention the tragic massacre of al-Rawda Mosque in northern Sinai on November 24, 2017. More than three hundred civilians were killed in a calamity that is considered the worst of its kind.

Continuing to enforce the exceptional laws for several months, and years, is evidence of the government’s continued failure in achieving public security and deterring outlaws. Additionally, there is an inverse relationship between imposing these exceptional laws, and securing public rights and freedoms, especially for the political opposition. The Egyptian scene indicates that under these exceptional laws and military and special tribunals, all doors are closed before any opposition and political activism. This is, indeed, a primary factor for the increasing rates of violence and extremism.

Yussef Auf is an Egyptian judge, a non-resident fellow at the Atlantic Council’s Rafik Hariri Center, and a Middle East and North Africa Research Fellow at the Max Planck Foundation for International Peace and Rule of Law in Germany.