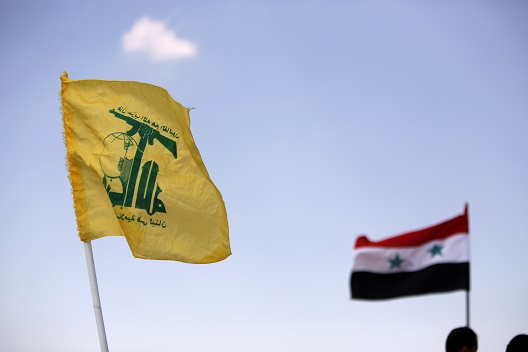 Much has been said in the last week of a possible Israeli-Russian arrangement in Syria aimed at curbing Iranian presence in strategic areas like the country’s southern border with Israel. Contradictory reports of troop movements in Qusayr by Tehran’s proxy, Hezbollah, do not change geopolitical realities: the militant group is there to primarily protect Iranian security interests, which remain focused on a long- term presence across the borders, even if this translates into possible dissensions with its tactical ally Russia.

Meetings between Russia and Israel intensified in recent weeks, with Israel demanding the withdrawal of pro-Iranian forces from southern Syria. Haaretz reported that on June 6 a delegation of senior Russian defense and intelligence officials visited Israel. The Israeli newspaper also underlined the visit of Defense Minister, Avigdor Lieberman, last week to Russia. Lieberman met with his counterpart, Sergey Shoygu, and discussed the possibility that Israel would accept the regime’s return to the region and the withdrawal of pro-Iranian militias some 44 miles to the east of the Damascus-Sweida road.

For Russian expert Max Suchkov, who spoke to the author, it’s unlikely that Moscow is currently mediating without the knowledge of Iran. “We hear in Moscow that Iran has agreed to move some of its forces outside certain areas in Syria,” he pointed out.

Yet, the Arab daily newspaper, Sharq al-Awsat, reported on June 5 that a major disagreement erupted between Russian forces and the Iranian-backed group along the border that had forced Hezbollah out of several positions. The report was quickly denied by Syrian pro-regime website, Al-Masdar, news which quoted a Syrian military source, saying that rumors of friction between Hezbollah and the Russian forces in the Qalamoun Mountains had been “hyperbolized.” Sources in Beirut close to Hezbollah commanders deployed in Syria, denied any retreat from Syria; adding that the organization and Iran had invested too much in Syria to consider withdrawing.

Regardless of Israeli and Russian calculations, Iran has vested long-term interests in Syria. Chief among its concerns is insuring the maintenance of a friendly and loyal regime at the behest of Syrian President Bashar Assad. Another is establishing and maintaining military bases that give it access to the Mediterranean and proximity to NATO and US bases located across the border in Turkey.

Nawar Shaaban, a Syria expert working for the Turkey-based Omran Dirasat, estimates that Iran and its proxies currently maintain in Syria about nine bases and Hezbollah some eleven observation points. A third security concern for Iran, and consequently Hezbollah, is maintaining a connected security arc of pro-Iran militant groups stretching from the Iranian border to Lebanon; including Syria and Iraq. A fourth is projecting regional influence by having direct access to the Israeli-Arab conflict via Lebanese and Syrian borders with Israel.

Iran and Hezbollah also believe that the Syrian conflict has depleted the Syrian army’s combat power, which for them justifies the deployment of over 34,000 foreign fighters in Syria, according to a previous interview with Lebanese expert Samir Hassan. These forces include Afghani Fatemeyoun, the Pakistani Zainabiyoun, and the Iraqi Haydareyoun alongside Hezbollah’s troops; whose numbers vary.

Other Iranian ventures include the National Defense Forces (NDF). The NDF was established under Iranian auspices in 2012 as a counter-insurgency force through the rebranding, restructuring, and merging of the country’s local Popular Committees and other pro-Assad armed groups. Besides the NDF, there are a distinct set of Iranian militias specific to the Aleppo region, known as the Local Defence Forces (LDF). These forces are said to consist of a variety of local militias, such as Katibat al-Nayrab al-Maham al-Khasa, Liwa al-Baqir, Fawj al-Safira, and Fawj Nubl wa al-Zahara, that have subsequently been integrated into the Syrian army apparatus.

For all the above reasons, it is unlikely that Iran or Hezbollah withdrawals or redeployments in Syria are, for now, anything but cosmetic. The source close to Hezbollah added that any reported troop movements were purely “tactical” in nature and curtailed to non-essential positions. The source also added that Hezbollah may heed Moscow’s demands in appearance only, and could always infiltrate Syrian troops redeploying in south Syria by having members dressed as Syrian soldiers embedded with regular troops.

Moscow appears aware that Iranian presence in south Syria cannot be verified and could take a more covert nature, according to Suchkov, given increasing international attention. “Russia is pursuing for now short-term goals that aim at mediating the conflict between Israel and Iran, but ultimately is not willing take a bullet for Tehran,” he points out.

For now, Iran’s Israeli conundrum in Syria may take the shape of a waiting game. Tehran and its troops will attempt to operate in a more subversive manner to subdue Moscow’s apprehensions of an escalation of the regional conflict; that could hinder its interest there. Undoubtedly, Iran and Hezbollah remain focused on defending their own regional priorities; which include hegemony over Syria.