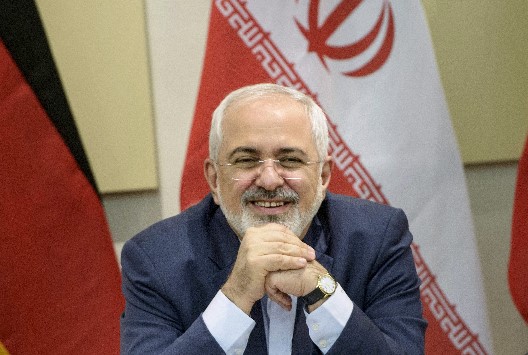 Iranian Foreign Minister Javad Zarif smiles as he waits for the start of a meeting with P5+1, European Union and Iranian officials at the Beau Rivage Palace Hotel in Lausanne March 30, 2015, during Iran nuclear talks. (Reuters)

The public debate over the US-Iran nuclear deal’s merits has largely focused on its technical details, protocols, and simplistic generalizations about Iranian goodwill (or lack thereof). But equally important are the geopolitical and strategic environments in which a deal is reached and US conduct in negotiations. By these criteria alone, whatever the details of the deal, it is not a good one. A real evolution in US policy on other issues, especially Syria, could mitigate the harmful fallout from the agreement and perhaps tilt the balance toward making it a good deal.

The deal’s US proponents insist that the alternative is war between the United States and Iran. They argue that sanctions have not stopped Iran’s progress toward a nuclear weapons threshold and that in the absence of an agreement the United States would eventually have to decide between living with a nuclear Iran and attacking it. While the argument may exaggerate the urgency and proximity of the dilemma—or indeed Iran’s appetite for becoming a nuclear power—it has some merit. Having decided that a nuclear-threshold Iran is unacceptable, the United States cannot allow one to emerge, even if that implies war. Yet it is unfair to paint all critics of the deal as warmongers. Given the current regional context and general US deference in the Middle East, the United States may be enabling Iran’s destructive behavior, deepening allies’ anxieties and insecurity, and raising rather than reducing the likelihood of a regional war.

Iran’s regional hegemony is at an historic high in the modern Middle East. In addition, Iran’s destructive behavior is also at a peak: from its unconditional military support for and participation in the daily atrocities of the Syrian proto-regime, to its proxy (and now direct) military expansion in Iraq, to its dominance of Lebanon through Hezbollah, and its recent challenge to Saudi Arabia on the Arabian Peninsula. These countries are at the heart of the Arab world, and hold profound strategic importance to the United States. Iranian hegemony has been anything but benign and has been built on a foundation of proxy militia and terrorist groups—including Shia jihadists that share Iran’s state ideology and the ostensibly secular militia that is the Syrian regime. These strategies emerge from deeply held ideological beliefs for which the Iranian regime is not apologetic.

Leaving aside military action or support to local actors fighting Iran’s proxies, through linkage the United States could have at least tried to condition progress in nuclear talks on changes in Iran’s unconditional support for Assad in Syria, for example. At a minimum, the United States could have decoupled these two issues, negotiating energetically for a nuclear deal while simultaneously doing more to undermine Iran’s agenda in Syria. Instead, the Obama administration has gone out of its way to reassure Iran’s Supreme Leader in a personal letter from the president that it had no intention of weakening Assad in Syria for fear of derailing nuclear negotiations. This is indeed linkage, but the wrong way around.

The deal’s proponents argue that a nuclear deal may lead to an Iran that plays a more constructive regional role. In the abstract, Iran’s newfound economic and diplomatic successes could induce a less aggressive stance, but it is difficult to see why or how that would happen under the current regime. The supposed moderates in the Iranian government appear to hold the same beliefs fueling Iran’s harmful regional behavior and the same views of its core strategic interests. Either these moderates are just as radical as pillars of the regime such as the Supreme Leader, the Iran Revolution Guards Corps, and the political-security branches, or they are too weak to challenge the real powers in Iran. There is every reason to believe that all these Iran will be emboldened by this nuclear deal, the ensuing financial benefits from lifting sanctions, and the fervent enthusiasm and anxiety with which the United States pursued this agreement. Rather than acknowledge this, the Obama administration has projected a combination of fear of upsetting Iran and unfounded optimism toward its future conduct.

Given the progress already made in negotiations, it is too late to introduce linkage to constrain Iranian regional behavior. But it is not too late to end US deference to Iran on other issues of importance in pursuit of salvaging the negotiation process. The most atrocious issue is the continuing disaster in Syria and Iran’s critical role in sustaining it. Simply put, Iran will not abandon a nuclear agreement simply because the United States adopts a more energetic posture on Syria, such as a meaningful, scaled and sped-up version of the train-and-equip program for the moderate opposition—one whose trainees must be allowed to confront the Syrian regime, regardless of whether this upsets Iran.

A vigorous US stand on Syria would have multiple benefits. It would restore balance to a regional order increasingly dominated by Iran and its proxies; reassure US allies and the Obama administration’s domestic critics that a nuclear deal will not come at the expense of other critical US commitments; and communicate to Iran that the United States has the resolve to enforce a nuclear agreement. As long as US regional policy is held hostage by nuclear diplomacy, an agreement will do more harm than good.