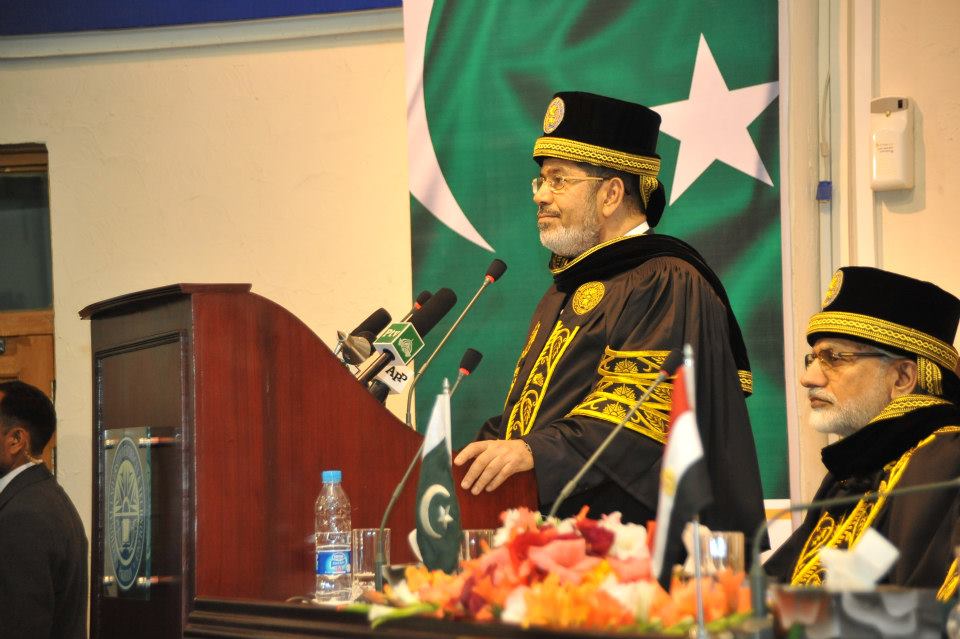 "I am hoping BRICS would one day become E-BRICS where E stands for Egypt." – Mohamed Morsi

Egypt: Too Big to Fail? (The Foundry)

“First, the political system has been at a standstill. Egypt has lacked an effective government since 2012, when the Supreme Court dissolved the parliament. Elections scheduled for April 2013 have again been delayed by the courts. Without a government, international lenders like the International Monetary Fund, which is offering $4.8 billion in financial support, have found it impossible to reach an agreement.

Second, Egypt’s economy has been poorly mismanaged from the beginning, particularly so under President Mohamed Morsi. Subsidies on energy drain huge sums from the state budget and reserve accounts. While ostensibly for the poor, these payments mostly benefit rich, car-owning city dwellers. Central bankers should also have moved the currency to a float sooner. By letting the pound depreciate, they could have preserved the hard currency they now find lacking.”

The remedy, according to Olson is a return to the principles of economic freedom:

“Thanks to poor rule of law and closed markets, Egypt ranks below average for the region and the world in The Heritage Foundation’s 2013 Index of Economic Freedom. Morsi claims he wants to transform the BRICs (Brazil, Russia, India, and China) into the E-BRICs, with Egypt at the head. If he can turn back to the principles of economic freedom, he could do just that.”

“Despite a general sense that things might still change for the worse, especially given Egypt’s instability and its strongly anti-Israel political culture, Israeli military officials have nothing but praise for Egyptian-Israeli security cooperation, which they say is better today than it was under Mubarak. According to Israeli analyst, Avi Issacharoff, “Whatever uncertainty Israelis may have had at the start of the transition, they now know they have a partner on the Egyptian side.” That claim was backed up by Morsi’s pivotal role in securing a Gaza ceasefire last November."

He explains the likely cause behind the lack of change in policy:

“There are several explanations for the continuity in Egypt-Israel relations, including the fact that Morsi’s civilian government is not a sole actor when it comes to Egyptian policy toward Israel/Palestine. Even after Morsi’s house-cleaning of the military’s top brass and their formal sidelining from politics last summer, the military establishment, specifically the intelligence, continues to play a central if not decisive role in matters of foreign and national security policy.

Lack of bandwidth is another factor. Egyptians are simply too consumed with their own domestic problems—including recurring political crises, increasingly violent street protests and an economy teetering dangerously close to collapse—to pursue an ambitious foreign policy agenda, particularly one that runs afoul of Washington and other Western capitals whose backing remains crucial to Egypt’s economic recovery.”

Photo of the Week