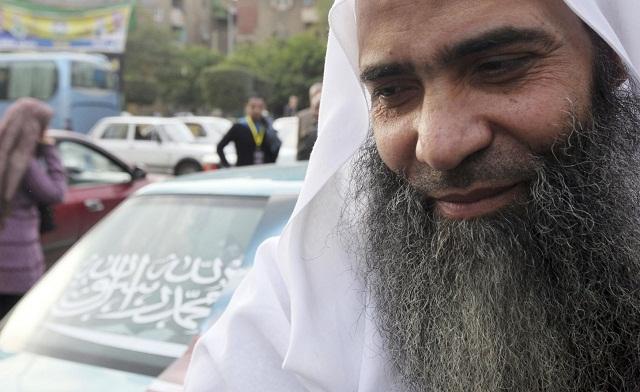 Those following Egypt’s transition may have stumbled upon one of the more peculiar debates that have emerged among the foot soldiers of the Ministry of Interior: the beard issue. This past week, tensions between policemen and senior ministry officials flared over whether or not police officers could grow their beards. The ban on beards among members of the security forces has been a tradition since the days of Gamal Abdel Nasser to limit any semblance of Islamist influence within the ranks of the police or the army. As evidenced by the events of the past year and the recent elections, times do indeed change.

Ironically, some Islamist leaders have backed the continued ban on facial hair. Arguments range from the potential use of the implicit label by the Interior Ministry to turn public opinion against Islamists to the timing of the issue given the sensitive nature of the transition. But not all Islamists maintain the same position. Salafi spokesman for the Nour Party, Nader Bakkar, defended the policemen’s right to beard growth. Religious scholars at al-Azhar have also joined the fray. Sheikh Abdel Hamid al-Atrash, former head of al-Azhar’s Religious Edicts Committee, noted that the matter was a subject of academic debate, but that the Interior Ministry should probably prioritize public safety. The police, however, determined to maintain their right to religious expression, have not remained silent.

Using the very same tools that helped revolutionaries in Tahrir topple Mubarak, members of the security services have created their own Facebook page titled “I Am a Bearded Police Officer.” Materializing in the wake of the suspension of a bearded police officer to protest the ban, demonstrations by Egyptian police officers and their supporters have already taken place in solidarity with other officers reprimanded or suspended by senior officials to protest the policy. Captain Hani al-Shakeri, spokesman for the movement, is quoted using the same terminology so often heard in Tahrir saying, “At last I get to regain my humanity which I had lost during the oppressive regime.”

The entire episode would seem almost satirical if it weren’t for the far uglier parallel of the various protests throughout the past year where police officers beat, abused, and killed demonstrators who fought for the very freedom of expression over which they now deem worthy of losing their jobs. The righteous indignation of these officers would be easier to stomach if the protests focused more on the lack of training or capacity to actually secure the streets of Egypt and regain any degree of legitimacy among the Egyptian public. But perhaps I’m just splitting hairs when an even more worrisome underlying pattern seems to be emerging.

Al-Masry Al-Youm published an article earlier this month describing one tactic that the Freedom and Justice Party (FJP) might use to fill the security vacuum in Egypt. In a closed session of parliament with Interior Minister Mohamed Ibrahim after the violent Port Said soccer riot, undisclosed security sources claim that FJP members asked the minister to establish a 10% quota to members of Muslim Brotherhood at the Police Academy and allocate three thousand police officer positions to the group. Both Brotherhood representatives and the ministry’s media office deny any such deal, according to the report.

Although this report could simply be a tactic by the Interior Ministry to discredit the Islamists in parliament charged with reforming the security sector, if confirmed Egypt could face a new crisis. The danger of a factionalized police forced cannot be understated. The country has certainly seen a trend towards Islam and conservatism over the past decade, but to introduce a religious party specific element into the police threatens the hope of reforming the security services to serve and protect the people of Egypt rather than narrow political interests.

In this light, one may understand the strict enforcement of policies against bearded policemen. While any human rights activist would support freedom of religion, expression, and opinion, government establishments have often used such rules to reinforce professionalism and objectivity to maintain legitimacy – a quality that security services in Egypt have lacked for quite a while. The outward appearance of an officer would not only induce self-segregation that threatens cohesion within the police force, but also signals uneven enforcement of the law to the public – particularly in civil matters.