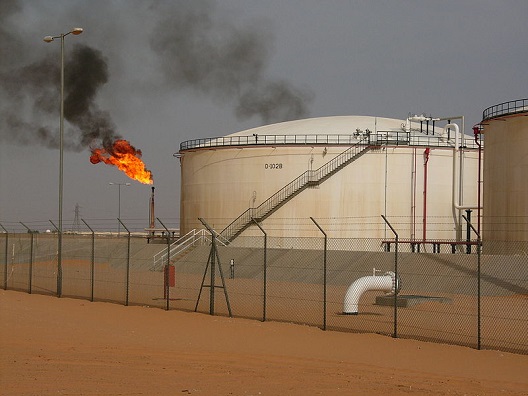 Debate over Libya currently focuses on whether elections should be held in advance of a political agreement or to move forward in the absence of one. This debate is irrelevant. There are no governments or political leaders in Libya with the authority to conclude a political agreement that militias will recognize, nor are those same militias going to respect the results of an election in 2018 any more than they did in 2012 or 2014. Militias are the only groups with any authority in the country, and any solution will have to be negotiated with them. Militias’ main concern is money; therefore, any solution to their fighting over resources—primarily oil revenue and criminal rackets—must be primarily economic.

Past efforts (to the extent there have been any) to focus on the economic aspects of the power struggle in Libya have floundered because of the centralized nature of the pre-2011 Libyan state and the ongoing centralization of oil revenue distribution. All factions are incentivized to either seize control of Tripoli or some critical infrastructure like oil or water pipelines that give them direct leverage over Tripoli. In the east, this usually takes the form of control of the oil crescent or other oil infrastructure. As long as physical control of Tripoli or critical infrastructure remains a proxy for influence over distribution of oil revenue, any agreement between militias is unlikely. No militia will ever trust another to stick to any agreement it makes about distribution of oil revenue, absent direct leverage to enforce such an agreement. Conversely, if an agreement can be reached, oil production, pipelines, storage, and export terminals tie the country together in that every city and region needs the rest of the country to function to reap the full rewards of the oil.

As I wrote in 2013, authority in Libya has moved from the center to the periphery, but oil revenue has not followed. Oil revenue continues to flow in a centralized fashion from the National Oil Company (NOC) to the Central Bank of Libya (CBL), notwithstanding the recent effort to establish a rival revenue center in the east. In fact, militias exert control locally with essentially no input from Tripoli. Until oil revenue in Libya catches up with this reality, there can be no solution.

Instead of focusing on personalities and nominal differences between the various political “leaders” and militias, mediation efforts should focus on the key issue of oil revenue distribution. Revenue should be sent from the NOC to the CBL as it is now, but this movement of funds should be supervised by international overseers either from an international organization like the United Nations (UN) or World Bank or by a financial institution hired by the CBL. The revenue generated by the NOC and the deposits to the CBL should be published on a public website. Once at the CBL, 80 percent of the money should be distributed by this international supervisor to municipal governments on a per capita basis, with the remainder going to a national government. To minimize fighting over specific amounts, the municipal population should be defined in wide bands pending a census in five or ten years.

This solution accomplishes two things. Militias will no longer have the John Dillinger incentive of seeking to control Tripoli “because that’s where the money is.” Also, it will not suddenly deprive most militias of their revenue, because most if not all municipalities are controlled by militias. So the revenue still comes to them, but they don’t have to fight other cities for it. Of course, some towns will remain in internecine conflict as multiple militias vie for control, but these will be local rather than national battles. Lacher and al-Idrissi demonstrate in their recent report that four militias currently dominate Tripoli. Even these militias may be amenable to a negotiated solution, as the threat of internal rivalry among them and attack from without jeopardizes their privileged position. Eastern leader General Khalifa Haftar manifestly cannot extend his influence west, and any effort by him to split the country in two is doomed to fail. The much larger western population will simply never tolerate the east, with its preponderance of the oil, declaring independence.

Despite the logic of distributing oil revenue directly to municipalities, Libyan militias have shown no ability to negotiate. For this or any plan to be successful, it is advisable to convince the meddling foreign powers first. Egypt, the United Arab Emirates, France, Italy, Turkey, and Qatar all feel threatened by the emergence of a government inimical to their interests. Given the fact that no one faction can control Libya, perhaps these nations who are currently supporting rival militias can be convinced to allow power to devolve to municipalities. None of them will get the strong ally they want, but none will have to accept a strong adversary either. Of course, the United States will have to endorse this approach as well. Given the hands-off policy of the current US administration, it should be expected that the United States would back the deal once other foreign powers agree to it, rather than aggressively pressuring them into it.

At present, all outside powers appear focused either on elections or a political settlement. Supporters of Haftar, in particular, may imagine that if he wins an election, Western governments will support him without question even to the point of treating his Libyan rivals as “insurgents.” While clever, this seems unlikely. Similarly, proponents of ongoing political dialogue seem doomed to ongoing dialogue, forever. It will probably be another year before both groups acknowledge their efforts are failing and look for a new approach. The chosen approach should be to align the oil revenue with the actual power in Libya for the first time since the revolution.

Nate Mason is a former Commercial Attaché for the US Embassy in Libya and founder of Mason Trade Strategy LLC and Executive Director, C&O Resources’ Strategic Advisory Solutions International. Follow him at @yellowtavern1.