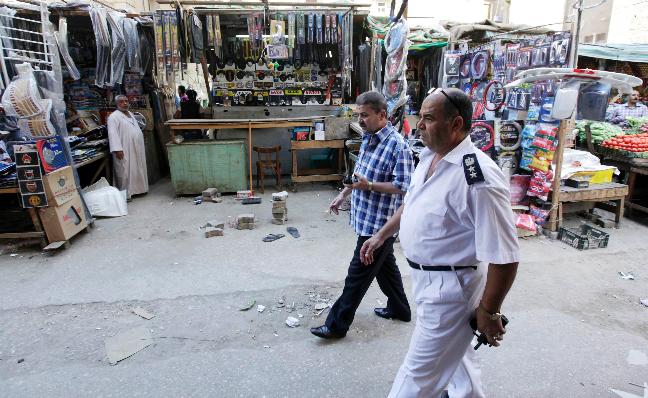 The Muslim Brotherhood’s Guidance Bureau drafted initial action plans on Wednesday for the newly appointed governors of Kafr al-Sheikh, Cairo, Assiut and Minya, who are all affiliated with the Brotherhood.

[Egypt Independent, Ahram Online, 9/6/2012] Judge Hesham Ahmed Genena was appointed to a four-year term as head of the Central Auditing Authority by President Mohamed Morsy on Thursday, granting him the rank of minister. The post has been vacant since Gawdat al-Malt resigned in March 2011. Genena is a founding member of the 2006 independent judiciary movement, which demanded former President Hosni Mubarak grant judicial authorities full independence. He previously served as head of the Cairo Court of Appeals.

FJP head: Brotherhood does not interfere in president’s affairs

[Egypt Independent, EGYNews (Arabic), 9/7/2012] Essam al-Erian, acting head of the Muslim Brotherhood’s Freedom and Justice Party and member of the president’s advisory body, said on Friday that the Brotherhood does not interfere in President Mohamed Morsy’s affairs, especially as the president consults with a wide range of advisers before taking decisions. Protesters objecting to Muslim Brotherhood domination of state institutions took to the streets in August and demanded that the group be dissolved, claiming that it controlled the president’s decisions.

[Egypt Independent, 9/6/2012] The Muslim Brotherhood’s Guidance Bureau drafted initial action plans on Wednesday for the newly appointed governors of Kafr al-Sheikh, Cairo, Assiut and Minya, who are all affiliated with the Brotherhood. The plan aims to ensure that the governors receive full support from their constituencies in order to implement President Mohamed Morsy’s Renaissance Project.

[Reuters, 9/6/2012] Egypt’s central bank kept its benchmark overnight deposit and lending rates unchanged on Thursday, as expected, saying it was still concerned that inflation might speed up and economic growth slow down. The bank’s Monetary Policy Committee (MPC) left its key lending rate at 10.25 percent and the deposit rate at 9.25 percent after its regular meeting, it said on its website. All 10 economists in a Reuters survey had forecast the committee would hold the overnight rates unchanged.

[Egypt Independent, 9/6/2012] Leftist leaders have spoken out against a US$4.8 billion loan from the International Monetary Fund in past weeks. But with negotiations already underway between President Mohamed Morsy’s government and the IMF, their rhetoric is largely falling on deaf ears. Without any representation in Morsy’s new team of advisers or the Cabinet, and with a dissolved Parliament, leftist leaders have no political inroads. In addition, they have released few plausible or detailed alternatives to the loan besides raising taxes, and have failed to spark any substantial popular resistance to its potential economic effects.

[Reuters, Ahram Online, ONA (Arabic), EGYNews (Arabic), 9/7/2012] State-owned EgyptAir suspended international flights for 12 hours from Cairo on Friday because of a strike by cabin crew of the national airline over pay and conditions. A spokesman for the cabin crew, Tamer al-Sioufi, said the strike was called for Friday after he said the airline had failed to respond to long-standing demands. An airline official said EgyptAir was negotiating with the striking crew. After an apparent stalemate, a presidential legal team intervened. A resolution appeared imminent after the team heard the protesters demands and promised to look into implementing their recommendations, but internal disagreements about returning to work

[Ahram Online, Al Ahram (Arabic), 9/6/2012] After a spate of verbal attacks on cinemas and actors in recent weeks, Egyptian President Mohamed Morsi met with a group of prominent artists and intellectuals in the Presidential Palace on Thursday to discuss the future of art and creativity in Egypt. Media Minister Salah Abdel-Maksoud attended the meeting, along with artists including actors Adel Imam, Mohamed Sobhy, Madiha Yousry, Ashraf Abdel-Ghafour and Karim Abdel-Aziz;  musicians Mohamed Mounir and Iman El-Bahr Darwish; and poet/writer Farouk Gadida. A number of the artists invited, however, refused to attend the event.

Brotherhood leader assures US delegation of respect for Coptic rights

[Egypt Independent, 9/6/2012] A delegation from the US Embassy in Cairo met with a senior Muslim Brotherhood member Wednesday to be briefed on the Islamist organization’s religious discourse, as well as its views on minority rights. The meeting between Abdel Rahman al-Barr, member of the Brotherhood’s Guidance Bureau and mufti of the group, and the delegation “discussed the rights of Copts in Egypt [based on] Copts’ growing fears of Muslim Brotherhood rule, and calls [within the Coptic community] to migrate from the country to escape the Brotherhood,” according to an unnamed Brotherhood source.

[Youm 7 (Arabic), 9/6/2012] Dr. Yasser Ali, spokesman for the presidency, said that President Mohamed Morsi’s European Tour, in both Belgium and Italy next weekend, was mainly aimed at attracting international investment to set up projects in Egypt and to generate more employment opportunities. Morsi also aims to reinvigorate relations between Egypt and the European Union, and confirm Morsi’s administration’s commitment to protect and facilitate investment in Egypt. President Morsi will explain to European officials what was done by Egypt in the areas of political, economic, and administrative reform.