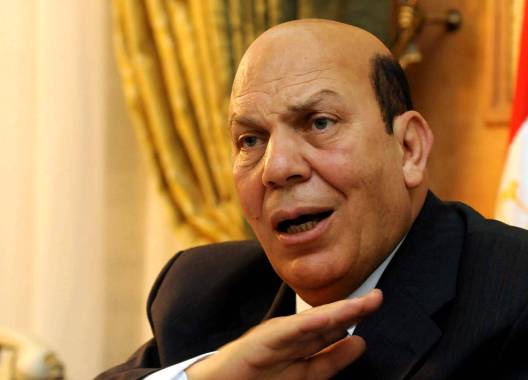 Local Development Minister Adel Labib has announced his ministry is preparing a draft law which would ban “abusive” graffiti on buildings in Egypt. Defendants found guilty of breaking this law could end up with four years in prison or EGP 100,000 fines, Labib explained. Labib added that committees have been formed in neighborhoods and cities to monitor abusive graffiti and littering in the streets. Meanwhile, Egypt’s interim cabinet is scheduled to convene on Wednesday to discuss the final draft of the controversial protest law and the country’s security situation. Prime Minister Hazem El-Beblawy told reporters on Tuesday that the government was putting the final touches to the law, which he said would be passed shortly. Beblawy also said on Monday that the protest law was referred to Egypt’s State Council – one of the nation’s top judicial authorities, to ensure its abidance by international standards. The draft law has sparked a chorus of condemnation from rights groups and political forces, who have said it could severely restrict the right to freedom of peaceful assembly and allow security forces to tighten their grip on dissent. [Ahram Online, Ahram Gate (Arabic), Egypt Independent, Mada Masr, Aswat Masriya, 11/6/2013]

Egypt’s ousted president in high-security prison
Deep in the desert and far from his former base of power, ousted President Mohamed Morsi is being held in a sprawling penitentiary that is notorious as one of Egypt’s highest-security prisons. The move appears aimed not only at isolating him from other Muslim Brotherhood leaders who are jailed in Cairo but also to prevent his supporters from staging protests – or even trying to engineer a prison break. Meanwhile security officials say Morsi spent his first night in a civilian penitentiary in a hospital room after he complained he wasn’t feeling well. Upon arrival to the prison, the 62-year-old Morsi complained of high blood pressure and high blood sugar, officials said Tuesday, speaking anonymously because they weren’t authorized to brief reporters.  However, Director of Alexandria Security Directorate, Amin Ezz al-Deen, told CBC Tuesday that authorities in Borg al-Arab Prison admitted Morsi to the hospital as a routine procedure. [Ahram Online, AP, Cairo Post, 11/5/2013]

Final Egypt constitution debates will be public; Constitution does not grant defense minister immunity
The final sessions of Egypt’s constitution-drafting panel will be held in public and alternate members will be allowed to attend, panel head Amr Moussa has said. Moussa made the comments during a meeting on Monday with representatives of the fifty alternate panel members who have been barred from attending earlier sessions due to space constraints. Following Monday’s meeting, alternate members’ representative Salah Abdullah told Al-Ahram that Moussa had rejected their request to attend earlier sessions. Alternate panel members will meet on Wednesday to discuss a possible escalation to what Abdullah said was an unsuccessful meeting with Moussa. Meanwhile, committee spokesperson, Mohamed Salmawy said the committee has introduced eighteen original articles granting public freedoms that were not present in previous constitutions, and that Article 219 defining Sharia law, was removed. He added that the constitution would include “transitional” articles allowing the Supreme Council of the Armed Forces to choose the defense minister, but this does not mean the holder of the post will have immunity from prosecution. Finally, the committee approved an article to resettle Nubians to their villages in southern Egypt, according to committee member and Nubian activist Hagag Oddoul. [Ahram Online, Ahram (Arabic), Ahram Online, Cairo Post, 11/6/2013]

Egypt court upholds ruling to ban Brotherhood
A court in Egypt has upheld an earlier ruling that banned the Muslim Brotherhood and ordered its assets confiscated. The lawyers for the Islamist group had asked the Cairo Court for Urgent Matters to halt the implementation of the September 23 ruling. Osama al-Helw, a Brotherhood lawyer, says the group will appeal Wednesday’s ruling, which was reported by the state MENA news agency. Defense lawyer Faisal al-Sayyed, a Brotherhood member, told Reuters, “”We will appeal again and again until we banish this law.”  [AP, Reuters, Cairo Post, Ahram Online, Egypt Independent, 11/6/2013]

Kerry and Faisal agree to help Egypt’s ‘economic transformation’
John Kerry and Saud al-Faisal expressed their support in assisting Egypt’s “economic transformation,” which Kerry believes is needed “desperately.” The United States Secretary of State and Saudi Minister of Foreign Affairs were speaking after their meeting in Riyadh, during which they discussed regional and international issues including the Syrian conflict, the Middle East peace process, Egypt, Iran, Lebanon and Yemen. The pair also addressed media reports indicating deterioration in relations between their two countries. Kerry reiterated the US’ commitment to assisting Egypt “as it moves forward with its democratic transition.” Kerry said: “The Egyptian people desperately need economic transformation, and we have agreed, with our friends in Saudi Arabia and with others, to work as hard as we can to effect this economic transformation.” [DNE, 11/5/2013]

Freedom of information threatened in Egypt: Watchdog
Reporters Without Borders (RSF) said Tuesday in a statement that freedom of information was “threatened” in Egypt, after several journalists have faced military trials, arbitrary arrests and abusive treatment in detention. “Hauling journalists before military courts constitutes a danger to basic freedoms, as do prison terms, even if these are suspended,” RSF said. “These practices must stop, and journalists still jailed as a result of their professional activities must be freed immediately and unconditionally.” Meanwhile, a number of Egyptian NGOs expressed their concerns over separate incidents of attacks, detentions and trials of journalists. The Egyptian Initiative for Personal Rights (EIPR), the Arab Network for Human Rights Information (ANHRI), and the Egyptian Organization for Human Rights (EOHR) released separate statements on Monday, highlighting challenges journalists in Egypt continue to face. While covering the trial of former President Mohamed Morsi on Monday, many media crews reported facing attacks by protesters. The attacks on media were criticized by Chairman of the Egyptian Organization for Human Rights Hafez Abu Seada. [Ahram Online, RSF, DNE, 1152013]

Egypt listed one of worst countries for expats – study
Egypt was listed as the worst of thirty four countries for expatriates to live in, according to a recent survey by the British HSBC Bank. The low ranking of Egypt, which has seen political instability since the January uprising in 2011, can be traced back to the rise of xenophobia. “Egypt has seen xenophobia rise considerably since the summer’s military coup and wave of populist nationalism,” said the study published in the Washington Post on Tuesday. [Aswat Masriya, 11/6/2013]

National Security Agency restores 575 expelled officers
The ministry of interior intends to organize a system inside the National Security Agency (NSA) and benefit from the previous experiences that used to work in the agency, especially political Islam and extremist groups, according to official sources. NSA will restore 575 officers soon after they were expelled following the dissolution of State Security Agency, as well as expelling heads of SSA from the NSA and appointing them on divisions of water, tourism, antiquities, railway inspection, and electricity police, source said. [Cairo Post, 11/6/2013]

Morsi trial clashes see ‘more than fifty’ arrests nationwide: MOI
The Ministry of Interior released a statement on their official Facebook page Monday evening summarizing their efforts in securing the first hearing of former president Mohamed Morsi’s trial on Monday and in clearing nationwide clashes. According to the statement, police forces cleared clashes between Morsi’s supporters and civilians around the areas of the High Court and al-Fath Mosque, of which twenty-three “chaotic protesters” were arrested. Also near Maadi, pro-Morsi demonstrators blocked the Ring Road near the Constitutional Court, of which another eight were arrested. In Alexandria clashes took place around the Mansheya area between Morsi supporters and local residents, with twenty-two protesters arrested in possession of fourteen Molotov cocktails, sulphuric acid, melee weapons, stones and political material. Meanwhile, South Cairo prosecution on Tuesday decided to detain for four days fifteen Muslim Brotherhood demonstrators accused of attacking the al-Basateen police station. The prosecution claims that the demonstrators surrounded the police station, threw bricks and stones, and injured officers. They accused the defendants of crowding, bullying, and attacking police forces. Defendants denied all charges, claiming that they were in a peaceful march. [DNE, Cairo Post, 11/5/2013]

Egypt angered after Turkey calls for Morsi’s release
Egypt’s Ministry of Foreign Affairs has expressed its dissatisfaction at recent comments by Turkish officials about ousted Egyptian president Mohamed Morsi. “[Turkish officials] insist on falsifying the real situation in Egypt and challenging the will of the Egyptian people,” the ministry said on Tuesday in a statement published by state news agency MENA. The Turkish foreign ministry called on Tuesday for the release of Morsi, who is currently in detention pending trial on charges of inciting violence during his presidency.[Ahram Online, SIS, 11/5/2013]