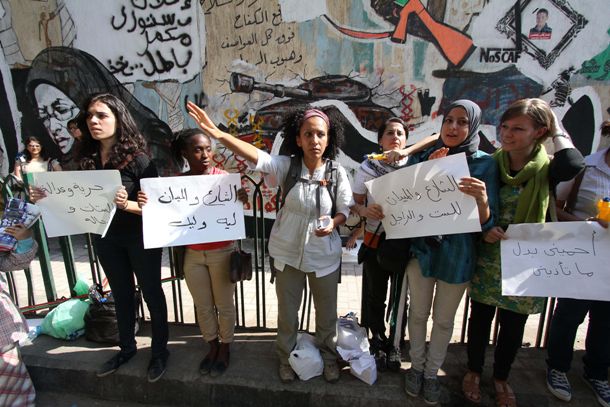 The Committee on the System of Governance in Constituent Assembly yesterday amended the text of Article 143 for the selection of the Prime Minister, agreeing that the president task the majority party or coalition with forming a new government.

Egypt’s Socialist Popular Alliance calls draft constitution ‘oppressive’
The Socialist Popular Alliance Party (SPA) voiced its disapproval of Egypt’s draft constitution on Wednesday, describing the proposal as the "reinstatement of oppression" by the Muslim Brotherhood and Salafist parties. They added that the current assembly has ignored several proposals the party made. The statement described the constitution as empowering Salafists to introduce an oppressive vision on societal and personal matters, and for the Brotherhood to impose political oppression. [Ahram Online, 10/24/2012]

Constituent Assembly: Prime Minister will be chosen from the majority in parliament
The Committee on the System of Governance in Constituent Assembly yesterday amended the text of Article 143 for the selection of the Prime Minister, agreeing that the president task the majority party or coalition with forming a new government. Dr. Mohammed Mohiuddin of the Defense And National Security subcommittee said: It was agreed with the representative of the Drafting Committee to present the draft system to the Constituent Assembly. Members of the Drafting Committee can propose changes and present to the plenary without infringing on the Governance Committee’s work. [Ahram (Arabic), 10/25/2012]

Presidency says Constituent Assembly to continue drafting constitution
Political forces agreed during a meeting with President Mohamed Morsy Wednesday that the constitution drafting process should be concluded rapidly, and that Egyptians will have the final say in approving it, said presidential spokesperson Yasser Ali. Ali said Morsy held a national dialogue with 65 representatives of political parties, trade unions, and universities on Wednesday at the presidential palace to discuss the future of the country. [Egypt Independent, 10/24/2012]

IMF team to resume talks in Egypt next week
An International Monetary Fund team will arrive in Cairo next week to resume discussions on a US$4.8 billion loan that Egypt has requested to shore up its finances, an IMF spokeswoman said on Wednesday. The IMF wants Egypt to take long-term steps to narrow a budget deficit that has grown to 11 percent of gross domestic product since the uprising, and measures to reduce costly state fuel subsidies will be key to any deal. [Egypt Independent, Reuters, 10/24/2012]

Five arrested in Nasr City for possessing weapons, explosives
Security forces in Cairo on Thursday arrested five people suspected of hiding weapons and explosives inside a building in Nasr City. An Interior Ministry official told Al-Masry Al-Youm that it is too early to say if the arrested suspects belong to Al-Qaeda or another jihadi movement. He added that the prosecution is still carrying out investigations. [Egypt Independent, 10/25/2012]

Security heightened in Sinai over attack fears
Security forces in Sinai are investigating claims that jihadi groups are planning to launch attacks in the peninsula using car bombs, security sources told London-based Asharq al-Awsat newspaper. The sources added that authorities raised the state of alert so that militants could not exploit the Eid al-Adha holiday. [Egypt Independent, Ahram (Arabic), 10/25/2012]

Security, nurses ‘attack’ injured revolutionaries at Qasr El-Aini hospital
A number of patients at Qasr El-Aini hospital were injured during clashes with nurses and security guards on Wednesday night. The patients, who had suffered serious injuries during the January 25 Revolution, were trying to leave the hospital to attend a celebration in their honour when they were attacked, one of the patients said. Hospital security and management claimed the patients and their relatives had assaulted nurses and thrown rocks at security guards, leaving four nurses injured. [Ahram Online, Shorouk (Arabic), 10/25/2012]

Hotlines set up for harassment complaints during Eid al-Adha
he women’s complaints office at the National Council for Women has set up a hotline number for receiving complaints about harassment during Eid al-Adha. The council called on girls and women to reports incidents of harassment and provide information that would enable Interior Ministry forces to arrest the assailants. Prime Minister Hisham Qandil praised the effort. [Ahram Online, Egypt Independent, Shorouk (Arabic), 10/25/2012]

Israeli official: Egypt brokers informal Israel-Gaza truce
Palestinian militants held fire overnight on Thursday and Israel refrained from air strikes as an informal truce brokered by Egypt appeared to take hold following two days of violence along the Israel-Gaza border. Palestinians had launched dozens of rockets into Israel over the preceding two days and Israel conducted a number of air raids on the coastal enclave, raising fears of a prolonged, bloody confrontation between the two sides. President Morsy rejected the aggression aimed at Palestinians as Israeli officials accused him of not doing enough to stop militants in Sinai. [Egypt Independent, AP, EGYNews (Arabic), 10/25/2012]

Suspect in Libya US mission attack killed in Cairo: Police
A gunman killed during a police raid on an apartment in northern Cairo is suspected of involvement in a deadly attack last month on the US consulate in the Libyan city of Benghazi, police said Thursday. Various media reports meanwhile suggested that the man who died in Wednesday’s raid was a Libyan citizen who is believed to be an Al-Qaeda militant. [AFP/Ahram Online, Egypt Independent, Reuters, 10/25/2012]

Protesters attack Egyptian consulate in Benghazi
Demonstrators on Wednesday besieged the Egyptian consulate in Benghazi in eastern Libya in response to regulatory measures imposed by the consulate regarding visas to Egypt. Twenty young men attacked the Libyan security guards, stole a pistol from one of them and fired in the air. They also destroyed the surveillance cameras that were placed at the entrance. [AFP/Egypt Independent, 10/24/2012]

Photo: Protesters hold signs reading “The streets and the square are for women and men” (C), “Protect me instead of hurting me” (R) and “Freedom and justice for women and men” (L) during a demonstration in Cairo against sexual harassment in Egypt on July 6, 2012. (Ahmed Mahmud/AFP)