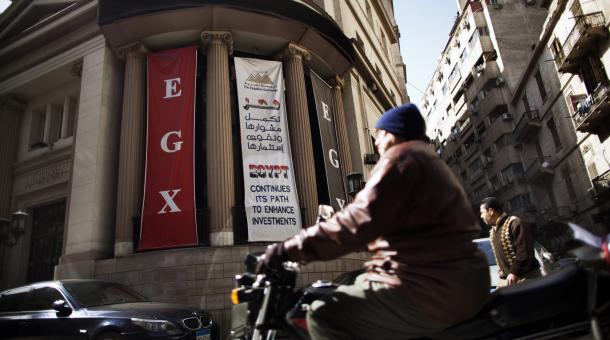 Egypt’s Finance Minister said on April 12 that the Egyptian government expects to sign a $3.2 billion loan deal with the International Monetary Fund by May 15, before the presidential election.

1) The leftist Tagammu’ Party has rejected calls by the Muslim Brotherhood’s Freedom and Justice Party and the Salafi Nour Party for a million-man demonstration in Tahrir Square on April 13 to prevent the revival of former regime remnants. The Tagammu’ statement said that revolutionary forces will not be tricked into joining the demonstration, despite their opposition to presidential candidates associated with the Mubarak regime. Tagammu’ is calling for a second mass demonstration on April 20 to demand the repeal of Article 28 of the constitutional declaration, which bars challenges to election results, and the reformation of the constituent assembly to represent all of Egypt’s social and political forces. [al-Masry al-Youm, Arabic, 4/20/2012]

2) Minister for Parliamentary Affairs Mohamed Attiah said that a draft “disenfranchisement” law that would bar former regime members from running for the presidency is “tainted” by political interests and constitutionally suspect.  Attiah added that the government is neutral toward all candidates and that the government trusts the people’s choice for president. [al-Shorouk, Arabic, 4/12/2012]

4) Omar Suleiman said that he decided to run for president to prevent Islamists from turning Egypt into a "religious state” in which all institutions are controlled by the Muslim Brotherhood. He added that the Brotherhood’s decision to field a presidential candidate “struck horror in the souls of members of the Egyptians society.” [AP, English, 4/12/2012]

5) Socialist presidential candidate Abul-Ezz al-Hariri announced that he will file an appeal with the Supreme Presidential Elections Commission (SPEC) to bar the Muslim Brotherhood’s candidate Khairat El-Shater from running in the upcoming election. Al-Hariri claims that al-Shater’s prior jail sentence – for a conviction on charges of money laundering – disqualifies him from running. [al-Ahram, English, 4/12/2012]

6) Egypt’s Finance Minister said on April 12 that the Egyptian government expects to sign a $3.2 billion loan deal with the International Monetary Fund by May 15, before the presidential election. [Wall Street Journal, English, 4/12/2012]

7) The number of tourists visiting Egypt declined by 28.6 percent between January 2011 and January 2012, according to official government statistics. [al-Masry al-Youm, Arabic, 4/12/2012]