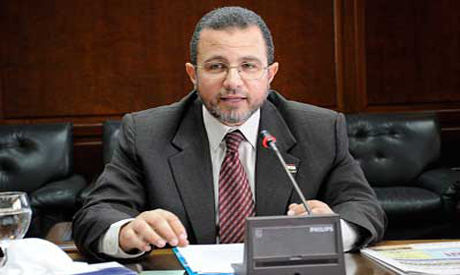 In a statement issued on Friday afternoon, only 24 hours after newly-appointed Prime Minister Hisham Qandil stated that a new cabinet will be finalized on Friday and officially announced on Saturday, the office of Egypt’s prime minister said that the final announcement of the new cabinet will be postponed as consultations on the awaited selections are still taking place.

[Ahram Online, 7/27/2012] In a statement issued on Friday afternoon, only 24 hours after newly-appointed Prime Minister Hisham Qandil stated that a new cabinet will be finalized on Friday and officially announced on Saturday, the office of Egypt’s prime minister said that the final announcement of the new cabinet will be postponed as consultations on the awaited selections are still taking place. The date the new cabinet would be announced will be revealed on Saturday, the statement said. The statement also alluded to "respecting the sensitivities of some ministries and state institutions" as a reason for the postponement, in a possible reference to the controversial issue of selecting Egypt’s new defense minister.

[Ahram Online, 7/27/2012] Wahid Abdel-Meguid, official spokesman for Egypt’s Constituent Assembly (tasked with drafting a new constitution), said on Thursday that the military’s constitutional authorities would be discussed at an upcoming meeting of the assembly’s national security sub-committee. General Mamdouh Shaheen, member of Egypt’s Supreme Council of the Armed Forces (SCAF), is expected to attend the meeting as the SCAF’s representative. Abdel-Meguid said SCAF’s authorities will be curtailed under the new constitution, which will give the military council partial independence from other branches of government. Regarding the military budget, Abdel-Meguid confirmed that there was a trend inside the national security sub-committee that wanted to make the military budget the responsibility of a National Defence Council.

[Daily News Egypt, Al Masry Al Youm (Arabic) 7/26/2012] The Abasseya case is once again set to resume today and there are still more sessions this week and next for verdicts in the rest of the cases. The military court issued sentences in 12 cases resulting in the acquittals of 51 people. The court, however, issued three to one year verdicts for 24 people on Tuesday. One of the perplexing aspects of the cases are the lack of clear charges, as one member of the No Military Trials for Civilians Movement (NMTCM) Salma Abdelgelil mentioned. “The exact reasoning for the sentences hasn’t been shared yet with the lawyers but one charge will be attacking  military personnel,” said Abdelgelil. President Mohamed Morsy pardoned only a fraction of the thousands still facing military trials last week.

[Egypt Independent, Al Shorouk (Arabic), 7/27/2012] Activists, politicians, media figures and doctors in Egypt have launched a campaign to offer the Syrian people moral and financial support against the regime of Bashar al-Assad. The Doctors Syndicate announced Thursday in a conference that its sub-headquarters will receive donations for the Syrian people. The campaign’s coordinator, Bassam al-Dowaihy, called for withdrawing legitimacy from the Assad regime and putting all regime figures on trial at the International Court of Justice for crimes against humanity. The Egyptian Embassy in Damascus has succeeded during the past few days in the evacuation of more than 300 Egyptian resident in Syria.

US drought means Egypt may look elsewhere for wheat

[Egypt Independent, 7/27/2012] Egypt might have to look beyond the world’s biggest wheat exporter to feed its hungry nation, after the worst drought in more than a decade has wilted US grain crops. “Wheat is the biggest problem for food security. There’s a lot of vulnerability, given supply and demand sources,” said Magda Kandil, executive director of the Egyptian Center for Economic Studies. Egypt imports more than half of its wheat supplies, according to the center, and almost a quarter of that amount comes from the US. The rising cost of wheat could leave Egypt, which is the world’s top consumer of the commodity, scrambling to find affordable sources of it.

[Reuters, Al Ahram (Arabic), 7/26/2012] U.S. Defense Secretary Leon Panetta will meet Egypt’s new Islamist President Mohamed Mursi next week and hold talks with the country’s top general during a trip to the Middle East and North Africa, the Pentagon said on Thursday. "The secretary is very much looking forward to meeting with senior Egyptian officials and to encourage them to continue the political transition that’s taking place," said Pentagon spokesman George Little. "I wouldn’t want to get too far ahead of the discussions, since they’re taking place next week."

[Reuters, 7/26/2012] Gaza Islamist leader Ismail Haniyeh met Egyptian President Mohamed Mursi on Thursday in an official visit that signaled a big shift in Cairo’s stance toward the Hamas movement after the election of a Muslim Brotherhood head of state in Egypt. A Palestinian official said the head of Egyptian intelligence had promised measures to increase the flow of fuel supplied by Qatar to Gaza via Egypt and needed to ease the small Palestinian territory’s power shortages. The sides had also discussed increasing the flow of Palestinians across the border. But there was no immediate sign that Cairo was ready to open up its border with Gaza to the extent sought by Hamas, something analysts partly attributed to the influence still wielded by the Hosni Mubarak-era security establishment.