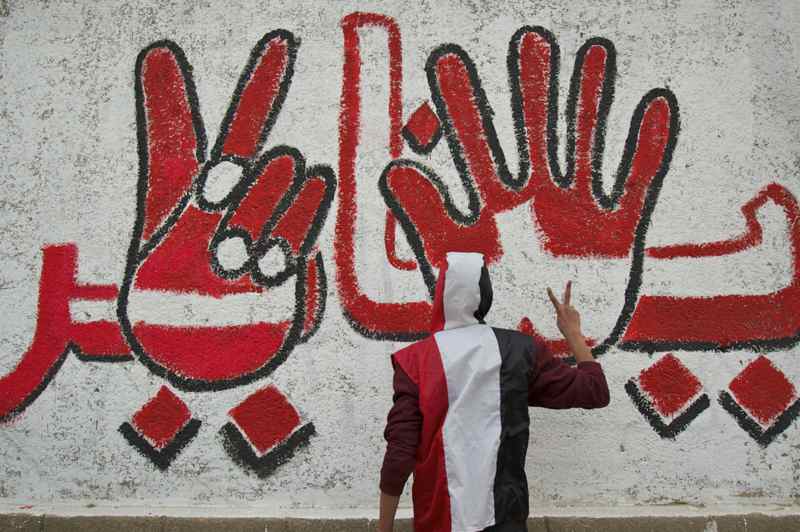 The Popular Campaign to Support Mohamed ElBaradei issued a statement rejecting "fake celebrations" being planned for the anniversary of the outbreak of the 25 January revolution, in the group’s first official statement since ElBaradei’s decision to withdraw from the presidential race.

1) The Popular Campaign to Support Mohamed ElBaradei issued a statement rejecting "fake celebrations" being planned for the anniversary of the outbreak of the 25 January revolution, in the group’s first official statement since ElBaradei’s decision to withdraw from the presidential race. [al-Masry al-Youm, English, 1/19/2012]

2) Nawara Negm, a leading activist, was attacked on the night of January 18 outside of the Maspero state television building by a group of 25 men. The assault took place during a pro-military protest. Police reportedly stood by and refused to intervene as Negm was beaten and accused of “promoting strife between the people and the army.” [al-Ahram, English, 1/19/2012]

3) The Facebook group “We Are All Khaled Said” issued a “code of conduct” for protesters planning to participate in demonstrations on January 25, urging them to refrain from violence or sabotage of public and private property. [al-Youm al-Saba’a, Arabic, 1/19/2012]

5) Several Egyptian NGOs issued a joint statement rejecting a new draft law  regulating civil society groups that is criticized as being “even more repressive” than the current legislation, Law 84/2002. The draft grants the insurance and social affairs minister the power to stop NGO activity and stipulates that government approval must be obtained for all funding. [al-Masry al-Youm, English, 1/19/2012] [Text of Draft NGO Law, Shorouk, Arabic, 1/19/2012]

6) Prime Minister Kamal El-Ganzouri ‘s cabinet has approved a new draft law stipulating that the grand imam of Al-Azhar be elected by Al-Azhar scholars via secret ballot. Since the 1950s, the head of Al-Azhar – the foremost religious authority in the Sunni-Muslim world – has been appointed by the Egyptian president. In response, the Muslim Brotherhood issued a statement recommending that the law’s passage be delayed and cautioned against rushing the new legislation just days before the first session of the new People’s Assembly on January 23. [al-Ahram, English, 1/19/2012] [al-Masry al-Youm, English, 1/19/2012]

7) The Muslim Brotherhood denied reports that it will back the presidential candidacy of the chairman of the SCAF-appointed Advisory Council, Mansour Hassan, and said it would not choose a candidate to support until after the close of the official nomination period, slated to begin in mid-April. [al-Masry al-Youm, Arabic, 1/19/2012]

8) The Tagammu’ Party has accused the Brotherhood’s FJP of attempting to monopolize power through key positions in the People’s Assembly, leaving only the unimportant committee assignments – mere “crumbs” – to the other parties. [al-Shorouk, Arabic, 1/19/2012]

9) A group of young Muslim Brotherhood members has started a campaign on Facebook and YouTube for a new website “Ikhwan Offline,” which it frames as an alternative to the group’s official website Ikhwanonline.com. According to a founder of the initiative, “We are committed to the line, but we reckon that the continuation of the Ikhwan Online website in its current form causes great harm, and that is why we adopted the initiative.” Ikhwan Online has been criticized in recent months for its limited coverage of protests and mass demonstrations, which were largely boycotted by the Brotherhood. [al-Masry al-Youm, English, 1/19/2012]

10) The US has approved an emergency action plan for supporting Egypt’s economy over the next six months, according to Egypt’s Industry Minister Mahmoud Issa, who visited Washington this week. The plan aims to increase trade between Egypt and the US, double US investments in Egypt and support SMEs, the minister said, adding that a delegation from the US Trade Representative Office will visit Cairo within the coming two weeks to discuss the timetable for the implementation of the new plan. [al-Masry al-Youm, English, 1/19/2012]

11) An official spokesman for the Salafi Nour Party criticized the interim government’s decision to resume negotiations for an IMF loan, saying that international loans should only be accepted in the presence of a clear development strategy and must comply with Islamic law. [al-Masry al-Youm, Arabic, 1/19/2012]