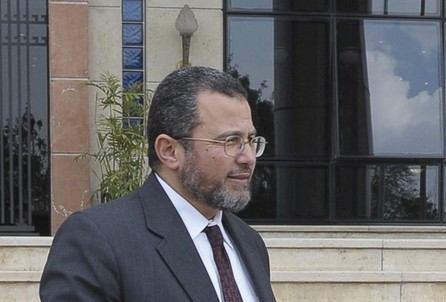 [Egypt Independent, 7/25/2012] Disagreements between the Salafi-oriented Nour Party and the Muslim Brotherhood’s Freedom and Justice Party have escalated over the text of the second article of Egypt’s anticipated constitution. The Nour Party has threatened to withdraw from the Constituent Assembly tasked with drafting the constitution and to rally "millions" of opponents of the anticipated document if drafters fail to amend its second article, which stipulates that the "principles" of Islamic sharia are the main source of legislation.

[Daily News Egypt, Al Ahram (Arabic), 7/25/2012] The Constituent Assembly tasked with drafting Egypt’s constitution postponed holding elections to select replacement for six members who resigned last week, as well as to discuss its specialized committees’ reports in their session on Tuesday. The assembly heard reports from its specialized committees including the Defense and National Security sub-committee of the System of Governance Committee which is currently debating the nature of the president as Supreme Commander of the Armed Forces while the minister of defense will be the Commander-in-Chief of the Armed Forces. The military submitted its own suggestions regarding their status in the new constitution and the sub-committee is yet to discuss them. The Executive and Legislative Branches sub-committee of the System of Governance Committee reported that it was leaning towards a mixed semi-presidential system.

[Egypt Independent, 7/25/2012] The new defense minister will be nominated by the Supreme Council of the Armed Forces, newly-appointed Prime Minister Hesham Qandil told privately-owned satellite channel CBC. Qandil, a former irrigation minister, called the SCAF’s role in the revolution patriotic. He declined to give details about the timeline for the final formation of the new cabinet, and denied news about appointing Khairat al-Shater, deputy supreme guide of the Muslim Brotherhood, as deputy prime minister. Qandil said the new cabinet’s priorities were facing security challenges and achieving the revolution’s goals.

[Ahram Online, EGYNews (Arabic), 7/25/2012] The liberal Constitution Party will form a coalition with other parties at the next parliamentary election, party founder Mohamed ElBaradei said Tuesday. He said that work has moved from Tahrir Square — which he called a tool for pressure — to policy, and the Constitution Party seeks to provide Egyptians with bread and social justice. ElBaradei did not specify which parties would join the coalition but added that the party aimed to unite political groups rather than compete with them. ElBaradei said every member in the party should be an example for the rest of society and that the party should reach out to workers and farmers.

[Reuters, 7/24/2012] Thousands of Egyptian state textile workers suspended their strikes on Tuesday after receiving concessions in a pay dispute that brought a large part of the industry grinding to a halt last week, an activist and a worker said. About 23,000 employees at Misr Spinning and Weaving – Egypt’s biggest textile company – had been on strike for more than a week, demanding better pay and conditions. They had been joined by about 12,000 staff from other state textile firms. The Misr Spinning and Weaving workers said their demands had been partially met but that they would resume industrial action in September if they did not receive more concessions.

[Egypt Independent, 7/25/2012] Ahmed Abdel Naby, a prisoner who died at the Old Cairo police station on Tuesday, was tortured to death, a report by medical examiners has found according to Abdel Nagy’s brother. Abdel Naby had been badly beaten, and suffered a skull crack and abdominal bleeding, his brother said the report showed, adding that his corpse bore clear marks of torture. Abdel Nagy’s brother said that on the day of his death, he offered to help a woman who was cleaning her car, but the woman became scared and yelled for help, accusing him of trying to steal the vehicle leading to his arrest.

[Egypt Independent, Al Masry Al Youm (Arabic), 7/25/2012] President Mohamed Morsy received Jordanian Foreign Minister Nasser Gouda at the presidential office on Wednesday. During the meeting, Gouda delivered a message from Jordan’s King Abdullah about developments in the region and methods of boosting bilateral cooperation ties. Gouda met with his Egyptian counterpart earlier on Wednesday to discuss how to transfer humanitarian aid from Egypt to Syrian refugees in Jordan. They also spoke of the damage resulting from the sabotage of the natural gas pipeline to Jordan has caused. Morsi promised that protection of the pipeline and restoration of the gas supply was a top priority.

[Reuters, 7/24/2012] BP said it will supply Israel Electric Corporation with liquefied natural gas (LNG) but declined on Tuesday to give details, while a source with knowledge of the deal said it will deliver two cargoes a month from December until May 2013. Israel launched a tender to secure supplies after Egypt terminated a crucial 20-year gas supply deal in April this year. BP beat off stiff competition from rival bidders including Russian gas giant Gazprom to secure the deal, critical to plugging a short-term gap in Israeli gas supplies. Israel’s electric utility — without Egyptian gas and the country’s sole working gas field nearly depleted — is turning to LNG imports as a stop-gap until the first of its gas discoveries in offshore waters are brought to market from next year.