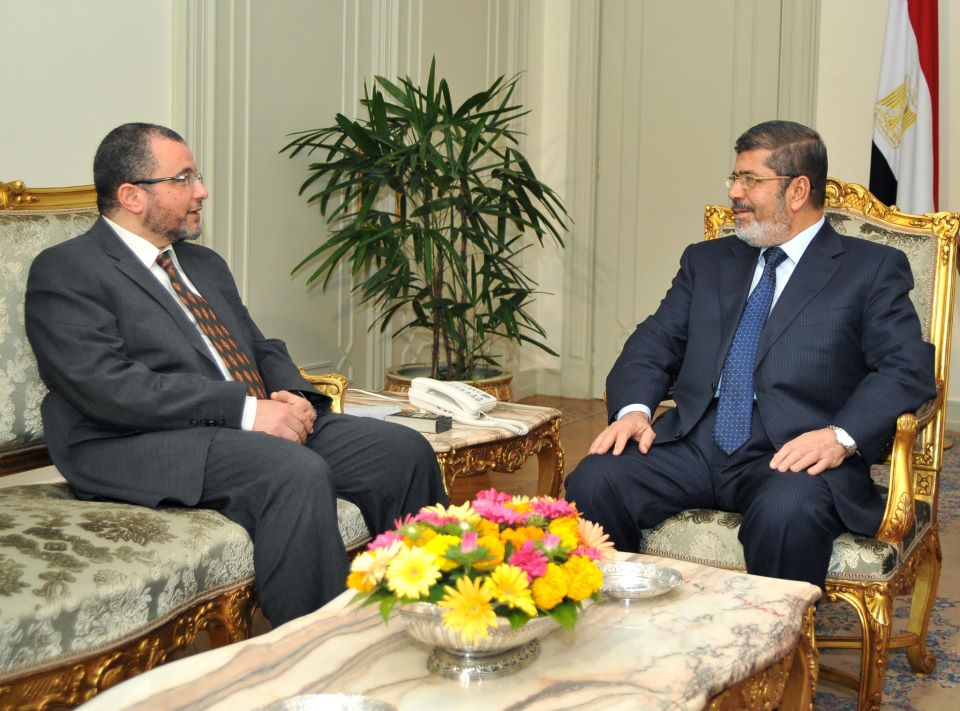 Port Said massacre defendants moved to Ismailia prison
Some 39 defendants on trial for their alleged role in last year’s Port Said football massacre were moved to a prison in Ismailia Governorate early Thursday due to security concerns.
Families of the defendants had made the transfer request, fearing the accused would be targeted by further violence ahead of the much-anticipated verdict scheduled Saturday.
In an effort to prevent more clashes, the Ismailia Appeals Court restricted attendance at the Port Said court house where the ruling will be made with only lawyers and media representatives present. [Egypt Independent, 3/7/2013]

Sources claim IMF unhappy with reform program
An unnamed government official said Thursday that the International Monetary Fund is not satisfied with Egypt’s amended economic and social reform program submitted last week, according to privately owned daily Youm7’s website. The anonymous Finance Ministry official said the IMF said the reform program, which calls for new taxes on luxury consumer goods and the lifting of some subsidies, does not do enough to boost revenues or promote growth as the nation’s budget deficit continues to grow. [Egypt Independent, 3/7/2013]

Financial Authority head: Certificates with sukuk bonds could prevent money laundering
Ashraf al-Sharqawy, head of the Financial Supervisory Authority, has requested that personal certificates be issued for Islamic sukuk bonds in order to prevent money laundering.
He told the Shura Council’s Financial Committee on Tuesday to delete the maximum fine of LE20 million set forth in Article 25 of the sukuk draft law to prevent profiteering. He added that the sukuk idea was already considered in the law on capital, issued in 1992. [Egypt Independent, 3/6/2013]

Military casualties during SCAF rule revealed for first time
The Egyptian defense ministry has published a data showing 55 military personnel were killed during the period of military rule following the January 25 Revolution. The data covers the period from 30 January 2011 until 29 July 2012 and was published to coincide with Martyrs Day on 9 March. Among the 55 dead were one brigadier general, 11 officers and 43 soldiers. [Ahram Online, 3/7/2013]

Police officers in multiple cities refusing to work
Egyptian policemen are protesting in several cities across the country, refusing orders to work and accusing officials of trying to politicize the force. Dozens of policemen shut down the Qasr al-Nil police station on Thursday demanding better weapons and the dismissal of the Interior Minister, as protests and sit-ins against the Interior Ministry by police officers continued in a number of towns and cities. Hundreds of Egyptian police officers, central security forces, detectives and rescue workers began an open-ended strike on Thursday by Tanta’s security office. Their demands include the sacking of the interior minister, amendment of Article 199 of the constitution and independence from the presidency. Central Security Forces in the Suez Canal and Delta cities, which account for one-fifth of the CSF’s overall forces, have continued their sit-ins and refused to carry out any of their normal activities. Similar protests took place in North Sinai, Sharqiya, and Media Production City. [Egypt Independent, AP, Aswat Masriya, 3/7/2013]

Police kill family in Mahalla
Acquaintances of a family killed by the police on Tuesday held a protest in al-Shoon Square in Mahalla on Wednesday, calling for the punishment of police officers who killed the family. Police officers opened fire at the family as they approached a security checkpoint in Mahalla-Samanood road, leaving the whole family dead. Police were looking for a stolen vehicle similar in description to the family’s car. [DNE, 3/6/2013]

Calm restored to Mahalla after night of bloody clashes
Calm prevailed on Thursday morning in the Delta city of Mahalla in Gharbiya governorate after a night of violent clashes between protesters and police forces. The clashes continued until dawn at police department offices and on main streets in the city. Armored vehicles chased protesters in the city’s streets, firing tear gas canisters to disperse protesters attempting to break into police department offices. Protesters set ablaze a police armored vehicle and a kiosk, after hurling Molotov cocktails. [Egypt Independent, 3/7/2013]

Scores injured in Port Said, Ismailia clashes on Wednesday
Clashes between anti-government protesters and police left 157 people injured in Port Said on Wednesday, the head of Egypt’s Ambulance Authority Mohamed Sultan has said. A spokesperson for the Health Ministry, said the total number of injuries in the Port Said clashes had reached 223, although no deaths were reported. Health Ministry official Yehia al-Anifi said some 228 people were wounded in fighting in Port Said on Tuesday, including some with live bullets and birdshot. [Ahram Online, Egypt Independent, 3/7/2013]

Egyptian women will march to ‘reclaim their rights’
On 8 March, International Women’s Day, women from all major political parties and women’s rights movements in Egypt will gather for a march to “reclaim the rights that have been stolen from them since the 25 January revolution, a revolution that was itself carried on the backs of women,” according to an official statement by the Egyptian Women’s Union. Such events have been plagued by sexual harassment in the past. Prominent women’s rights activist Fatheya al-Assal said she is hoping for the best but preparing for the worst. Meanwhile, Mary Zakaria, a medical student is the first woman to file a sexual harassment claim in Upper Egypt. Zakaria has complained of pressure from different groups to drop the charges. [DNE, 3/6/2013]

Amnesty International slams undemocratic draft laws in Egypt
Amnesty International (AI) criticized on Wednesday draft laws that were proposed to the Shura Council for legislation in Egypt, explaining that they may “severely restrict the work of independent civil society organizations and limit freedom of assembly.”  Egypt’s upper house of parliament, the legislature until the election of a new House of Representatives, is currently discussing a law proposed by the Ministry of Local Development that, according to AI, would impose stricter restrictions on civil society bodies “including on registration, activities and obtaining foreign funding.” [Aswat Masriya, 3/7/2013]