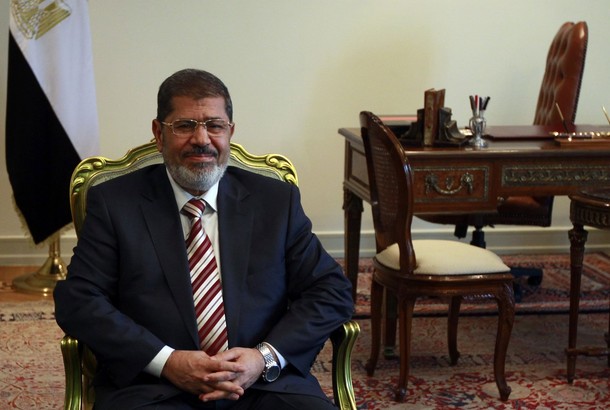 Egyptian President Mohamed Morsi on Thursday evening ordered the release of 572 Egyptian citizens who had been detained by military authorities since last year’s Tahrir Square uprising, Al-Ahram’s Arabic-language news website has reported. Those to be released include 530 detainees who had already been convicted by military courts and 42 that had been awaiting military trial.

[Egypt Independent, 7/19/2012] Mohamed Abdel Salam, adviser to the Al-Azhar grand sheikh and member of the Constituent Assembly, said that Al-Azhar would prefer that a separate article be added to the constitution to stipulate that Christians be subject to their own religious laws, rather than including this provision in Article 2. Al-Azhar Grand Sheikh Ahmed al-Tayyeb had asked his representatives in the assembly not to amend Article 2 of the 1971 Constitution in the new draft, as it has always been the same in past constitutions and is agreed upon by all national forces.

Morsi welcomes Ramadan with release of 572 detained by military

[El Watan (Arabic), Ahram Online, 7/20/2012] Egyptian President Mohamed Morsi on Thursday evening ordered the release of 572 Egyptian citizens who had been detained by military authorities since last year’s Tahrir Square uprising, Al-Ahram’s Arabic-language news website has reported. Those to be released include 530 detainees who had already been convicted by military courts and 42 that had been awaiting military trial. Morsi’s order was issued on the recommendation of a committee recently drawn up by the president to look into all cases of civilians detained by military authorities. No To Military Trials, however, says the gesture is not enough.

[Egypt Independent, 7/19/2012] A labor conference was held at the Journalists Syndicate on Thursday with the aim of detailing the condition of more than 10,000 workers at the Ceramica Cleopatra company, whose employer has confronted them with a lock-out, after police forces assaulted and detained a group of protesting workers in Suez City on Tuesday evening. Following the conference, the ceramic workers led a march through the streets of downtown Cairo. Ceramica Cleopatra’s workers have been subjected to a lock-out for over a week, while over 10,000 workers at two companies (located in 10th of Ramadan Industrial City and the Red Sea Town of Ain Sokhna) are threatened with mass unemployment if the company owner, ceramics tycoon Mohammed Abul Enein, moves ahead with his alleged plans to liquidate these companies.

[Ahram Online, 7/20/2012] Egypt’s government is to direct public spending towards domestic firms and enact further cost-cutting measures in its public procurement policies, Finance Minister Momtaz El-Saeed said in a statement Friday. Under new guidelines, 10 per cent of total state procurements will come from Egypt’s small and medium-size businesses, the minister said. A further attempt to prioritise local industry comes in the stipulation that all new public projects will be obliged to use 40 per cent local goods and services.

[Egypt Independent, 7/19/2012] Saudi Arabia will issue a general pardon for some Egyptian prisoners being held in the kingdom on the occasion of Ramadan, but Ahmed al-Gizawy will not be eligible because he is still being tried, Saudi Ambassador to Egypt Ahmed al-Qattan said Thursday. Qattan’s comments followed a meeting with President Mohamed Morsy in the presidential palace. A Saudi court on Wednesday adjourned the drug possession trial of Gizawy, another Egyptian citizen and a Saudi defendant to 5 September. Prosecutors are asking for the death penalty.