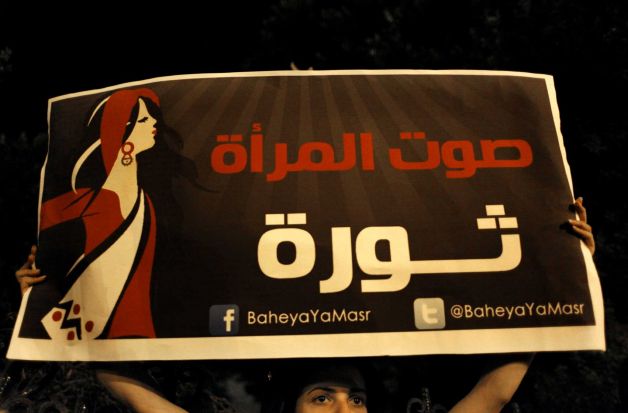 Legislation drafted by the Ministry of Insurance and Social Affairs could tighten control over funding for non-governmental organizations and also give legal status to the Muslim Brotherhood, Egypt’s largest Islamist group.

New bill could impose restrictions on NGO funding, legalize Muslim Brotherhood
Legislation drafted by the Ministry of Insurance and Social Affairs could tighten control over funding for non-governmental organizations and also give legal status to the Muslim Brotherhood, Egypt’s largest Islamist group, state-run newspaper Al-Ahram reported Wednesday. If passed by the next People’s Assembly and approved by the president, the bill would put extensive restrictions on foreign funding for NGOs. It would reportedly waive local NGOs from obtaining licenses to operate, but would maintain the requirement for foreign groups. [Egypt Independent, al-Ahram (Arabic) 10/3/2012]

Universal healthcare unveiled
Egypt’s Ministry of Health is unveiling the new universal healthcare law which will provide every Egyptian with compulsory comprehensive health coverage. After years of complaints, in February the Parliament’s Health Committee reported 65 per cent of Egyptians were unhappy with the country’s national health insurance scheme, so there will be high expectations of the health minister. The new law will supplant the current healthcare system once the final points of the law are finalised and the law itself is accepted by the government. [Daily News Egypt, 10/2/2012]

Constituent Assembly divided over parliamentary election system
Members of the Constituent Assembly are split over which parliamentary election system to adopt in the country’s new constitution, which is expected to be finished before the end of this year. The Salafi Nour Party and a number of secular parties agreed, during a session of the assembly’s Electoral Systems Committee held at the People’s Assembly on Tuesday,  to back the list-based candidacy system for the next legislative elections. But Muslim Brotherhood members leaned toward the single-winner system. [Egypt Independent, 10/3/2012]

New Egyptian constitution offers fewer religious freedoms, critics allege
Members of Egypt’s Constituent Assembly, the body tasked with drafting Egypt’s post-uprising constitution, are purportedly finished with drafting the chapter on the freedoms, rights and duties of citizens. Article 8 is the constitutional article on freedom of belief and religious practice, the mother clause stipulating the freedoms and rights of all matters religious within the Egyptian state. “In the current draft, the state is not tasked with protecting freedom of belief,” political researcher and director of the Arab Forum for Alternatives Mohamed El-Agati said. El-Agati contends that the Mubarak-era 1971 constitution fares better on this point. Article 36 has also been of concern for women’s rights activists. Excerpts of draft text reveal that it seeks to lower the marriage age, legalize female genital mutilation and use Islamic jurisprudence in a way that could limit women’s rights to work and education. [Ahram Online, 10/2/2012]

Amid leaks of draft constitution, activists fear for women’s rights
Scores of political and human rights activists gathered in central Cairo to demand that women’s rights be protected in the new constitution, with leaks of parts of the proposed text causing alarm for some. Article 36 has been of particular concern for women’s rights activists. Excerpts of draft text reveal that it seeks to lower the marriage age, legalize female genital mutilation and use Islamic jurisprudence in a way that could limit women’s rights to work and education. More than twenty women organizations and movements and a number of political parties plan to march on Thursday to press for women rights.  [Egypt Independent/AFP, Aswat Masriya, 10/3/2012]

Public prosecutor refers complaint against Anan to Illicit Gains Authority
Public Prosecutor Abdel Meguid Mahmoud on Tuesday referred a complaint against former Chief of Staff of the Armed Forces Sami Anan and former Housing Minister Mohamed Ibrahim Suleiman to the Illicit Gains Authority to verify accusations relating to illegal gains and property acquisition. The complainant accused Anan of illegally obtaining land and villas. It is the first complaint against a senior military leader to be referred to a civilian authority for investigation. [Egypt Independent, 10/2/2012]

Oil subsidy reform still under review, says minister
Egypt is holding off on reform of its costly state energy subsidy regime until it completes more studies and holds a "social dialogue" on the issue, the country’s oil minister told Reuters. In an interview, Petroleum Minister Osama Kamal said Egypt would have a major economic problem until the subsidies bill, which represent about a quarter of state spending, is cut. "Every day we delay restructuring subsidies bleeds state resources," said Kamal, though he declined to give a timeframe for the reform, saying the government needed to "complete all studies and conduct a social dialogue." [Egypt Independent, 10/3/2012

Controversial Indian petrochemicals producer to Inject funds in Port Said
The Indian company Sanmar TCI has confirmed its intention to invest an additional $200 million in the industrial area of Port Said, after the allocation of a new piece of land. It has already started the new extension and the establishment of the necessary machinery. Minister of Investment Osama Saleh, held talks with Sanmar’s chairman, P S Jayaraman,  to discuss the company’s investment in Egypt and its expansion plans; the minister said that the coming period will witness an increase in the economic and investment cooperation between India and Egypt. [Daily News Egypt, 10/2/2012]

Two Coptic children arrested in Egypt for ‘insulting Islam’
Two Coptic Christian children Nabil Nagy Rizk, 10, and Mina Nady Farag, 9, were arrested, Tuesday, for insulting religion in the Upper Egyptian governorate Beni Suef, after the imam of their local mosque filed a complaint against them. By order of the prosecution the two boys are now being kept in the Beni Suef juvenile detention pending further investigation on Sunday. The village Iman Ibrahim Mohamed Ali accused them of tearing up papers, which included pages of Quranic verse. [Ahram Online, Daily News Egypt, Shorouk (Arabic), 10/3/2012]

Five Political Parties Launch ‘Protecting our Constitution’ Campaign
Launching the campaign this Thursday in Cairo, five political parties will be using the Protecting our Constitution campaign to raise awareness about the importance of the draft constitution, while also highlighting draft clauses that have been cause for concer. The parties participating in the campaign include the Popular Socialist Alliance, Mohamed ElBaradei’s Constitution Party, the Egyptian Social Democratic Party and the Popular Alliance. [EgyNews, Al Masry al-Youm, (Arabic) 10/3/2012]

AUC back to school after compromise reached to end strike
Students and staff at the American University in Cairo (AUC) resumed normal university life on Tuesday, as a compromise between student protesters and the administration appeared to end a long standing dispute over student tuition fees. Students had demanded that this year’s seven percent increase in tuition fees be rescinded, and there be a cap on increases in future years. The seven percent fee increase stands, but the administration agreed that fees will increase by no more than 2.3 percent for the next three years, assuming no major changes in domestic inflation and US dollar-Egyptian pound exchange rates. [Egypt Independent, Aswat Masriya, 10/2/2012]

Saudi misses another regional meeting over Syria, Egypt says will not send forces to Syria
Saudi Arabia has stayed away for a second time from a meeting of Egypt, Turkey and Iran to discuss the Syria crisis, the Egyptian foreign minister said on Wednesday, hampering Cairo’s initiative to find a regional solution to the conflict. Ever since Egypt announced plans for the initiative in August, diplomats have questioned the ability of a group that includes both Syria’s ally Iran and three opponents of President Bashar al-Assad to reach any substantive agreement. "We are still at the stage of exploring positions and there will be other meetings to perhaps discuss more precise suggestions," Egyptian Foreign Minister Mohamed Kamel Amr told the pan-Arab daily Al Hayat. The Foreign Minister has also denied that Egypt has sent or intends to send forces to Syria. [Egypt Independent, Aswat Masriya 10/3/2012]