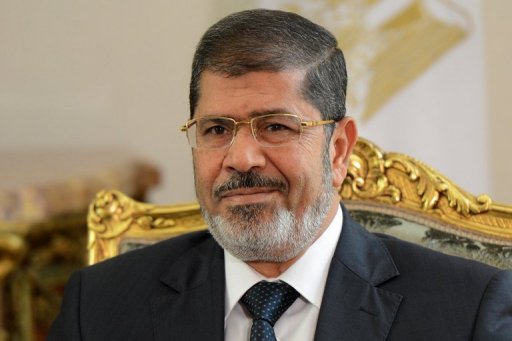 The Constituent Assembly has reduced, in the draft of the new constitution, the authorities of Egypt’s executive and given the right to parliament to hold the president accountable, said Salah Hassab Allah, member of the  System of Governance Committee, a body affiliated to the Constituent Assembly.

Egypt President Mohamed Morsi appointed Mohamed Raafat Shehata Abdel-Wahed as the new head of General Intelligence on Wednesday. Shehata was the General Intelligence first secretary before taking the role of acting head in August 2012, when Morsi retired Mourad Mufawi in the wake of 5 August bloody attacks on the Egypt-Israel border, which left at least 16 Egyptian soldiers dead. The newly-appointed spy chief is best known for mediating between Hamas and Israel during the 2006-2011 negotiations to release Israeli soldier Gilad Shalit. [Ahram Online, Ahram Gateway (Arabic), 9/19/2012]

Elections to pick the Muslim Brotherhood’s Freedom and Justice Party’s (FJP) new chairman are planned in the first two weeks of October, after the party’s executive board calls for its general conference, according to an FJP senior member. Zaki said selecting the party’s new leader will be worked out according to the executive board’s internal charter, which allows any of its 85 members to nominate themselves. Although officially no members have announced their intentions to compete for the FJP’s presidency, Zaki said he has learnt that six or seven party figureheads are planning to run. [Daily News Egypt, 9/19/2012]

Ten leftist parties and movements announced Wednesday the formation of a joint coalition named the Democratic Revolutionary Coalition (DRC) during a press conference at the headquarters of Egyptian Socialist Party in downtown Cairo. Coalition leaders said they aim to ally with other national coalitions; however, Workers and Peasants Party co-founder Kamal Khalil underlined that any coalition is possible except “for whoever allied with SCAF, was party to Mubarak’s regime or was against the revolution.” Meanwhile, Nasserist Hamdeen Sabbahi is convening next Friday in Cairo’s Abdeen Square in what is believed to be a mass rally to announce the official launch of the Egyptian Popular Current [Ahram Online, Daily News Egypt, 9/20/2012]

Relations sour between Wafd and Moussa over Egypt’s new party

An altercation began, Thursday, between former presidential candidate Amr Moussa and the Liberal Wafd Party, after Moussa failed to discuss his role as head of the newly-established Egyptian Conference Party (ECP) with the political party. Moussa, who came fifth in the presidential elections, is already honorary president of the Wafd Party, a title he was granted in May of this year. Relations, consequently, soured on Monday when Moussa launched the ECP, a coalition of 25 political parties and movements that does not include the Wafd. [Ahram Online, 9/20/2012]

The Constituent Assembly has reduced, in the draft of the new constitution, the authorities of Egypt’s executive and given the right to parliament to hold the president accountable, said Salah Hassab Allah, member of the  System of Governance Committee, a body affiliated to the Constituent Assembly. The System of Governance Committee in Egypt’s Constituent Assembly agreed Wednesday that an interim article will be included in the new constitution affirming that President Mohamed Morsi will continue his presidential term for the full four years, as laid out in the current constitutional declaration. [Ahram Online, 9/19/2012]

The Ministry of Local Development conducted a poll on the 6 proposed articles for the local system of governance in the draft constitution. The articles propose to divide Egypt into local administrative units, of which there would be governorates, cities and villages, each represented by its own leader. An additional article states that governors are to be appointed by the president, based on nominations from the Cabinet, in consultation with Parliament. [Shorouk (Arabic), 9/20/2012]

Cairo-based Ridge Islamic Capital said on Wednesday it has $100 million to raise its capital and invest in funds over the next two years to tap a growing market for Islamic finance. The firm was launched on Wednesday after Dubai-based regional investment company Ridge Solutions International Holdings, which is providing the $100 million, acquired Egyptian investment banking and asset management firm El Rashad. [Reuters/Ahram Online, 9/19/2012]

Defense Minister Abdel Fattah al-Sisi on Wednesday said the Armed Forces support the economy with all their capabilities. Addressing the second field army, Sisi said the strategy of the Armed Forces is to restore security with the help of the police. “This also needs economic, political and social development,” he said. Although Sisi did not explain how the Armed Forces support the economy, experts said factories belonging to the Defense Ministry make up 30 percent to 40 percent of the total production in Egypt. [Egypt Independent, 9/19/2012]

An Egyptian Interpol official said Wednesday that theoffice sought the issuance of a red bulletin, an international wanted persons alert, against the eight defendants implicated in producing an amateur film that denigrates Islam and Prophet Mohamed. Brigadier General Magdy al-Shafei said that his office had asked its counterpart in the US to arrest the defendants. [Egypt Independent, 9/20/2012]

The Public Transport Authority plans tol award workers who declined to take part in a four-day-old strike with a 10-day bonus, while threatening striking employees with dismissal. Authority head Mona Mostafa said on Wednesday the bonus would reward workers for their "devotion." Mostafa said warnings would be sent to the protesting employees. She cited the labor law which stipulates that a striking worker does not get payment for the days during which they are on strike. [Egypt Independent, 9/19/2012]

Foreign Affairs Minister: Obama is not on Morsi’s schedule in NY

Foreign Minister Mohammed Amr said that President Mohamed Morsi’s visit to New York is meant to attend the meetings of the General Assembly of the United Nations, and not an official visit to the United States. Amr said he will be preparing for the official visit of President Mohamed Morsi to Washington at a later stage. Amr added, that the meeting between Morsi and Obama remains unconfirmed given Obama’s busy campaign schedule. [Shorouk (Arabic), 9/20/2012]

Arab League chief Nabil al-Araby said Wednesday that the league, along with the Organization of the Islamic Conference, the European Union and the African Union are close to formulating an international agreement penalizing blasphemy and insults to religious figures. States should not be blamed for insults to Islam made by some individuals, Araby told reporters at the league’s headquarters in Cairo. He renewed his criticism of the US-produced film that denigrates Islam’s Prophet Mohamed and has sparked protests around the world, describing it as "valueless and trivial." [Egypt Independent, 9/19/2012]