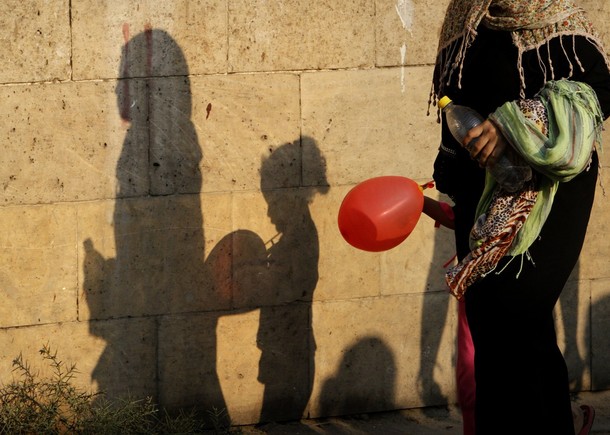 President Mohamed Morsy is not transferring legislative authority to the Shura Council, Presidency spokesperson Yasser Ali said Sunday. Ali stressed that the president adheres to Egypt’s constitutions since 1923, which state that in case of the absence of the People’s Assembly, either due a parliamentary recess or its dissolution, the power to legislate is transferred to the president until the election of a new Parliament.

[Egypt Independent, 8/20/2012] President Mohamed Morsy is not transferring legislative authority to the Shura Council, Presidency spokesperson Yasser Ali said Sunday. Ali stressed that the president adheres to Egypt’s constitutions since 1923, which state that in case of the absence of the People’s Assembly, either due a parliamentary recess or its dissolution, the power to legislate is transferred to the president until the election of a new Parliament. Ali told Al-Masry Al-Youm that lawsuits requesting the dissolution of the Shura Council, prevent transferring legislation to it in case a verdict dissolves the council, the Parliament’s upper house.

[Ahram Online, ANI/WSJ, 8/20/2012] Constituent Assembly spokesperson Wahid Abdel-Meguid denied Saturday circulating rumours that a new law proposed by Justice Minister Ahmed Mekki on Egypt’s judiciary aimed at eliminating the High Constitutional Court (HCC), adding it aims to guarantee judicial independence. Speculation regarding the elimination of the HCC circulated after Mekki and the HCC exchanged accusations earlier in the week of political bias. Mekki made statements suggesting the HCC should have postponed the case regarding the dissolution of parliament and the court in response issued a statement condemning his criticism. Ahmed Abu Bakr, a legal consultant to the Brotherhood’s Freedom and Justice Party, said that the party is planning to convene a conference of judges and lawyers to allow them to ‘contribute their vision’ to judicial reforms. Possible changes include lowering the retirement age for judges.

[Ahram Online, 8/20/2012] Flyers handed out by members of the Constitution Party during Eid El-Fitr prayers Sunday in Qena provoked mockery by members of the Muslim Brotherhood who accused the party of "mixing religion with politics." The party, recently founded by reformer Mohamed ElBaradei, was reportedly distributing flyers congratulating people on Eid El-Fitr during. "ElBaradei’s distribution of flyers during the prayers puts an official end to the statement that condemns mixing religion with politics," said Hassan El-Brens, member of the Freedom and Justice Party, the political arm of the Muslim Brotherhood.

[Ahram Online, 8/20/2012] Resident of the city of Desouk in the northwestern Nile Delta governorate of Kafr El-Sheikh have been suffering from a shortage of subsidised bread since the beginning of Eid on Sunday, according to the Al-Ahram Arabic news website. Bakeries, which serve close to three million residents in the governorate, have not received their share of subsidised wheat and have therefore been unable to produce enough bread. As a result, several bakeries in the city will be closed for the three-day Eid festival. Fawzy Abdel-Aziz, undersecretary at the supply ministry, has said the problem is not due to a shortage of subsidised wheat, and has instead accused bakeries of illegally selling subsidised wheat on the black market.

[Egypt Independent, Shorouk (Arabic), 8/20/2012] Spurred by what they see as an increasing tide of Islamization lead by the Muslim Brotherhood, 13 Coptic civil society and political activist groups decided to band together and create a coordinating body unattached to the church. Inaugurated last week, the Coptic Consultative Council is meant to work as a “unifying entity for all Christian groups, unions and institutions … aimed at reaching a common political and intellectual perspective on the big issues,” their mission statement reads. The council, which includes representatives from groups such as the Maspero Youth Union, Copts for Egypt, the Kalimah Center for Human Rights and the Egyptian Center for Minorities became an idea after a succession of sectarian clashes and tensions in different parts of Egypt.

[Egypt Independent, 8/20/2012] The Union of Lawyers for Legal Studies, an NGO, said in a statement that lawyers should defend Okasha regardless their agreement or disagreements with his political views. “Defending Okasha is defending freedom of opinion and expression, which must be guaranteed to all after the revolution, whether pro- or anti-government,” the union said in a statement. It has also formed a defense team for that purpose. Okasha’s trial is on 1 September.

Egypt army denies being attacked in Sinai while MOI confirms

[Ahram Online, EGYNews (Arabic), Youm7 (Arabic), 8/19/2012] While a military source told the state-owned news agency MENA that troops were not subject to an armed attack Saturday as circulating news claims, a spokesman of the Minister of Interior confirmed that four Egyptian policemen and a soldier was injured during an attack by armed men near Sinai. The troops were reportedly attacked with an RPG while returning from a mission where they arrested suspected militants. The attack resulted in the injury of five who were all transferred to the military hospital in Al-Arish. In the wake of the attack, Defense Minister al-Sisi arrived in Sinai today to check the army’s progress in Operation Eagle while the Nour Party sent a delegation to hold discussions challenging the ideas of the Takfir wal-Hijra militant group.

[AFP/Ahram Online, EGYNews (Arabic), 8/20/2012] The Israeli army has deployed an Iron Dome air defence system, designed to intercept and destroy rockets, days after two rockets were fired at the town of Eilat near the border with Egypt, a military spokeswoman said Monday. "An Iron Dome battery has been deployed in the town of Eilat as part of tests, momentarily modifying the sites where these systems are deployed," she said but did not give further details.

Egypt’s president to visit China and Iran this month

[Ahram Online, Egypt Independent, 8/19/2012] President Mohamed Morsi is to visit China 27 August for a three-day visit in which he will meet with Chinese President Hiu Jinato, as reported by the Egyptian president’s official Facebook page. The scheduled visit comes upon the invitation of the Chinese president. The two leaders plan to discuss crucial issues facing the Arab world, such as the Syrian situation and the Palestinian question. The two presidents will also discuss ways of enhancing commercial exchange between their respective countries, in addition to increasing Chinese investment in Egypt. Following his visit to China, Morsi will head — according to state news agency MENA — to Iran 30 August to attend the Non-Alignment Summit in Tehran, making the first visit of an Egyptian president to Tehran for more than 30 years.