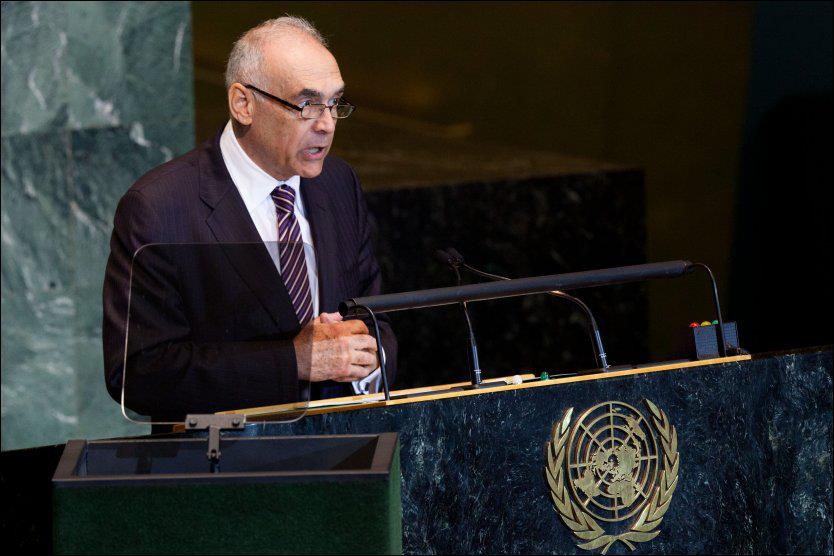 The Cairo Institute for Human Rights Studies denounced a draft law prepared by the country’s Islamist government to grant licenses and monitor the funding for non-governmental groups, describing it as continuation of the former regime’s policy which sought to “besiege” civil society.

Replacing PM Qandil is essential: Strong Egypt Party
The Strong Egypt Party has criticized President Morsi’s intention to restrict an impending cabinet reshuffle to particular ministries, al-Ahram Arabic news website reports. The party, which is led by moderate Islamist leader Abdel-Moneim Abul-Fotouh, condemned the anticipated shake-up for not incorporating the interior and finance portfolios despite what it perceives as deteriorating conditions in both areas. The party confirmed in a Wednesday statement that the presidential office had asked it to recommend some candidates for the imminent ministerial restructuring. [Ahram Online, 4/25/2013]

Cabinet: Judiciary’s independence guarantees protecting rights, freedoms
The cabinet of ministers said in a statement released on Thursday that the government respects judicial authority and independence. The statement said the independence of the judiciary and the immunity of judges are two guarantees that protect rights and freedoms. The cabinet will take part in preparing for a conference for justice that aims at reaching a consensus to achieve the common in. Meanwhile, the head of the National Council for Human Rights Hossam Al-Gheriany requested on Friday that the discussion of the proposed judicial authority law be postponed until the elections for the House of Representatives. London based al-Hayat reported that President Mohamed Morsi will meet with judicial bodies next Sunday to find a solution for the judicial crisis. The meeting will group members of the Supreme Constitutional Court, the heads of the courts of cassation and appeals, the State Lawsuits Authority, the military judiciary and the administrative prosecution. [Aswat Masriya, DNE, Ahram Online, Shorouk (Arabic), Ahram (Arabic), 4/26/2013]

Egypt’s prosecutor-general appeals court verdict ordering his removal
Egyptian Prosecutor-General Talaat Abdullah on Thursday appealed a court verdict, issued early March, to dismiss him from his position and allow the return of his predecessor Abdel-Meguid Mahmoud. Abdullah asserted that the verdict was non-enforceable on grounds that it violated both the law and constitution, State Security Attorney-General Hisham Al-Qarmooty told Ahram Online on Saturday. [Ahram Online, 4/25/2013]

Al-Azhar calls for judges to oversee election of the president of university
Al-Azhar requested on Friday that Ghobreyal Abdel-Malik, the head of the judicial body the State Council, select the judges to supervise the elections for the new head of al-Azhar University, state-owned news agency MENA reported. Al-Azhar Grand Imam Ahmed Al-Tayyeb said in a Friday statement that the electoral process should be entrusted to a committee of judges from the State Council. According to the statement, rumors have been circulating that the elections would not be supervised by judges. The president of al-Azhar University, Osama Al-Abd, was sacked after hundreds of students suffered food poisoning earlier in April. [Ahram Online, Shorouk (Arabic), Ahram (Arabic), 4/26/2013]

Al-Azhar scholars submit sukuk law objections to Shura Council
Al-Azhar’s Council of Senior Scholars submitted its objections to the new sukuk law to the Economic Committee at the Shura Council, Tuesday. Abdel Halim al-Gamal, deputy head of the Economic Committee at the Shura Council, said that the objections were “welcomed unanimously” by the Committee. He said that the Council objected to articles 1, 2, 3 4, 9, 11, 20, 22 and 30. “The scholars objected to issuing sukuk for religious endowments because they violate Sharia Law,” said al-Gamal. [DNE, 4/25/2013]

Draining Cash, Egypt On $30 Billion Search For Aid
Egypt has been knocking on doors around the region seeking billions of dollars in loans, bond purchases and grants, trying to fill rapidly draining coffers so it can keep power stations running and bakeries churning out cheap bread for the country’s millions of poor. The drive appears to have accelerated ahead of the summer, when the country’s fragile electricity network often breaks down under increased energy use and when officials have predicted a drop in wheat supplies. Many economists believe the government is postponing extensive reforms until after parliament elections to avoid austerity measures that could hurt Morsi’s majority Muslim Brotherhood party at the polls. The problem is: No date has been set for elections, and they won’t be held until the fall at the earliest. [AP, 4/26/2013]

Egypt’s Islamist groups postpone rally; March in Tahrir for judicial independence
Eight Egyptian Islamist parties and groups on Thursday announced plans to postpone planned Friday protests to call for the ‘purge’ of Egypt’s judiciary from Mubarak-era elements. According to the statement, the decision was taken to allow for an "atmosphere of calm in which to discuss the law within the framework of rationality and concern for the interests of the judiciary, which is in the interest of the homeland." The demonstration was intended to be the sequel to last Friday’s protest demanding the purging of the judiciary. Protesters marched in support of judicial independence in Cairo and Alexandria in answer to the Islamist protests. Clashes between security personnel and demonstrators were reported in Cairo. [Ahram Online, Aswat Masriya, SIS, EGYNews (Arabic), Shorouk (Arabic), AMAY (Arabic), 4/26/2013]

Egypt’s Pope says Islamist rulers neglect Copts; Sectarian clashes erupt in Beni Suef
Egypt’s Christians feel sidelined, ignored and neglected by Muslim Brotherhood-led authorities, who proffer assurances but have taken little or no action to protect them from violence, Coptic Pope Tawadros II said. In his first interview since emerging from seclusion after eight people were killed in sectarian violence between Muslims and Christians this month, the pope called official accounts of clashes at Cairo’s Coptic cathedral on April 7 "a pack of lies".  Meanwhile, clashes erupted between Muslims and Christians in Beni Suef after rumors of an interfaith romance sparked an attack on the Mar Girgis Church. Security forces intervened, firing teargas to disperse the crowd. [Reuters, AMAY (Arabic), EGYNews (Arabic) 4/26/2013]

Rights groups denounce government NGO draft law
The Cairo Institute for Human Rights Studies denounced a draft law prepared by the country’s Islamist government to grant licenses and monitor the funding for non-governmental groups, describing it as continuation of the former regime’s policy which sought to “besiege” civil society. Freedom House also expressed concern over the current draft of the non-governmental organization law that the Shura Council has been discussing. The independent watchdog said: “Efforts to pass a restrictive NGO law in the absence of a legislature raises serious concerns over the future of Egypt’s civil society.” It also called on the presidency to not take any decision until an elected parliament is able to deliberate the law. [AP, DNE, 4/26/2013]

Kamel Amr addresses UN General Assembly
Minister of Foreign Affairs Mohamed Kamel Amr addressed the United Nations General Assembly in New York on Thursday in a thematic debate on Africa. The minister’s speech focused on conflict resolution and good governance. Kamel Amr called for increased African representation in the UN Security Council. He also suggested expanding cooperation between the UN and the African Union. He stressed the importance of conflict resolution “through the peaceful settlement of political dialogue, as well as economic development, dissemination of education and reducing the spread of illegal weapons”. He added: “Military solutions have often proven to lack relevance and even resulted in fuelling conflicts and the loss of many innocent victims.” [DNE, SIS, Shorouk (Arabic), 4/26/2013]

Relations with Iran, Russia will not affect ties with US: Egyptian presidency
A spokesperson for the Egyptian presidency stated on Wednesday that the United States is keen to improve bilateral relations, as it considers Egypt a strategic ally in the region. In a press conference held on Wednesday morning in Cairo, spokesman Ehab Fahmy made it clear that forging relations with Russia or Iran will not have a negative impact on relations with the United States. Meanwhile, Russian, US, Egyptian and Arab League diplomats are pushing for a nuclear weapons-free Middle East, a goal they admit will be tough to reach. [Ahram Online, AP, 4/25/2013]