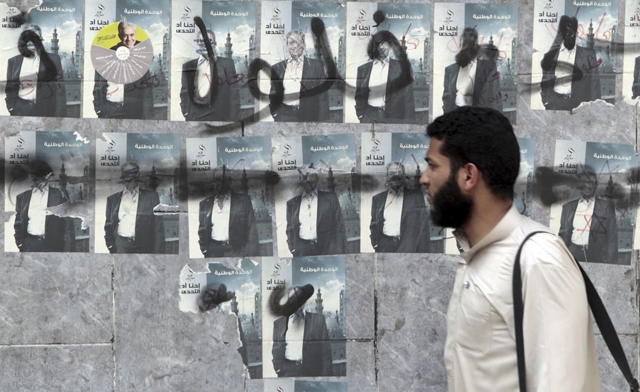 The Salafi Nour Party plans to hold daily rallies starting Tuesday in different Egyptian governorates to support Abdel Moneim Abouel Fotouh in the presidential election slated for May 23 and 24, according to the party’s spokesperson. Nader Bakkar wrote on Twitter that he plans to take part in five events supporting Abouel Fotouh’s bid, adding that a gala celebration will be held next Friday. The declaration by Nour Party and other ultraconservative Salafi groups of their support for Abouel Fotouh has infuriated the Muslim Brotherhood, Egypt’s largest political group, which had eyed Salafi support for its own candidate, Mohamed Morsy.

The Foreign Ministry on Tuesday denied reports claiming that various incidents of fraud and vote rigging have occurred as Egyptians abroad cast their votes in the presidential election. He added that some minor irregular incidents in the vote have happened, adding that these were simply individual mistakes. Roshdy said mistakes could happen when a voter’s name is signed in at a place allocated for another voter. But he said that these incidents don’t represent vote rigging. The Egyptian Embassy in Washington has said it detected three forgery attempts by Egyptians living in the US. Sameh Shoukry, Egyptian ambassador to Washington, said the Washington embassy, as well as Egyptian consulates in New York, Los Angeles, Houston and Chicago, received on Monday large numbers of ballots which, he said, are currently being counted.

The Salafi-oriented Nour Party plans to hold daily rallies starting Tuesday in different Egyptian governorates to support Abdel Moneim Abouel Fotouh in the presidential election slated for 23 and 24 of this month, according to the party’s spokesperson. Nader Bakkar wrote on Twitter that he plans to take part in five events supporting Abouel Fotouh’s bid, adding that a gala celebration will be held next Friday. The declaration by Nour Party and other ultraconservative Salafi groups of their support for Abouel Fotouh has infuriated the Muslim Brotherhood, Egypt’s largest political group, which had eyed Salafi support for its own candidate, Mohamed Morsy.

Presidential candidate Ahmed Shafiq hinted Monday that he might appoint a Christian woman as his deputy if he is elected president. At a public rally in Alexandria, Shafiq said if he finds a Christian woman who is competent enough for the position, he would appoint her, emphasizing the need to safeguard women’s rights against attempts to limit their role. Shafiq said that to restore security, problems facing security services need to be addressed and people need to show respect for security officers. Shafiq, as well as presidential candidate and former Arab Leage chief Amr Moussa, is expected to gain the support of many Christians who prioritize restoring security.

Around three hundred detainees arrested during clashes near the defence ministry in Abbasiya on 4 May have threatened to join 16 hunger strikers in a mass hunger strike on 20 May unless they are released without facing military trials. The detainees condemned trials of civilians by military courts and expressed their fears at being forgotten and used as bargaining chips by the ruling military junta and political groups. A statement released Tuesday by the No to Military Trials pressure group explained that most of the detainees had been "betrayed and arrested for no reason" by the military inside the Nour Mosque in Abbasiya and its vicinity. The statement said that some detainees had been tortured since their arrest.

Near the rock-strewn scene of a bloody anti-army protest, Islamist, liberal and other politicians sat with ruling generals this month to haggle over Egypt’s future after its first presidential vote since Hosni Mubarak’s fall. When voting starts on May 23 and 24 in a presidential race that broadly pits Islamists against men who at one time or another served under Mubarak, Egyptians still won’t know the next head of state’s permanent job description. The foundations of the state that shored up Mubarak’s rule remain firmly intact. The military establishment boasts how it sided with the people to change the man at the top, but there is no talk of a deeper institutional sweep-out. Tantawi was Mubarak’s defense minister for 20 years. Mubarak’s Interior Ministry and its hated police force remains unreformed. Egypt’s new president is likely to find pressing problems on the domestic front to distract him from taking on the army. One urgent task will be reviving an economy on the ropes after investors and tourists packed up.

Egypt’s draft budget for the fiscal year that starts in July forecasts reducing the budget deficit to 7.9 percent of gross domestic product, Finance Minister Momtaz el-Saieed said, as the country seeks an International Monetary Fund loan. The draft foresees spending of 537.7 billion Egyptian pounds ($89 billion) and revenue of 392.4 billion pounds, el- Saieed told reporters in Cairo today. Planning and International Cooperation Minister Fayza Aboulnaga told reporters today that the country targets a growth rate of 4 to 4.5 percent for the 2012/2013 fiscal year. She said the Cabinet will review the draft budget on May 16.

The information minister has warned two Egyptian Radio and Television Union news officials after administrative investigations found their coverage of the Maspero violence last October to be biased, in the union’s first tacit admission of fault since the incident. The investigations found that the head of the news department, Ibrahim al-Sayad, and a news department official, Abdel Aziz al-Helw, incited citizens during the broadcast to attack a mostly Coptic march to the Maspero state TV building. The coverage at the time was widely criticized by revolutionary forces and Coptic activists for what they called a systematic state policy of defaming those opposed to miltary rule.

A number of Egyptian medical associations and human rights organizations issued a joint statement on Monday condemning reports on the mobile medical convoy for circumcision of girls in Minya governorate, organized by the Muslim Brotherhood`s Freedom and Justice Party (FJP). They expressed their shock from the attempts to tamper with guarantees of the “bodily rights ensured by the Egyptian law for children through an amendment to the law for decriminalization of female genital mutilation, which coincided with the statement by some political movements,” which was described by the statement as “backward” on the law, and would “encourage and allow people of villages in Minya governorate to undergo female genital mutilation, as it is psychological and physical and sexual violence against girls.”