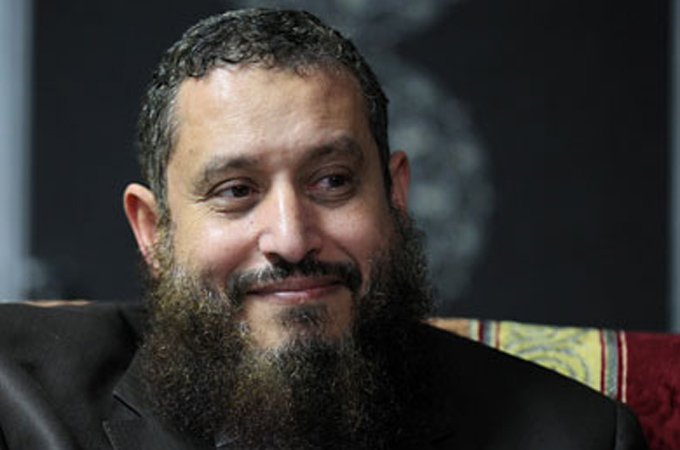 In a major development in the ongoing crisis within Egypt’s Salafist Nour Party, the party’s supreme committee withdrew confidence from its leader Emad Abdel-Ghafour on Wednesday, expelling him from the party and appointing El-Sayid Mostafa Hussein Khalifa in his place.

Deputy Shura Council speaker blames Cabinet for country’s ills
Shura Council member Tarek al-Sehry called on President Mohamed Morsy to dismiss Prime Minister Hesham Qandil’s Cabinet, describing it during a Shura Council session Wednesday as having "trembling hands and a lackluster performance." The Nour Party MP and deputy speaker of the upper house said citizens are suffering because the powers of the Shura Council have been curtailed and the People’s Assembly dissolved. He did not specify how he believes the council’s powers have been restricted. [Egypt Independent, 9/27/2012]

Al-Adl Party and al-Dustour agree on joint action in the governorates
Egypt’s Adl (Justice) and Dostour (Constitution) parties are working on the executive measures to unite into one party and begin working in governorates. Founded by former director of the International Atomic Energy Agency Mohamed ElBaradei, the Dostour Party released a statement confirming that ElBaradei met with head of the Adl Party Emad Sayed Ahmed and his deputies Hisham Akram and Hisham al-Bastawisi and other members of the politburo on Thursday morning. The Dustour Party also published a statement denying joining the Egyptian National Alliance as reported in the press. [Aswat Masriya, Ahram (Arabic), Shorouk (Arabic), 9/27/2012]

Morsi defends Constituent Assembly to US Egyptians
President Mohamed Morsi confirmed that he "does not have the right to intervene in the work of Egypt’s Constituent Assembly" during a meeting with representatives from the Egyptian community in the US following his address to the 67th session United Nations General Assembly, Wednesday. Morsi maintained that the constitution-drafting body does "include Coptic Christians, women and representatives from all sections of Egypt’s diverse society." [Ahram Online, 9/27/2012]

Church, Al-Azhar and political parties reach agreement on constitution
Political parties, the Al-Azhar and the Coptic Church, in a meeting held at the Shura Council on Tuesday managed to resolve disputes over seven out of eight articles in the new constitution, sources told Al-Masry Al-Youm. The participants in the meeting agreed to keep Article 2 as it was in the 1971 Constitution, without modification. They rejected a proposal that makes the Al-Azhar the final reference for the interpretation of the principles of Sharia and Islamic jurisprudence, replacing it with the Council of Senior Scholars. [Egypt Independent, 9/26/2012]

Spain-funded UN project seeks to aid Egyptian farmers
The Ministry of Industry and Trade is considering a US$7.5 million agricultural project in Upper Egypt that would be funded by the Spanish government in cooperation with the United Nations. The announcement was made during a conference on Tuesday that was attended by figures from the industrial, trade, and agricultural sectors who discussed ways to improve the conditions of junior farmers and enable them to promote their products both on local and international markets. [Egypt Independent, 9/26/2012]

Positive signs for the economy, says PM
Prime Minister Hesham Qandil said there are positive signs for the economy on Wednesday, pointing to Standard & Poor’s rating agency dropping Egypt from a monitoring status for the first time since the 25 January revolution, and reducing Egypt’s credit insurance rating from 7.30 percent to 4.25 percent. “The budget deficit is still huge and we are working on reducing it,” he said. “Also strikes and sit-ins are remarkably less frequent than last year.” [Egypt Independent, 9/26/2012]

Military working to extend range of missile system, says defense minister
Egypt is developing missile technology to extend the range of one its missile systems, Defense Minister Abdel Fattah al-Sisi said Tuesday. "Tests are being made to extend the range of the ‘Saqr 45’ missile to 45 kilometers instead of 20 kilometers," the minister told reporters on the sidelines of a live-fire military exercise in Matrouh, west of Cairo, which was attended by chief of staff Sidqy Sobhy and commanders of various army forces. [Egypt Independent, 9/26/2012]

CAPMAS: Media reports on number of Copts untrue
Abu Bakr al-Guindy, chairman of the Central Agency for Public Mobilization and Statistics (CAPMAS), on Wednesday said the media quoted him as saying the number of Copts in Egypt is 5.7 percent of the population. “This was according to the 1986 census,” he said. “We are willing to make it an obligatory question in the 2016 census if people want,” he added. “But it doesn’t matter, for Copts and Muslims have equal rights and duties.” [Egypt Independent, 9/26/2012]

Brotherhood to legalize status
Faisal al-Sayed, a member of the Freedom and Justice Party’s Legal Committee, on Wednesday said the party is finalizing a proposal to legalize the status of the Muslim Brotherhood as a comprehensive civil association for development, once the NGO law that was issued in 2002 is amended, as it does not provide for the new form of the group. Banned under the former regime of Hosni Mubarak, the group now is under pressure to regulate itself according to Law 84/2002 which regulates NGO activities. [Egypt Independent, 9/26/2012]

Morsy preaches new world relations in UN speech
In his first speech in front of the United Nations General Assembly, President Mohamed Morsy spared no effort, observers argued, to stress a visionary discourse for reforming international relations, in which connections depend on mutual interest and parity. Morsy’s attempt to position himself as a spokesperson for the developing world was clear Wednesday through his discussion of international economic governance and development problems within the African continent, as well as his firm stance on the Palestinian and Syrian dilemmas. He also rejected the extent to which western states allowed free expression without limitations. For a transcript of his speech in English, click here. [Ahram Online, Egypt Independent, AMAY (Arabic), 9/27/2012]

Egypt cancels regional Syria talks because of Turkey’s absence, Morsi to visit Sunday
Egypt’s Islamist President Mohamed Morsy has canceled a meeting of four regional powers on the Syria crisis because of the absence of Turkey’s prime minister from this week’s UN General Assembly, according to Egypt’s presidential spokesman. Morsi will head to Turkey on Sunday to meet both President Gul and Prime Minister Erdogan to discuss a $2 billion loan to Egypt to support its recovering economy. Turkish papers describe the relations between the two countries as having entered a “golden age.” [Egypt Independent, EGYNews (Arabic), 9/27/2012]