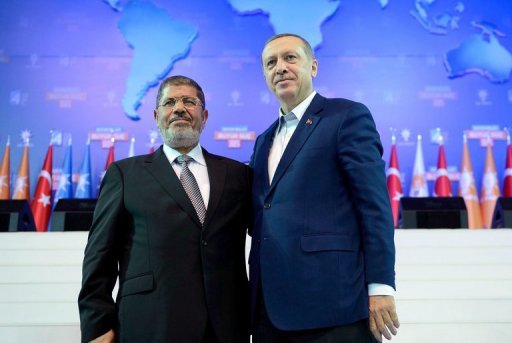 The Muslim Brotherhood’s Freedom and Justice Party (FJP) has begun the nomination process for electing the party’s president. Elections are to be held on 19 October, FJP sources said. Mona Al-Moshaklat, a member of FJP’s women’s committee, said that Essam Elerian and Mohamed Al-Beltagy are said to be the top nominees for the presidency. She was uncertain as to whether Saad Al-Katatni, former speaker of the parliament, will nominate himself or not. [Daily News Egypt, 9/30/2012]

Popular Egyptian leftist politician and former presidential candidate Hamdeen Sabbahi said on Saturday he is confident a coalition of leftist groups he is working to unite will be strong enough to defeat Islamists and win a parliament majority. With a parliamentary vote expected before the end of the year, Sabbahi is building on his gains from the presidential race and working to form a strong, organised bloc to run for parliament. [Ahram Online, 9/30/2012]

Armed forces, police set to lose out to presidency in Egypt’s next constitution

Egypt’s January 25 Revolution served to magnify tensions between the army and police on one hand and the Egyptian people on the other. The general sense is that the military’s traditional authorities will be curtailed under the new constitution, giving it partial – rather than absolute – independence from other branches of government. As for the role of the police under the new constitution, the draft charter includes only a single article, as had been the case in Egypt’s 1971 constitution, which failed to state that the president represented the commander-in-chief of the police apparatus. [Ahram Online, 9/30/2012]

A human rights group has sued the state-owned Sawt El-Shaab (Voice of the People) TV channel, which specialises in airing sessions of Egypt’s parliament, for broadcasting the Freedom and Justice Party’s recent conference. Hafez Abu-Seida, head of the Egyptian Organisation for Human Rights (EOHR), filed the complaint with the general prosecutor on Monday to demand an investigation into the decision to grant the party two hours of peak time "advertising" on a state-owned TV channel. [Ahram Online, 10/1/2012]

Egypt’s Cabinet is teaming up with the private sector to prepare a national programme for employment and training with the goal of reducing joblessness to 6 per cent by 2022, the country’s state information service said on Friday. Official figures show an unemployment rate of around 13 per cent as of mid-2012, with some 3.395 million Egyptians officially out of work. Minister of Planning and International Cooperation Ashraf El-Arabi was quoted as saying the government aims to reduce Egypt’s unemployment rate to 9.5 per cent by 2017 and 6 per cent by 2022. [Ahram Online, 10/1/2012]

The IMF has delayed sending a team to Cairo to negotiate a $4.8 billion loan while the Egyptian government works to complete its economic reform programme, a newspaper quoted the country’s Finance Minister as saying. Egypt was due to receive a team from the International Monetary Fund at the end of September to discuss the terms of the loan. [Reuters, 10/1/2012]

Egypt’s state petroleum authority is set to receive a $235 million loan from the Saudi Arabia-based International Islamic Trade Finance Corporation (ITFC), the Egyptian finance ministry said on Sunday. The Egyptian ministers of finance, international cooperation and petroleum will jointly sign the lending agreement on Monday with a representative of the Islamic Development Bank Group, to which ITFC belongs. The Egyptian Petroleum Corporation will be in charge of repaying the loan, with the Ministry of Finance acting as guarantor in cause of default. [Ahram Online, 10/1/2012]

Liberals, modernists and secularists are infidels and must be brought to trial for abandoning Islam, according to an ultra-conservative preacher in the Muslim Brotherhood. In a video posted on the YouTube channel of the privately owned newspaper Al-Shorouk newspaper on Sunday, preacher Wagdy Ghoneim said: “If they do not repent, the judge must apply the penalty for apostasy. [Egypt Independent, 9/30/2012]

Egypt’s doctors are to start a partial strike Monday calling for an increase in the portion of the state budget apportioned to healthcare to 15 per cent and that Egypt would abide by international agreements and better its health system. Members of the Doctors’ Syndicate agreed to start a partial hospital strike during a syndicate meeting 21 September. The partial strike excludes emergency treatment and critical health services. [Ahram Online, Egypt Independent, 9/30/2012]

The gates of the American University in Cairo campus, which have been shut for more than 10 days due to a student-led sit-in, were opened, Monday, after an agreement was brokered between the university administration and the demonstrators. Dissatisfied with the seven per cent rise in tuition fees this academic semester, a group of students initially barred the gates on 13 September and 20 September, before permanently closing the entrance on 23 September. [Ahram Online, 10/1/2012]

Mohamed Morsy is willing to meet with Israeli President Shimon Peres and other Israeli officials following the US presidential election, according to a senior Egyptian official. The official, who had accompanied Morsy to the United Nations General Assembly in New York last week, speaking on condition of anonymity, told the Israeli newspaper Israel Today that the meeting would be under US auspices, to “reduce the gaps” in Egypt-Israel relations since the fall of Hosni Mubarak. [Egypt Independent, 9/30/2012]