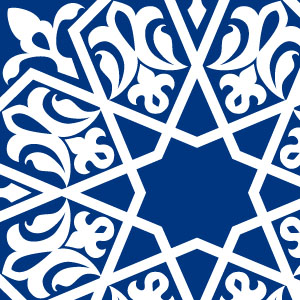 The United States said on Friday it was forming a “core coalition” to battle Islamic State of Iraq and al-sham (ISIS) militants in Iraq, calling for broad support from allies and partners but ruling out committing ground forces. President Barack Obama sought to use a NATO summit in Wales to enlist allied support in fighting the Islamist militants, but it is unclear how many nations might join the United States in air strikes in Iraq.

Democratic Current suspends negotiations with Egyptian Wafd Alliance
The Democratic Current, an electoral alliance led by Hamdeen Sabbahi’s Popular Current, announced on Friday it has suspended negotiations over a merger with the Egyptian Wafd Alliance. The decision came in the wake of statements by Wafd Party head, Al-Sayed al-Badawy, in which he claimed a merger of the alliances would lead to failure. [Shorouk (Arabic), 9/5/2014]

Minister says electricity crisis over, situation stable
The electricity crisis Egypt witnessed on Thursday is over, Electricity Minister Mohamed Shaker said on Friday, assuring stability of the situation. Shaker also denied any no load reduction on the national electricity grid, reported state-run MENA agency. The minister said that up to 90 percent of the capacity of the national electric grid has been restored, promising full capacity restoration earlier on Friday. [Aswat Masriya, Ahram Online, EGYNews (Arabic), 9/5/2014]

Military spokesman: Sixteen militants killed, ninety-four arrested in five days
Military spokesman Mohamed Samir said in a statement on Facebook that, in a series of raids, security forces killed sixteen militants, and arrested ninety-four in the past five days. He added that the raids took place in the North Sinai, Ismailia, Daqahleya, Sharqeya, Kafr al-Sheikh and Alexandria governorates. According to Samir, twenty vehicles and fifty-five motorcycles, said to have been used in terrorist attacks against security forces, were also seized. Six terrorist hotbeds in North SInai were also destroyed. [Shorouk (Arabic), 9/4/2014]

Serious human rights violations committed in Tripoli and Benghazi, says UN
The United Nations has detailed a series of serious international human rights violations and breaches of humanitarian law in a report on fighting in Tripoli and Benghazi. The report calls on armed groups to “comply with the principles of distinction, proportionality, and precautions in attack.” The international body has warned that individuals could be held criminally responsible; last month the UN Security Council extended UN sanctions to include anyone endangering Libya’s stability and democracy. No list of those to be charged or sanctioned has yet emerged, but as many as 250 individuals are believed to be affected. [Libya Herald, 9/4/2014]

Embassy rejects Abu Sahmain’s order to close
The Libyan embassy in the United Arab Emirates (UAE) has dismissed an order from Nuri Abu Sahmain, head of the former General National Congress (GNC), to close. Earlier this this week, Abu Sahmain ordered the Libyan embassies in Egypt and the UAE to close because of the two countries’ alleged involvement against Islamist forces in Tripoli. In a statement posted on its Facebook page, the Libyan ambassador to the UAE said that the orders had no validity and that the House of Representatives was the only legitimate parliament in the country. The Libyan embassy in Cairo has also ignored the order. [Libya Herald, 9/5/2014]

British ambassador and special envoy hold talks in Misrata
British Ambassador Michael Aron and British Special Envoy to Libya Jonathan Powell visited Misrata where they met with six of the city’s eight House of Representatives members. The members are boycotting the parliament, claiming its inauguration was unconstitutional. Some are reported to have been working with the resurrected General National Congress in opposition to the House. The British have denied reports that they are mediating between the rival sides. However, a British official has said that Aron and Powell are “using their good offices” to try and help bridge the divide. [Libya Herald, 9/4/2014]

Report finds defense ministry spending doubled in 2013
The audit bureau has completed a report detailing the defense ministry’s spending in 2013, highlighting that the ministry overspent its budget allocations and also incurred expenditure on items not included in the original budget. The report documented other violations, such as transfer of funds to “people with no relation to defense” and “setting up accounts in private banks against finance ministry regulations.” The ministry’s actual spending in 2013 was LD8bn ($6.4bn), suggesting that expenditure increased significantly from 2012, for which the audit bureau said expenditures reached LD4.3bn ($3.4bn). [Libya Monitor (subscription), 9/5/2014]

UN cites concerns over possible gaps in Syria’s declared chemical arms
The United Nations said on Thursday that discrepancies and questions still surround Syria’s chemical weapons declaration. Sigrid Kaag, head of a joint UN and Organization for the Prohibition of Chemical Weapons (OPCW) mission overseeing the destruction of Syria’s chemical weapons, said that since the Syrian government submitted its original declaration late last year, Damascus had made amendments to its previously declared volumes. The US ambassador to the United Nations and current president of the Security Council, Samantha Power, echoed OPCW concerns and extended her comments to include the threat of chemical weapons landing in the hands of the Islamic State in Iraq and al-Sham (ISIS). [Reuters, 9/05/2014]

American among eighteen ISIS jihadists killed in Syria raid
Eighteen foreign fighters from the Islamic State, including an American jihadist, were killed in a Syrian air raid on the oil rich province of Deir Ezzor, near the group’s main stronghold city of Raqqa in eastern Syria, a human rights monitoring group said on Thursday. The death of another American fighting with the Islamic State in Iraq and Syria (ISIS) follows confirmations by US officials of at least a dozen Americans believed to be fighting with the jihadist group in both Iraq and Syria. US law enforcement officials have also identified a French born American citizen, Ahmad Abousamra, who is suspected of joining ISIS and leveraging his technical expertise and social media savvy to promote the jihadist group’s elaborate social media and communication network. [ABC, Reuters, 9/5/2014]

US confirms joint alliance to counter ISIS militants
The United States said on Friday it was forming a “core coalition” to battle Islamic State of Iraq and al-sham (ISIS) militants in Iraq, calling for broad support from allies and partners but ruling out committing ground forces. President Barack Obama sought to use a NATO summit in Wales to enlist allied support in fighting the Islamist militants, but it is unclear how many nations might join the United States in air strikes in Iraq. A NATO official said that while individual members and partners would provide security assistance, the alliance would help coordinate supplies and serve as a clearinghouse to matching available airlift with deliveries. European officials, however, dismissed allegations of possible coordination with the Assad regime. They noted that the regime and its leader present obstacles rather than viable solutions to combating the ISIS threat. [Asharq al-Awsat, The Guardian, 9/5/2014]

High expectations ahead of major international investment conference in Tunis
Minister of Coordination and Economic Affairs Nidhal Ouerfelli confirmed the participation of more than thirty states and twenty international financial and economic institutions in the upcoming “Invest in Tunisia: Start-up Democracy” conference. The highly anticipated conference is expected to highlight expanding investment opportunities while affirming the strength of Tunisia’s stabilizing economy.[TAP, 9/5/2014}

Independent electoral authority releases final registration figures
Tunisia’s Independent High Authority for Elections (ISIE) announced Wednesday that 993,696 Tunisians registered to vote during the 2014 registration period. The final count comes after a second extension of the registration period amidst criticism from civil society as numbers continued to fall short of ISIE’s targets. This figure brings the total number of voters to 5,236,244. Tunisia will host legislative elections on October 26. Presidential elections will take place on November 23, with a second round slated for December 28, if needed. [Tunisia Alive, 9/5/2014]

Interim prime minister confirms terrorist threats remain a concern
Interim Prime Minister Mehdi Jomaa confirmed that terrorist threats remain a primary concern but pointed out the rise of efforts aimed to curb the scourge with the arrest of terrorists weekly. He revealed that some 1,500 persons involved in terrorist cases were arrested during the last six weeks. He said that the terrorist groups scattered in a certain number of regions seek to undermine the foundations of the state. The prime minister welcomed international collaboration in combating terrorism and reaffirmed his administration’s commitment to overseeing safe elections and combating security threats as they arise. [TAP, 9/5/2014]

Belgium ordered to pay accused Tunisian bomb plotter extradited to United States
The European Court of Human Rights ruled on Thursday that European states should not extradite people to face the rest of their lives behind bars without the possibility of release, ordering Belgium to pay a settlement to a Tunisian man it had deported to the United States. The case was brought by Nizar Trabelsi, sentenced in Belgium in 2003 to ten years for attempting to blow up a Belgian military base, which houses US soldiers. Trabelsi, whom a US indictment says met al-Qaeda leader Osama Bin Laden in Afghanistan in 2001, and offered to attack US targets, was extradited to the United States in October 2013. He is currently in jail, awaiting trial. [Reuters, 9/5/2014]

Arab League, Saudi, France calls on parties to support Hadi’s efforts
The Arab League, at the end of its 142nd session at the delegate level held in Cairo, urged all Yemen political forces, including Houthis, to adhere to President Abdrabbo Mansour Hadi’s initiative as an appropriate solution and the only way to defuse the current crisis facing the country. The Arab League urged that a political solution be found through dialogue and consensus, condemning the escalation of protests as unproductive. Saudi Arabia and France also announced on Thursday their rejection of Houthi actions to undermine security and the political transition in Yemen. League delegates welcomed setting September 24 as a date for convening the ministerial meeting of the Friends of Yemen group on the sidelines of the United Nations General Assembly meetings in New York. [Yemen Post, SABA, Al Masdar (Arabic), 9/5/2014]

Houthi spokesman discusses timeframe for escalation; Counter-protests underway
Houthi spokesman Mohammed Abdulsalam said, “The third phase of escalation will remain open ended and will utilize various means and options [for protest[ until the state responds to the demands of the people. If you do not respond, we will continue in our peaceful protests.” Popular counter-protests, however, erupted on Thursday in the Mawiya directorate condemning what it characterized as the armed Houthi siege on Sana’a. Similar mass protests occurred in the Bani Harith directorate of Sana’a, with the tribes’ rejection of the use of force and in support of a unified nation. [Marib Press, 9/4/2014]

Kidnapped Saudi diplomat in Yemen pleads for his release
A Saudi diplomat kidnapped in Yemen by Al-Qaeda, since 2012, has appeared in a two-minutes video appealing his people to negotiate his release, a video posted Tuesday on Al-Qaeda’ Al-Malahem media network. Vice Consul of Saudi in Aden Abdullah Al-Khalidi plead his Saudi tribe in particular to call for his release and appealed for the fifth time to the “Saudi people” to consider his condition and free women prisoners in Saudi Arabia arrested on the charges of their involvement in al-Qaeda’s operations. He also addressed the US air strikes in Yemen saying, “US planes take off from Saudi bases to attack Muslims in the country of Yemen, and we pretend to be Muslims, claiming to protect Islam.” [Yemen Post, Al Masdar, 9/4/2014]

Qatar intervenes to help free kidnapped Lebanese soldiers
A Qatari delegation arrived in Lebanon and headed to the northeastern border town of Arsal to meet with the Islamist gunmen, media reports said on Friday. The delegation was expected to meet with militants at the Syrian Qalamun border region in order to negotiate the release of abducted Lebanese soldiers and policemen, who were taken hostage last month after militiamen overran Arsal. Later reports indicated that the Qatari delegation concluded the first round of meetings with Nusra Front commanders and was prepared to bring their demands to the Lebanese government. [Naharnet, 9/5/2014]