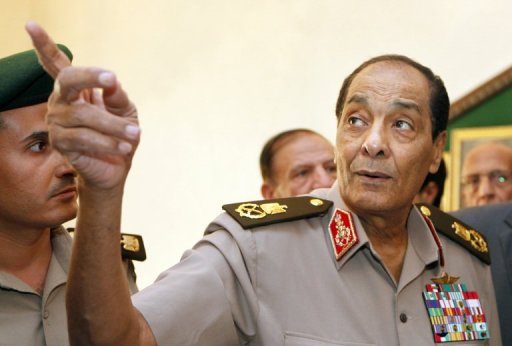 The United States urged Egypt’s military on Monday to move swiftly on plans to transfer full power to an elected civilian government and suggested failure to do so would prompt a review of U.S. ties, which includes billions of dollars in military and civilian aid. Both the State Department and the Pentagon – which oversees the close military links between the two countries – voiced concerns over moves by Egypt’s generals to tighten their grip on power despite a presidential vote aimed at sealing the country’s democratic future.

[Ahram Online, Al Ahram (Arabic), 6/19/2012] Farouq Sultan, head of Egypt’s Supreme Presidential Elections Commission (SPEC), on Monday announced that procedures for determining final vote counts in Egypt’s recently concluded presidential runoff were still underway in 14 governorates. Sultan stressed that vote-counting procedures had only been completed in 13 out of Egypt’s 27 governorates. He pointed out that final results – or speculation as to the winner – could not be announced until all vote tallies had been gathered from the governorates and double-checked according to SPEC procedures and all appeals had been examined. On Monday, SPEC Secretary-General Hatem Bagato, at a press conference at Egypt’s foreign affairs ministry headquarters in Cairo, announced final results of the expatriate vote. See article for the results.

[Egypt Independent, 6/19/2012] Former presidential candidate Hamdeen Sabbahi has said he is working to form a large, organized political group that might include his Karama Party and Mohamed ElBaradei’s Constitution Party. Sabbahi, who ranked third in the first round of the presidential election on 23 and 24 May, sand his bloc would serve as a real competitor in the next parliamentary elections. Sabbahi said the next president will be weakened by the supplement to the Constitutional Declaration issued by the ruling military council late Sunday. Sabbahi voiced his objection to the addendum. He said the Brotherhood’s political greediness frustrated secular groups that had hoped to engage with the group as a revolutionary partner. He predicted that the recently announced Constituent Assembly formation might be annulled by a court verdict, noting that discussions are taking place for a consensus formation.

FJP says has not met with political groups over new Cabinet

[Egypt Independent, 6/19/2012] The Muslim Brotherhood’s Freedom and Justice Party has denied reports that it is consulting with political groups about the formation of a new Cabinet. The party’s deputy chairman, Essam al-Erian, said in a statement Tuesday that forming a new Cabinet would be the responsibility of the country’s new president alone. He also denied that the party made any statements pertaining to the next president and to whom he should deliver his presidential oath. FJP presidential candidate Mohamed Morsy, who leads the unofficial results of the vote, had assured political players that, if elected, he would form a coalition government representing various political trends.

[Ahram Online, Al Ahram (Arabic), 6/19/2012]  A military source has spoken to MENA, the official state news agency, disputing reports that the SCAF (Supreme Council of Armed Forces) appointed Major General Abdel Moman Abdel Bassier as the new presidential chief of staff on Monday, adding that Abdel Bassier was only appointed to supervise the finanical and administrative affairs of the presidency. On Monday, some news agencies reported that Abdel Bassier had been appointed as the chief of staff by the SCAF. This was seen by a number of political and revolutionary forces as further evidence of the ruling military council’s efforts to limit the powers of the incoming president.

[Ahram Online, 6/19/2012]  Egypt’s ruling Supreme Council of the Armed Forces (SCAF) has formed a National Defence Council, as announced on Thursday, 14 June, in the official state gazette, which publishes any new constitutional or legislative documents when they are issued. The formation of the council was not publicised by the SCAF. The SCAF, however, has yet to provide a description of the tasks that are or shall be assigned to the newly-constructed body, which does not have a precedent in recent Egyptian political history. The announcement of the National Defence Council came two days before the SCAF abruptly introduced an addendum to the military-authored March 2011 Constitutional Declaration, which, critics say, gives the military council unfettered powers and diminishes the role of the new president. (For members list, see article.)

[Ahram Online, Al Youm Al Sabi` (Arabic), 6/19/2012] Cairo’s High Administrative Court has adjourned until 1 September a lawsuit calling for the dissolution of the Muslim Brotherhood. The court also adjourned until 4 September a separate lawsuit looking into whether the Brotherhood’s political arm, the Freedom and Justice Party, will be dissolved on the grounds of violating laws that ban the formation of political parties on a religious basis. The lawyer who brought the case against the Brotherhood to court, Shehata Mohamed Shehata, claims the country’s largest Islamist group has illegally engaged in both political activities and the provision of social services since the 1930’s despite being an officially banned political organisation since 1954. Shehata says the Brotherhood has failed to abide by a 2002 law governing the functions of non-governmental organisations, which forbids such groups operating as religious-based political parties.  The penalty for failing to abide by the law, claims Shehata, is dissolution of the group.

[Ahram Online, 6/19/2012] A member of the Revolutionary Youth Coalition, Yasser Farouk Abdel-Hafiz presented an official complaint on Tuesday to the office of the Prosecutor General against Egypt’s de-facto ruler, Field Marshal Hussein Tantawi head of the ruling Supreme Council of the Armed Forces (SCAF). The submission alleges that the SCAF squandered approximately 2 billion Egyptian pounds over the parliamentary elections, and attempts to waste the same amount in repeating the process as parliamentary elections will be reheld later this year after the parliament was dissolved last Thursday by Egypt’s High Constitutional Court. Abdel-Hafiz accused SCAF of having intended to dissolve parliament earlier, but deciding to postpone it for political reasons. He cites as evidence of this Prime Minister Kamal El-Ganzouri’s threats to dissolve the People’s Assembly in response to parliamentary attempts to withdraw confidence from Ganzouri’s government in March and April, 2012.

[Reuters, 6/19/2012] The United States urged Egypt’s military on Monday to move swiftly on plans to transfer full power to an elected civilian government and suggested failure to do so would prompt a review of U.S. ties, which includes billions of dollars in military and civilian aid. Both the State Department and the Pentagon – which oversees the close military links between the two countries – voiced concerns over moves by Egypt’s generals to tighten their grip on power despite a presidential vote aimed at sealing the country’s democratic future.

[AFP, 6/19/2012] France on Tuesday voiced concern that Egypt’s military appeared to be clinging to power after a pivotal presidential vote, and called for a speedy return to democracy. "A quick and orderly handover of all powers to the civil authorities elected democratically is the best way to respond to the aspirations of the Egyptian people," foreign ministry spokesperson Bernard Valero told reporters.